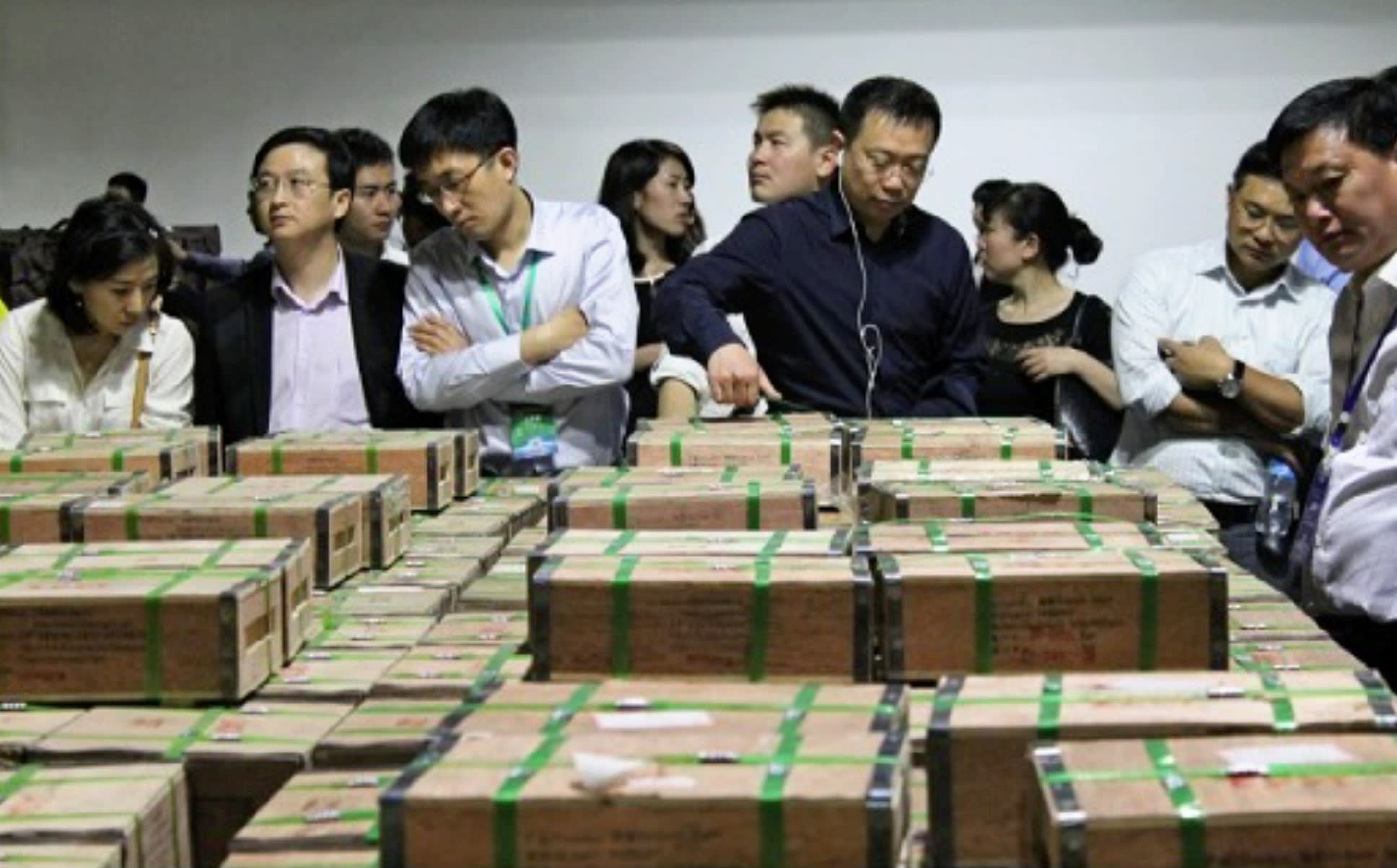 TOKYO -- Confusion is running high over the monthslong trading halt at China's Fanya Metal Exchange, with angry investors staging protests and the possibility of its bankruptcy threatening the very existence of rare metal producers.

The commodity exchange, located in the southern province of Yunnan, handles 14 kinds of rare metals. It stopped trading in July and has not said when it will resume operations.

Individual investors account for a large chunk of the trading at the exchange. Many of them have joined nationwide protests demanding that the bourse explain what is going on and return their money. It appears increasingly likely that the exchange will fold, which would have far-reaching repercussions.

The Fanya Metal Exchange began trading in 2011 and expanded rapidly on the back of China's investment boom. A property investment bubble was forming at the time, and alongside that trend was an upswelling of speculative buying of rare metals. The large stockpiles of these metals held in the exchange's warehouses reflect just how dramatic that increase was. 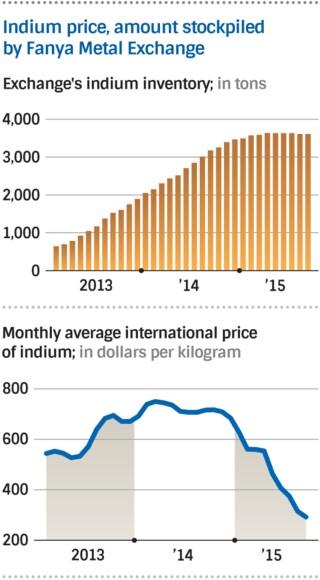 Stocks of indium, used mainly for the transparent electrode material used in LCD panels, jumped more than 400% to 3,500 tons in the two years through 2015, more than triple global demand. In 2014, speculative demand shot up in China, a major producer of indium, making it difficult to source the rare metal for commercial use. At one point, Indium was trading at $750 a kilogram, about three times the current level.

However, concerns about the Fanya exchange began surging at the end of 2014. Investors started asking if the rare metals they bought were really being held at the exchange's warehouses. Eventually, the authorities conducted an on-site audit. Skittish investors increasingly shied away from the exchange, causing transaction volume to plummet. With commission revenue plunging, the exchange halted trading, offering no real explanation. It has also postponed interest payments to investors. Though the market initially said it would reopen in September after revising its trading system, there are no signs of a restart happening anytime soon.

In late September, several hundred people gathered outside the China Securities Regulatory Commission in Beijing, calling on the authorities to investigate the exchange. Speculation is rife that it is heading for bankruptcy. If that happens, its investors will still own the rare metals they purchased, but that would likely only create more confusion. Said one industry insider, "There are more than 200,000 people who own massive stocks of rare metals; it will take at least two years to sort them out."

Meanwhile, the prices of rare metals threaten to sink further. If massive stocks are released to the market, the increased supply will likely lead to sales at hefty discounts. Amid falling prices of natural resources such as crude oil and the softening of the Chinese economy, demand for rare metals there has been weak. China is a major producer of rare metals, and many companies there have continued to produce them despite losing money at the current price levels. These companies are in danger of going under should prices keep sliding.