Xi Jinping, Volkswagen and the fall of platinum 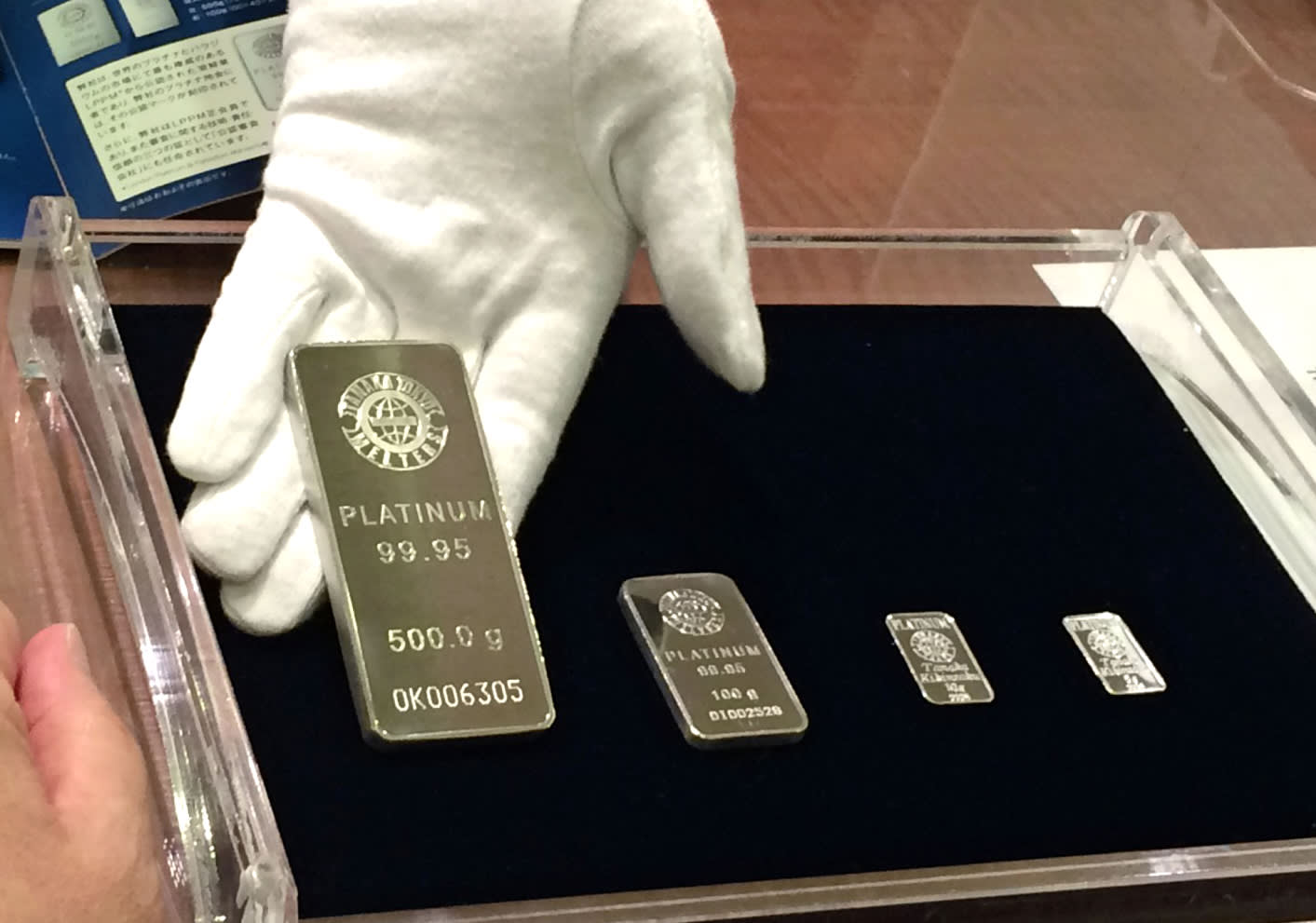 Platinum is cheaper than it used to be. German automaker Volkswagen's emissions scandal is one factor that has pushed down prices of the precious metal.

TOKYO -- Platinum has always cost more than gold due to its scarcity and high production cost, but it became less expensive than the yellow metal at the beginning of 2015. 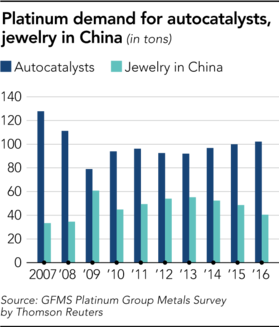 Since early 2015, though, gold has been more expensive than platinum, with the price gap briefly widening to $370.

The longest- and largest-ever reversal of prices of these two metals came about due to concerns about what is happening on the Korean Peninsula, politics in China and the shunning of diesel cars.

Only 10% of gold production is for industrial use. Half goes toward jewelry, which many people in Asia and elsewhere buy as assets and gifts.

Meanwhile, 60% of platinum is used in petrochemicals and other industrial materials. Of this, 40% is used in catalysts that clean automobile emissions. Overall, nearly 30% of platinum goes into jewelry. Individual investors buy up less than 10% of platinum production.

Platinum prices have been dragged down by sluggish catalyst and jewelry demand.

Platinum catalysts are more often used in diesel vehicles, which are common in Europe, than in gasoline-powered vehicles. Nearly 80% of demand for catalyst platinum is from diesel vehicles.

Something else happened in 2015 -- Volkswagen's emissions scandal blew up, casting a cloud on diesel engines. Earlier this year, France and the U.K. announced that they would ban the sale of gasoline and diesel vehicles by 2040.

China has also said it will stop sales of gasoline vehicles and switch to electric and other environment-friendly vehicles.

This autumn, the price of palladium, a platinum group metal, also briefly surpassed that of platinum for the first time since the early 2000s, when supply concerns leaned on the market.

Autocatalysts account for more than 70% of palladium demand, surpassing that for platinum. However, unlike platinum, which is mainly used for diesel vehicles, nearly 80% of palladium is for gasoline vehicles. Precious metal experts say a decline in demand for catalysts will have a more serious impact on platinum than on palladium.

Over the past few years, technologies have been developed that allow for more use of palladium, which is cheaper than platinum. As a result, platinum demand for catalysts fell 20% from 2007 to 2016. Demand for catalyst palladium jumped more than 50% during the same period.

According to GFMS Platinum Group Metals Survey by Thomson Reuters, platinum demand for jewelry in China came to 40.4 tons in 2016, down 34% from its recent peak of 60.8 tons in 2009.

The case for gold High expectations may have helped create the recent electric vehicle boom. With the spread of electric vehicles, oil demand is expected to start declining in the late 2020s.

That said, automakers have started taking steps to cope with environment-focused policies adopted by major countries. So the bullish scenario that prevailed in the metals market a decade ago had to be revised because it assumed that demand for autocatalyst platinum would increase due to the expansion of auto sales and environmental regulations.

With Xi strengthening his power base at the recent Chinese Communist Party's national congress, the two factors holding down platinum prices will likely remain for some time.

In Japan, individual investors began stepping up their purchases of platinum in 2015 and continued to be platinum bulls last year. They were following the old investment saw, "buy low." Elsewhere, though, investors remained pessimistic toward platinum.

However, at the start of this year Japanese buyers began rethinking their platinum bets. In the first nine months of this year, Japanese precious metal trader Tanaka Kikinzoku Kogyo sold 5,810kg of platinum bullion, down nearly 50% from the same period last year.

Gold is likely to remain more expensive than platinum for some time as concerns about global matters deepen.