Byron Wien says Trump has 'reduced confidence' in the US 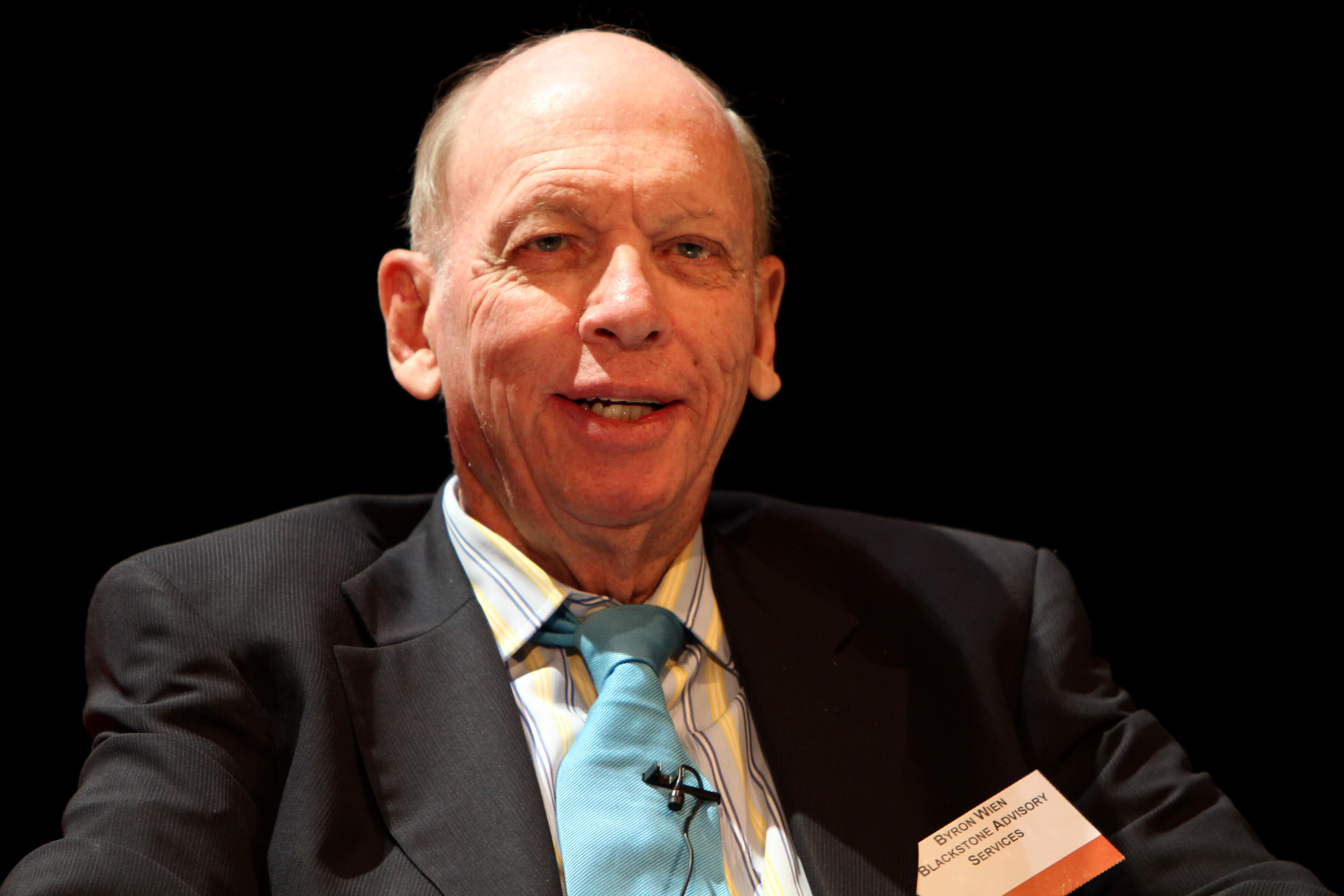 TOKYO -- Byron Wien, vice chairman of private wealth solutions at the Blackstone Group, has published a list of "Ten Surprises" every year for more than three decades now. In the 2017 list, he predicted that some currencies will weaken against the dollar, with countries like Japan benefiting.

But speaking at a media roundtable in Japan on Tuesday, the soothsayer of Blackstone admitted this is one of the things he might be proven wrong on. Among of the surprises Wien listed back in January were that the yen would fall to 130 to the dollar and the Chinese yuan, also called the renminbi, would depreciate to 8 against the greenback.

He saw these moves coming on the back of strong U.S. economic growth and tighter monetary policy from the U.S. Federal Reserve. However, on Tuesday he relented a bit. "Maybe," he said, "this is one I will get wrong."

Political uncertainties surrounding U.S. President Donald Trump show no sign of abating and could end up weakening the dollar. At this point, however, Wien has not altogether abandoned his stronger-dollar scenario. "I think the rising dollar will be a positive for Asia," he said. "I expect the renminbi to depreciate, and I think that will be good for China. The rising dollar is going to be good for trading partners [of the U.S.] and I don't think that will hurt [the U.S.] too much."

Wien defines a "surprise" as an event that the average investor would only assign a one-third chance of taking place but which he believes has a better than 50% likelihood of happening.

Meanwhile, there is one Trump-related prediction Wien is increasingly confident he is right on. That is, Trump will realize "he has been all wrong" about China.

Contrary to the hostilities Trump showed toward China while campaigning, the president has been warming up to the rival superpower. He hosted Chinese President Xi Jinping at his Mar-a-Lago resort in Florida. Furthermore, Trump and Xi quickly agreed on a 100-day plan to address the thorny trade imbalance between their nations.

"Now [Trump] realizes China is the second largest economy in the world," Wien said, "and having a hostile relationship with China is not good for the U.S. He is [no longer] talking about China as a currency manipulator -- my view is that China's currency is overvalued not undervalued, and he is coming around to that point of view. I think he has learned that some of the things he said during the campaign may have gotten him moments, but they just aren't workable in the real economy."

China is only one issue on which Trump the president has done an about-face from Trump the candidate. So often have these reversals occurred that Wien, a Democrat, said he has joked to Stephen Schwarzman, chairman of Blackstone and the head of Trump's economic advisory council, that Wien "could vote for Trump now."

Nevertheless, there is one habit Trump has kept throughout his campaign and his presidency, and something Wien says he does not like: the president's social media rants.

"There are a lot of ways I'd like to restrain Trump [from using Twitter], but first of all I don't think it is possible," Wien said. "You know, when you are over 70 -- and I am over 70 -- you wake up in the middle of the night and have to go to the bathroom. I go to the bathroom, and then I go to bed. He goes to the bathroom but then he goes to his twitter account.

"That's not been good for America."