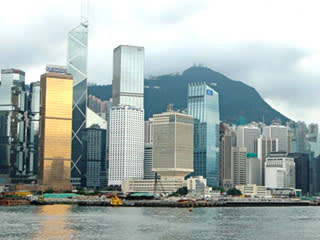 HONG KONG -- A number of Chinese securities companies have their sights set on dual listings in Hong Kong, which could help turn a return of foreign capital to China's equities market into sizable gains.

As of mid-May, three brokerages already listed in Shanghai -- China Merchants Securities, Orient Securities and Everbright Securities -- had completed applications to list on the Hong Kong stock exchange, the bourse here said. Everbright could make its debut as soon as June.

Huatai Securities and GF Securities found success when they listed here in 2015. Huatai raised 33.9 billion Hong Kong dollars ($4.36 billion) with its June debut -- the largest of the year.

The latest listing plans come amid speculation that yuan-denominated stocks on the mainland could soon be included in the MSCI Emerging Markets Index, a benchmark for investors around the world. The Hong Kong and Shanghai bourses already feature a stock connect system allowing investors in either location to trade on both markets through local securities companies. A similar link between Hong Kong and Shenzhen is set to come online soon, further boosting expectations that foreign capital from Hong Kong could surge into the mainland.

A successful listing under the Hong Kong bourse's globally recognized standards would boost securities companies' creditworthiness, making it an important step for mainland brokerages looking to snag some of the inbound foreign capital.

Still, some are doubtful about the wisdom of listing. Circumstances are different now than they were through last year, said Patrick Pun, chief investment officer at Astrum Capital Management. Huatai Securities debuted during a period of unprecedented activity on China's equities market. The crash that followed sent stock prices on the mainland and in Hong Kong into free-fall, leaving turnover at multiyear lows.

Some expect that a surge of buying by investors in index funds and other instruments could spur a turnaround if stocks on the mainland market are in fact included in the MSCI index. But China's ongoing economic deceleration means even that inclusion is not guaranteed to bring capital back, an asset manager for Victory Financial Group said. Capital flight from Hong Kong to the U.S. could also pick up speed as that country continues to hike interest rates, Pun noted. A number of hurdles stand in the way of brokerages' success, however carefully planned.