Equity crowdfunding in Japan poised to grow fivefold this year 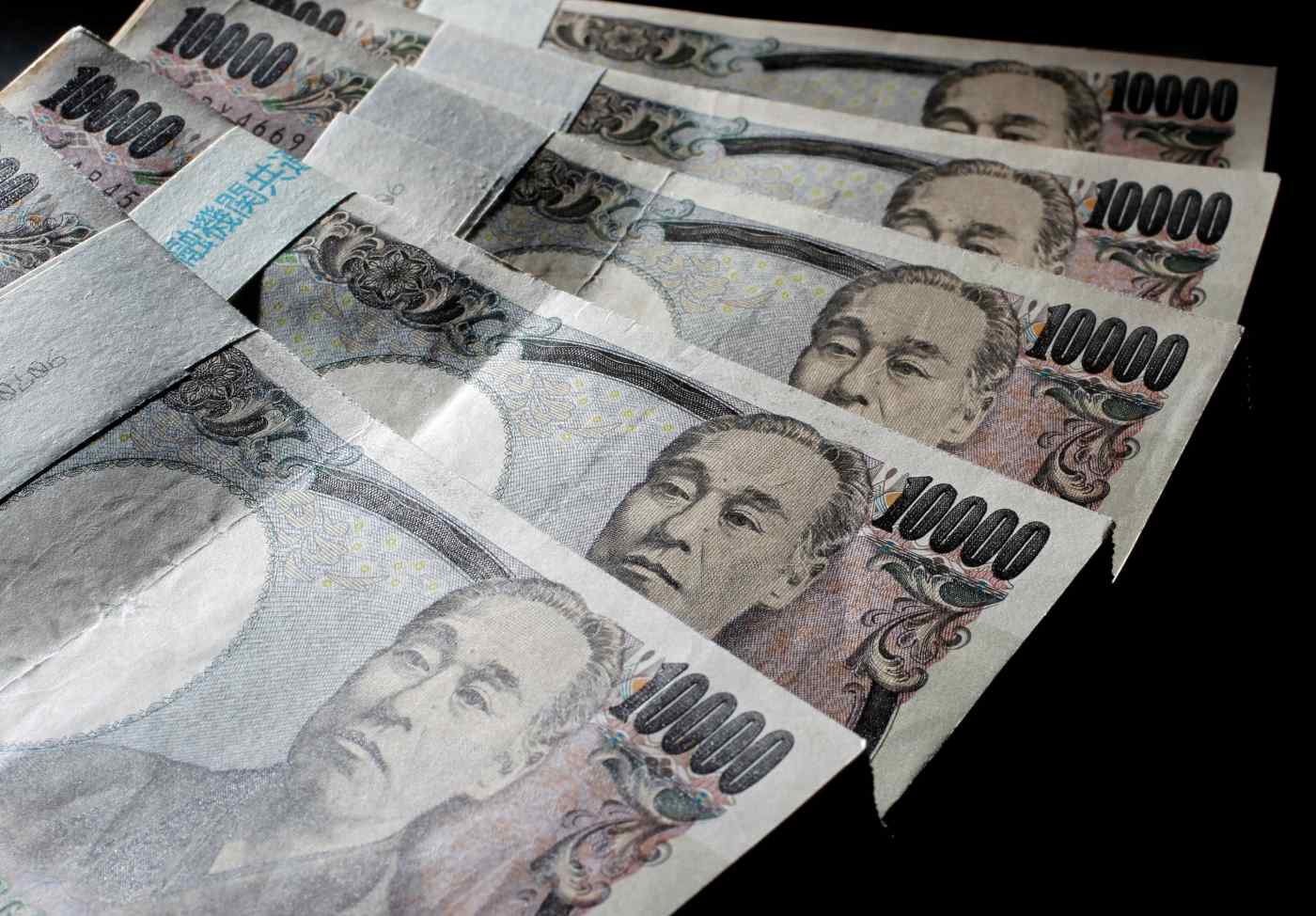 TOKYO -- Crowdfunding campaigns that offer stock in exchange for capital are set to swell this year in Japan as the prospect of high returns draws investors to a relatively new channel for fledgling companies.

Businesses are expected to raise around 3 billion yen ($27.9 million) via equity crowdfunding in 2018, more than five times the 590 million yen of last year, according to three leading platform operators.

One Act, a Tokyo-based startup that buys and sells source code, launched an equity-based campaign in October with a target of 16.8 million yen. It raised about 30 million yen in just 50 minutes. Investors saw potential for their stakes to enjoy a hefty bump in value if the company went public.

"I didn't think we'd be able to raise the funds in such a short time," President and CEO Yusuke Asano said.

Japan Cloud Capital -- the country's first equity crowdfunding platform -- handled 14 campaigns last year, raising an average of about 32 million yen each, in fields ranging from home appliances to online marketing. The company has received applications from nearly 300 businesses, and a director said it is targeting 100 campaigns this year.

Japan Cloud Capital signed a deal this month with Seibu Shinkin Bank under which the bank will support businesses in need of additional capital. 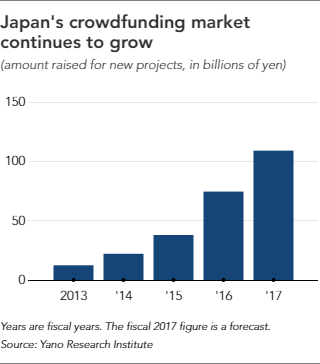 DAN Venture Capital entered the equity crowdfunding arena in September. Its platform has hosted four completed campaigns, by such companies as a trading house specializing in kangaroo meat and a seller of traditional aged sushi, raising a total of about 65 million yen. DAN collects a fee from investors, tacked on as a percentage of the fundraising target.

"Lightening the burden on companies will contribute to their growth over the medium to long term," DAN chief Yoshito Denawa said.

Online crowdfunding took off in the U.S. around 2000 and spread from there. Japan's crowdfunding market reached about 74.5 billion yen in fiscal 2016, with peer-to-peer lending accounting for 90%, according to Yano Research Institute.

Equity crowdfunding was legalized in Japan in May 2015. Companies are limited to raising less than 100 million yen a year, with individual contributions capped at 500,000 yen.

This form of fundraising exposes investors to the risk of losing their capital should the business fail. But many investors and companies still favor it for its speed and convenience. And unlike other types of crowdfunding, equity crowdfunding offers the prospect of greater returns if the company succeeds.

These investments tend to take time to pay off. With no platform on which to trade their shares, investors must wait for an initial public offering or an acquisition before they can cash out.