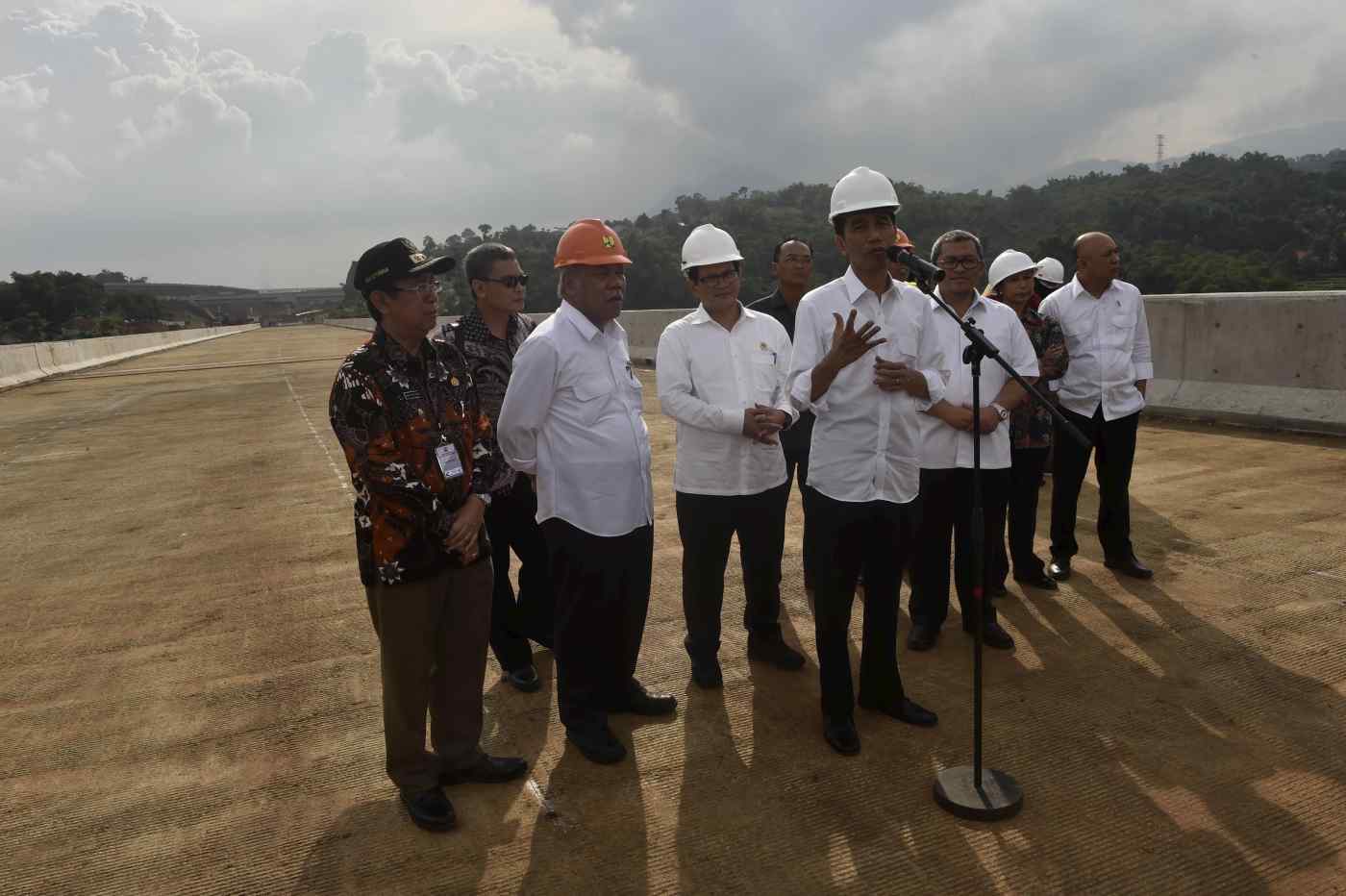 The four main construction stocks -- Wijaya Karya, Waskita Karya, Pembangunan Perumahan and Adhi Karya -- are all up more than 20% from the beginning of the year, outperforming the benchmark Jakarta Composite Index, which has gained 4.1%. Last year, the price of all four stocks declined while JCI rose 20%.

Analysts say the return of foreign investors is driving the recent rally. After selling Indonesian stocks for most of the second half of last year, foreigners have turned into net buyers over the first three weeks of January.

With blue-chip stocks trading at hefty premiums, appetite for mid-size stocks with cheap valuations is growing. One infrastructure analyst at a local brokerage said his clients "turned more positive on the construction sector since the beginning of 2018."

State construction stocks rallied following Widodo's victory in the 2014 presidential elections, on hopes that his pledge to boost infrastructure development would provide large and lucrative contracts. However, they tumbled last year amid concerns over ballooning debt, which stemmed from the government's strategy to push state-owned enterprises to fund projects and reduce the burden on the state budget. 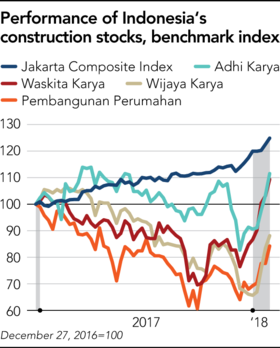 On Wednesday, local media reported that Wijaya Karya's upcoming offshore rupiah bonds, known as Komodo dragon bonds, were oversubscribed by 2.5 times, helping ease its funding concerns. As a result, some analysts are starting to turn optimistic. "[We] think any key positive development could likely surprise to the upside," local brokerage Bahana Securities said in a note to clients on Wednesday.

Last year, most efforts by state infrastructure companies to raise funds from the stock market, such as through initial public offerings of subsidiaries, fell short of their target due to weak investor appetite.

The recovery will be a boost for the state-owned contractors, all of which are hungry for capital to fund the government's infrastructure projects. For example, Wijaya Karya owns an indirect stake in a joint venture between Chinese and Indonesian state-owned enterprises building the Jakarta-Bandung high-speed railway, which has an estimated cost of more than $5 billion.