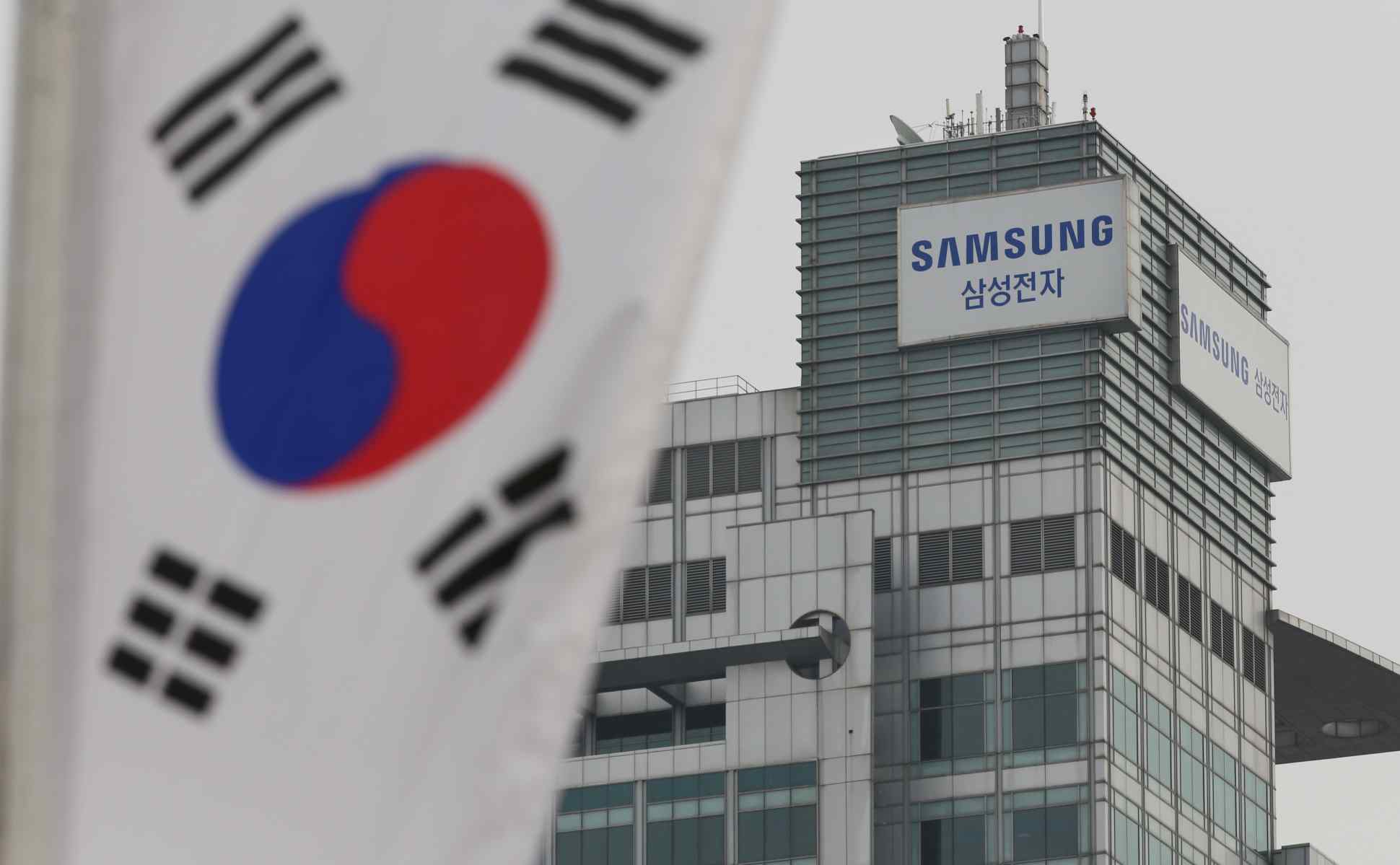 The Samsung Digital City complex, in the South Korean city of Suwon, is home to the headquarters of Samsung Electronics. (Photo by Koji Uema)
Business

TOKYO -- Samsung Electronics' stock price on Friday morning started 1.20% lower at 1.878 million won from the previous closing day -- the first drop in three days -- as investors worry about the company's prospects after Vice Chairman Lee Jae-yong was arrested the same day over his alleged role in a corruption scandal.

After a lower opening, the stock briefly reached 1.902 million won, just above the previous day's 1.901 million won, as investors were hopeful that all the bad news had come out. But it has since been trending down and briefly dropped 1.8% from the previous trading day. 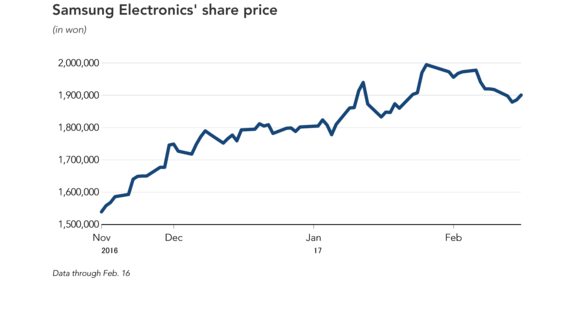 On Jan. 19, a Seoul court rejected the prosecutor's first attempt to arrest Lee. However, afterward new evidence was presented by prosecutors.

Even as the investigation was ongoing, Samsung's share price on Feb. 7 ended at 1.941 million won, a record high since its listing, due to strong earnings and solid business prospects for its semiconductor business.

On Jan. 6, Samsung released preliminary earnings for the fiscal year ended December, in which operating profit was 29.2 trillion won, the second-highest ever for the company. Final results announced on Jan. 24 showed that the company's main semiconductor business recorded its highest operating profit ever on the back of greater demand for smartphones.

Expecting the semiconductor market to continue expanding this year, many Korean analysts set the company's target price around 2.2 million to 2.4 million won. But Lee's arrest has slowed the upward momentum of the company's stock.

Also on Friday, a Seoul court officially declared Hanjin Shipping's bankruptcy after the company suffered from debt amid a slowdown in the world's shipping market.

The broader South Korean market is mixed, with the Kospi down 0.4% at one point.