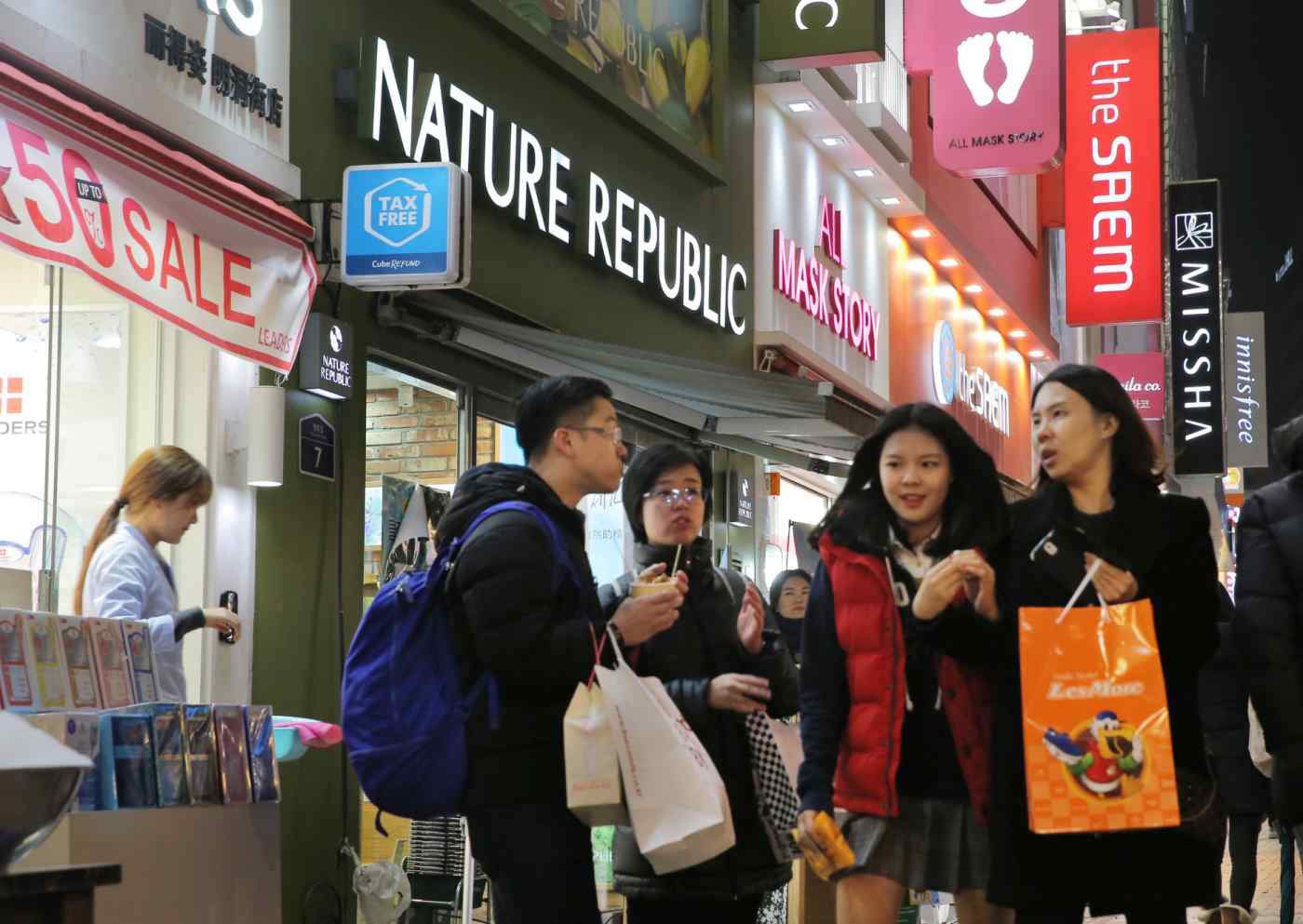 HONG KONG -- Cosmetic makers and hotel operators fell across the board Tuesday on the South Korean stock market on media reports that the Chinese government is sharply limiting travel to the country.

Travel agencies in mainland China have been ordered by multiple provincial governments to decrease the number of tourists to South Korea by more than 20% from year-earlier levels, according to an online article from JoongAng Daily, a South Korean newspaper. Citing sources from the South Korean Embassy in China and other people familiar with the matter, the paper says travel agents have until the end of the month to turn in plans for reducing tourism. Authorities are also reportedly seeking to curb cheap travel packages and restrict shopping trips on the peninsula to just one per day. Violators would face fines.