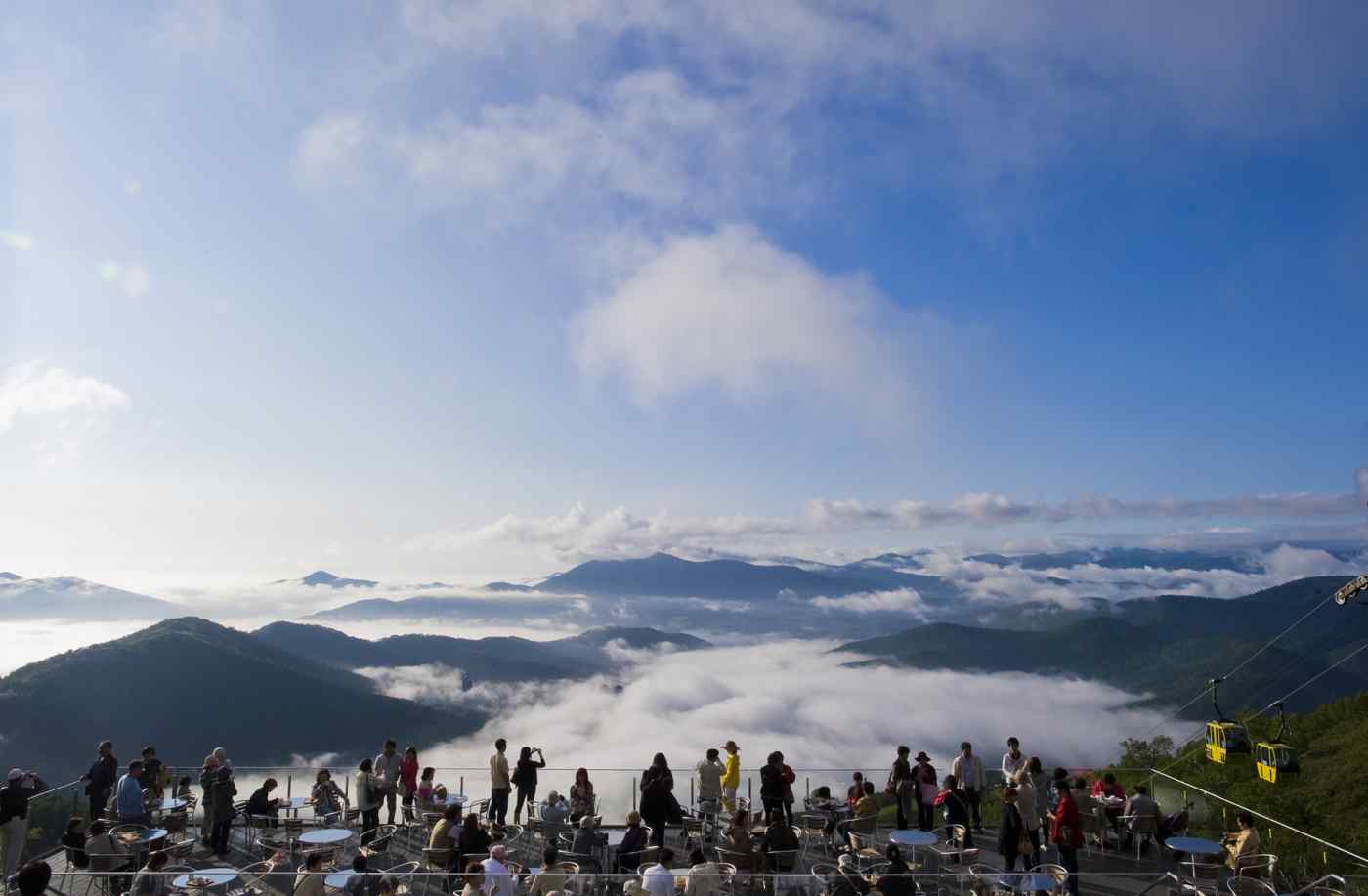 Property prices in China have recently surged in some large cities, such as Shanghai. With a weaker yen against the yuan, Japanese land and buildings are looking more and more like a bargain for Chinese investors.

Shanghai Yuyuan Tourist Mart has bought a 20% stake in Hoshino Resorts Tomamu from Hoshino Resorts, a Nagano Prefecture-based resort developer and operator, and an 80% ownership from a Dutch-registered investment fund.

The operator, known for its "Hoshino" brand hotels, has made the Tomamu resort a popular location, particularly among foreign travelers. With a setting near the mountaintop, visitors can take a short gondola ride to enjoy a stunning view of unkai, the Japanese word for a sea of clouds, from a terrace on the mountain peak. The resort hotel's cash revenue has grown 43% over the past five years.

Fosun Group, which owns a 29.9% stake in the Shanghai Yuyuan Tourist Mart, has tapped into investing in Japanese properties earlier than its domestic rivals. It landed in Japan in May 2014 with the purchase of Idera Capital Management, a Tokyo-based real estate developer. Through Idera, the Chinese conglomerate bought two high-rise office buildings in the Shinagawa waterfront area in Tokyo, in August and December last year.

Chinese businesses have been investing in and developing properties worldwide. But they were rather slow to target the Japanese market, partly due to negative sentiment over regional and historical strife between the two nations.

In addition, Japan's immigration program is not as developed as well as ones in places like Australia or Canada. Chinese developers cannot expect promising demand from Chinese employees moving to Japan.

However, following the recent boom of Chinese tourists to Japan, as well as the weak yen, more Chinese real estate businesses are beginning to seek opportunities in Japan.

China's biggest developer, Greenland Group, reached an agreement in September with Japan's Mizuho Financial Group for a business partnership. The Chinese business is considering investing in existing properties, such as residential and office buildings, and participating in urban development projects in Japan. A source said the business has already narrowed down some investment candidates.

China's Spring Group, parent of the budget carrier Spring Airlines, plans to open 15-20 hotels in Japan in the next three to five years. Along with its Japanese partner, Sun Frontier Fudousan, the business will invest 20 billion yen ($161 million).

According to a source at a Chinese real estate developer, a major Chinese insurer is looking to invest more than 100 billion yen in a landmark property in Japan. More of China's money will likely flow into the attractive Japanese market.