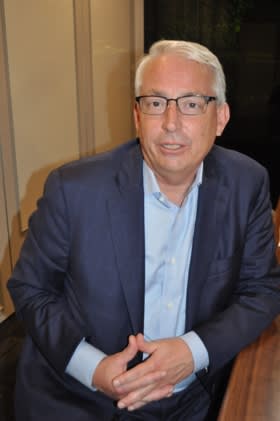 SINGAPORE -- China became Asia Pacific's largest real estate investment market in 2016 according to Real Capital Analytics, the property market intelligence company. Despite Beijing's capital control policy, RCA expects China to continue to stay at the top rank for the region this year and beyond, supported by strong demand in large cities.

The statistics from RCA's Asia Pacific Capital Trends report cover the resale deals of existing income-producing real estate, including offices, industrial properties, retail properties, apartments and hotels, but not including the sales of land for development. The report found that in 2016, China attracted $36.5 billion of investment in such properties, surpassing Japan and Australia, markets that formerly led deals in the region. Transaction volumes in China increased 10% from the previous year. In the global ranking, China came in as the world's fourth biggest market after the U.S., Germany and the U.K.

"We are seeing an emergence of the market place in China. It is a critical demarcation of maturity in the investment market," Robert White, founder and president of RCA, told the Nikkei Asian Review in a recent interview. "China could potentially continue to grow and remain No.1 [in the region] well into the future," he added.

In terms of land sales, typically led by developer demand, China has been leading the world for some time, according to White. Land sales in China in 2016 were worth a total of $417.5 billion. It is "certainly a natural evolution" to see the resale market catch up, White said, as more and more investors want to own a piece of growing Chinese cities. "This is good for developers too, because the more buildings change hands and the more liquidity in the market place, [the more] exit strategies they have," he added.

The impact of China's capital controls is still unclear, but the measures to try to prevent capital flight might have a positive effect on the property investment market in the world's second largest economy, White predicted. "You will have to watch carefully if China's policy [to curb capital outflow] may discourage cross-border investment of Chinese companies outside of China, but these firms have money to invest, and they want to own properties," White said. "If they are discouraged from buying abroad, then I would imagine demand for existing properties in China among these firms domestically could increase."

Interest in buying Chinese properties mainly comes from voracious domestic investors, particularly insurance companies. Chinese insurers were allowed to invest in domestic real estate from 2010 and in overseas properties from 2012. Armed with a vast amount of capital, they became major property players both within and outside China.

Cross-border investment from international players is also increasing, White said, with non-Asian investors entering the Chinese market indirectly through Asia-focused funds. One example is the $3 billion purchase of office building Shanghai Century Link by a fund under Singapore-based ARA Asset Management in October last year. The mammoth deal, which inflated China's 2016 property transactions, was handled by an Asia-based fund, but saw input from "many U.S. and European investors," White said.

China's graduation to Asia's top property market in 2016 was also made possible due to declining sales volumes in Japan and Australia, where the prices had become too high. "Investors are concentrating on a small group of the safest and largest markets, and there is a buy-to-hold attitude," according to RCA's report.

Going forward, sovereign wealth funds across the globe will continue to buoy the property markets in general, White said. "Sovereign wealth funds have been a big part of the market over the past five years and [their role is] increasing," he said, citing Japan's Government Pension Investment Fund, which expressed interest in growing real estate allocation.

White said sovereign wealth funds were sniffing out opportunities in non-traditional property sectors, away from high-priced, high-quality office buildings in cities like London and New York. The industrial property sector, especially logistics properties, is on the radar of such investors, partly because of the growth of e-commerce. GIC, the Singaporean state-owned fund, has already been making alternative property purchases, investing in the U.S. in Denver-based mobile home community owner Yes Communities, as well as in student housing in the U.K. and Germany in 2016.