TOKYO -- "Sell in May and go away." With many investors bracing for a seasonal drop in stock prices, the yen has continued to slide since the start of the month, briefly crossing the 124 range against the dollar.

The yen's plunge has made it more difficult for the Bank of Japan to ease its monetary policy. If the bank implements additional easing as the yen remains at the current level, it may lower the value of the yen to 130 level against the dollar. If that happens, the bank could draw criticism that it has guided its own currency lower, especially after a senior International Monetary Fund official said that China's currency is no longer undervalued.

BOJ Gov. Haruhiko Kuroda repeatedly said that the bank "will make necessary adjustments without hesitation." The problem now is whether the central bank can ease its monetary policy further without hesitation when the yen should weaken faster than expected and start to dent business sentiment. 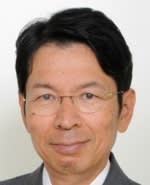 Itsuo Toshima is an independent investment adviser based in Tokyo and a former Japan representative of the World Gold Council.