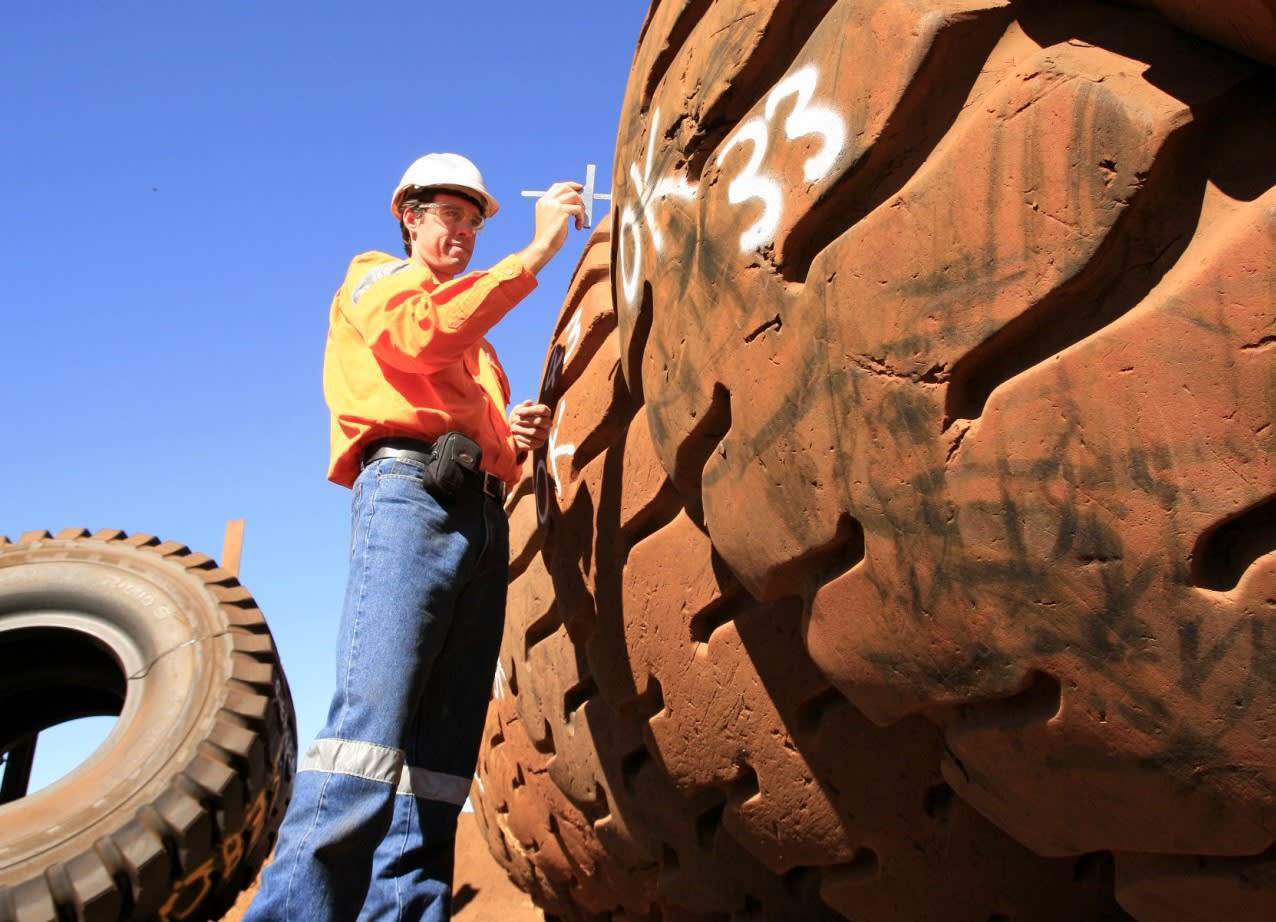 Large tires for mining vehicles have been a bright spot for Bridgestone.
November 10, 2017 05:45 JST | Japan
CopyCopied

Profit is seen down 4% at 430 billion yen for the year ending Dec. 31, a worsening from the previously forecast gain. The annual sales projection was cut by 50 billion yen to 3.65 trillion yen, which would amount to 9% growth.

Tires are selling well at home, and sales of specialty tires for mining vehicles are healthy. But tires for the American consumer market are underperforming. In Europe, price hikes are slow to take hold. And the pre-hike rush in demand there has depressed unit sales of late.

The company had planned to offset the additional expenses by raising tire prices and expanding sales of profitable offerings. But "things are not going as well as expected in Europe and the U.S.," said Akihiro Eto, an executive vice president.

In Europe, price hike plans have been hampered amid pressure from such rivals as France's Michelin.

As for the Americas, Bridgestone's top-earning region, "prices are steadily being adjusted to a fair level" as price hikes take hold, according to Eto. Still, this is not enough to offset slowing sales. The company sees operating profit there dropping 2% to 200 billion yen. Tires for new vehicles have slumped amid sluggish auto demand. High-margin replacement tires for trucks and buses have apparently been lackluster as well.

Bridgestone expects tires for mining vehicles to limit the drop in profit. With few competitors, sales of large tires are forecast to jump around 35% based on rubber weight.

Operating profit in Japan will likely grow 4% to 157 billion yen, thanks to higher tire prices here and growth in exports of mining tires.

Net profit is projected to rise 9% to 290 billion yen for the year, up 1 billion yen from the previous guidance. Bridgestone will book one-time gains from such steps as selling strategically held equities and a U.S. auto-servicing business.