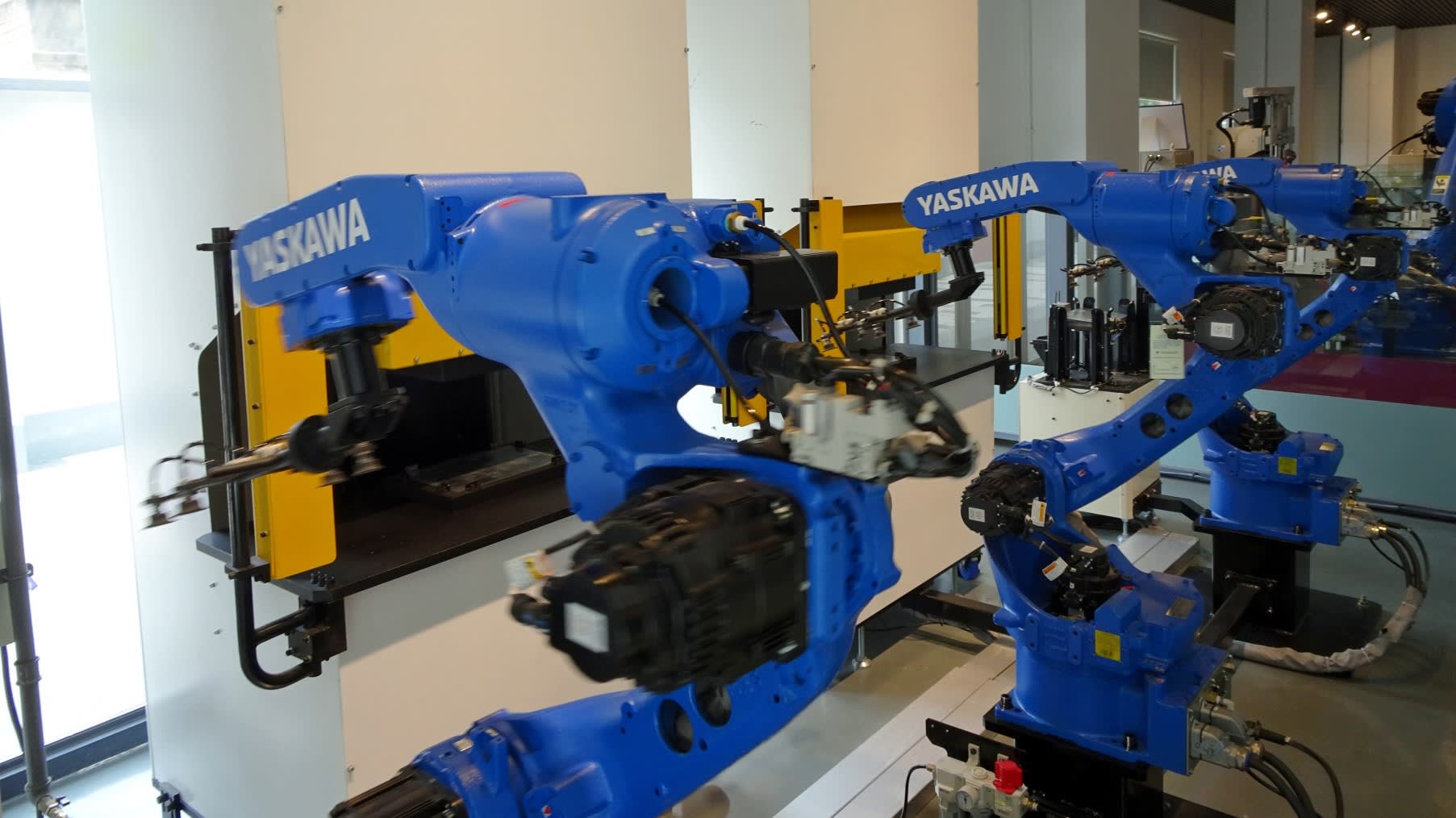 Yaskawa, one of last year's strongest-growing components on the Nikkei Stock Average, beat most peers to releasing earnings for the nine months through December, publishing its report after markets closed Tuesday. The showing was strong, with consolidated net profit roughly doubling year on year as the company seized on demand for factory automation in labor-short markets like China.

But in maintaining a forecast of 39 billion yen ($357 million) in net profit for the full year through March, the robotics company fell short of market predictions of 40.4 billion yen. It fell victim to "the market's overly high expectations," in the words of Yasuhiko Hirakawa at Sumitomo Mitsui Asset Management.

Coupled with a slowdown in Chinese orders, the missed target stoked concerns among investors that growth in robot demand might have peaked, triggering a sell-off. Yaskawa shares dipped as much as 13% at one point in private after-hours trading Tuesday, and the bearish atmosphere remained when markets opened Wednesday morning. Its robotics peers also felt the shock, with Fanuc's shares losing 4% and Daifuku slipping 3% that day.

Investors appeared wary of a slowdown in profit growth among Japanese businesses. Earnings per share look set to grow just 7% year-on-year over the coming 12 months -- trailing U.S. companies, seen with 14% growth, and European ones, on track for 9%. Even with profits set to sustain record-high levels, Japan Inc. is "in an unfavorable position, relatively speaking," says Tomohiro Okawa at P.S. Oskar Group.

Some are also concerned that cash is being concentrated among a small number of companies. About 150 businesses listed on the Tokyo Stock Exchange's first section, or 7%, have market capitalizations exceeding 1 trillion yen. Just half or fewer of those blue chips are expected to score double-digit growth next fiscal year like their Western peers.

Growth among large but laggard stocks, such as bank shares, may be necessary to help undo that concentration. But to achieve genuine growth, many believe that other factors -- such as improvement in macroeconomic indicators that point to gradual inflation -- would be needed, says Keith Truelove at UBS Securities Japan.

Investors around the world remain hungry for equities, and there is little at present to suggest that Japanese stocks are bound for a major and solitary correction. Worldwide purchases of Japanese shares through exchange-traded funds have reached an estimated $8 billion in January thus far, already beating those in December by 30%.

But with growth tilted so heavily toward core players, the high in Japan equities cannot be considered secure. Yaskawa's decline could be described as the downside of placing too much hope on a small group of companies. Wednesday's losses may provide an opportunity for investors to carefully examine their targets' management strategies, as well as what kind of conditions would lead to growth for those companies.