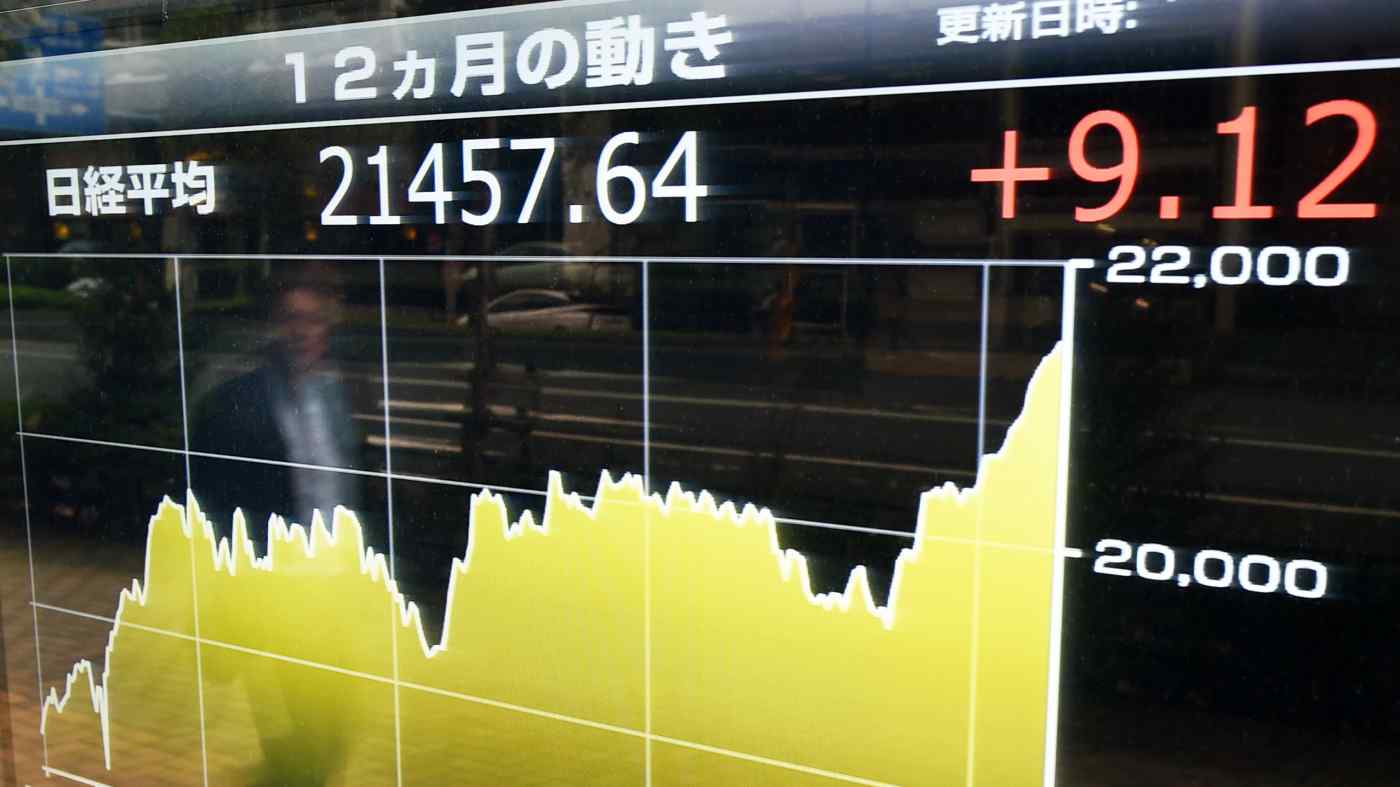 The greenback went from trading in the mid-112 yen level to the lower 113 yen level, raising investor expectation for better earnings from Japanese exporters before they report their interim results.

Investor sentiment was also supported by the likelihood of Prime Minister Shinzo Abe retaining power -- and his central bank governor keeping an ultra-accommodative monetary policy. A poll conducted Tuesday through Thursday by The Nikkei suggests that Abe's ruling coalition is on track to win around 300 of the lower house's 465 seats, just shy of a supermajority.

These two positive factors invited investors to shrug off fear of reverberations from the confrontation that Spain and Catalonia seem to be headed for. The dispute between the country and territory could lead to another political crisis for Europe.

The TSE's main barometer has not ridden a 14-day winning streak since Dec. 21, 1960, to Jan. 11, 1961 -- when Japan was creating an "economic miracle" that would eventually make it the world's No. 2 economy, behind that of the United States. 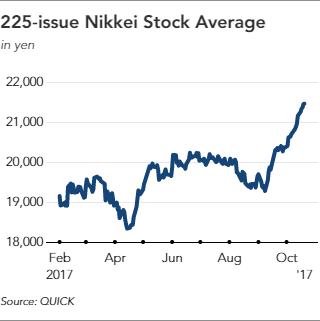 Will the index advance even further? Some market players are skeptical. Tokyo's option market is signaling a possible fall after the general election.

An option is a contract that gives the buyer the right, not the obligation, to buy or sell an underlying asset at a specific price. Normally, investors use call options to prepare for any further rise of an asset, whereas put options hedge against a price fall.

Tokyo stocks have been on the rise for the entire election period, which got underway on Oct. 10. The Nikkei index has risen by 1,101.36 points, or 5.4%, during the 14 trading days. "The ending of the election period may trigger profit-taking," said Hideki Horikawa, president of financial consulting company Fairline Partners.

However, if Tokyo shares do lose value next week, it might not be as much as some fear. Among all the strike prices, open interest in call options at 20,750 and 21,000 increased the most.