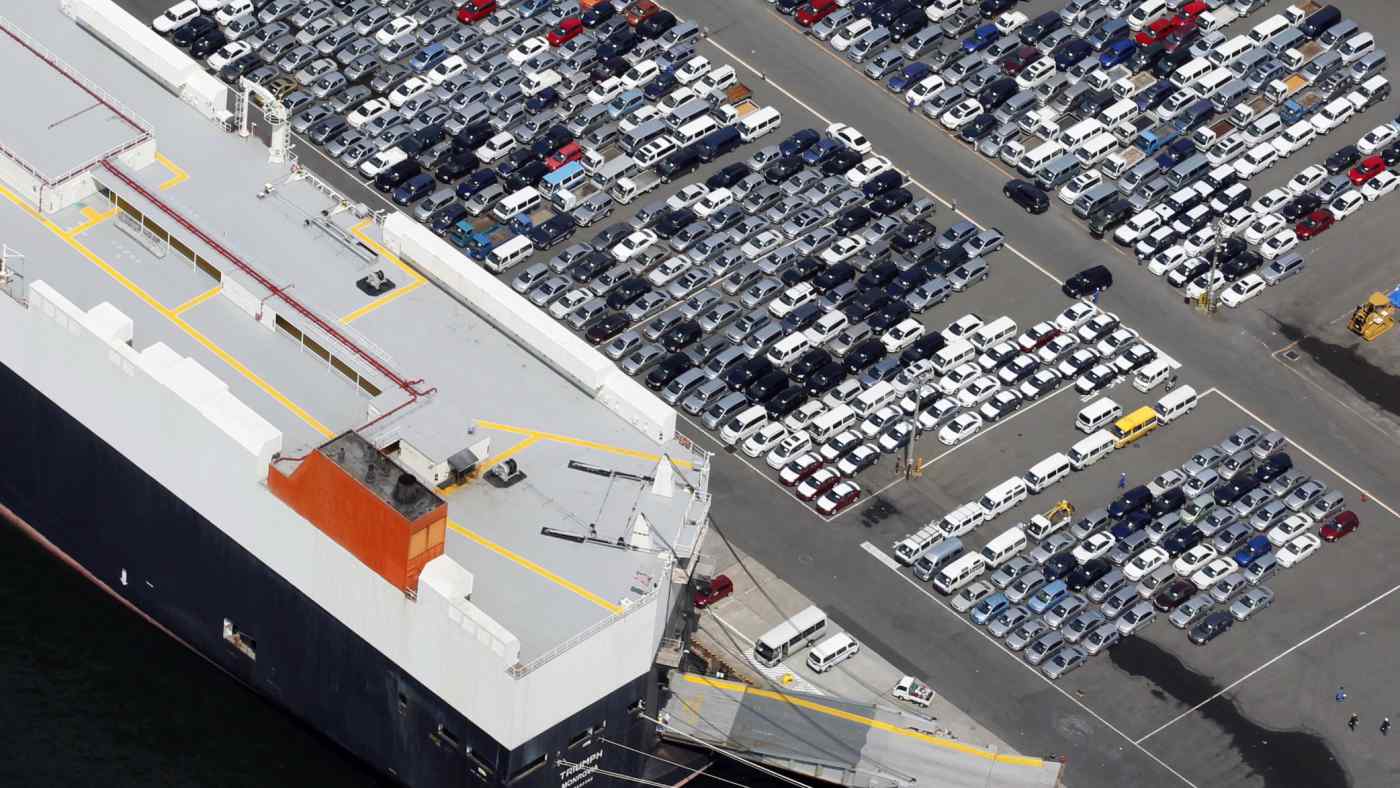 Although efforts to shield themselves have helped, automakers remain exposed to a rising yen.
May 3, 2016 02:15 JST | Japan
CopyCopied

TOKYO -- The yen's sharp appreciation threatens to undercut profits at major Japanese exporters by more than 1 trillion yen ($9.37 billion) this fiscal year, outweighing any benefits of a stronger home currency for some companies, estimates by The Nikkei show.

Even at exchange rates of 110 yen to the dollar and 125 yen to the euro -- levels on which many companies are basing their fiscal 2016 earnings estimates -- 25 of the country's biggest exporters, including Toyota Motor and Komatsu, would see their combined operating profits fall 1.14 trillion yen on the year owing to currency movements alone.