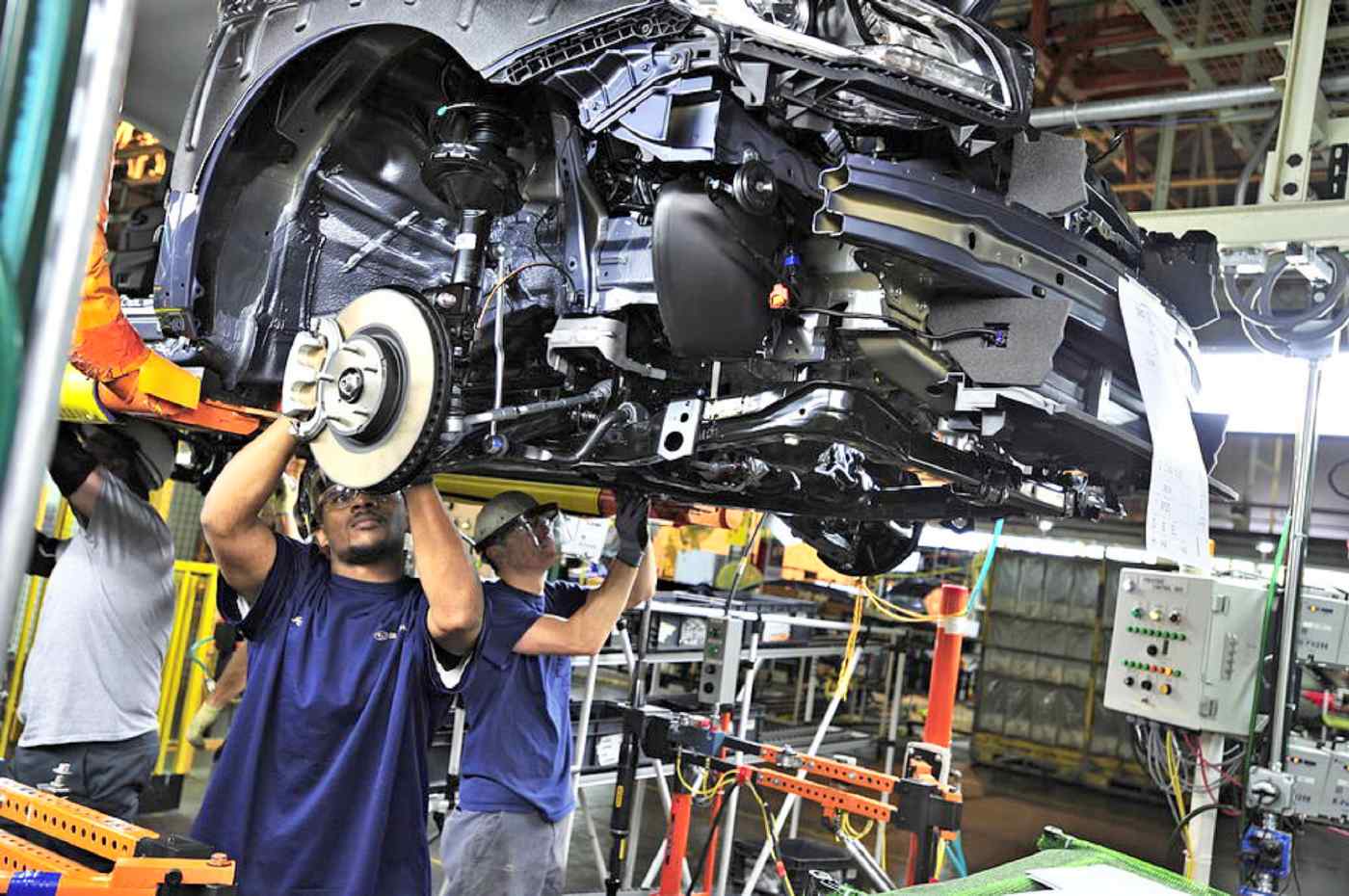 Sales at Fuji Heavy Industries, the maker of Subaru vehicles, rose in the U.S. to a record high for the April to September term.
November 18, 2016 13:00 JST | Japan
CopyCopied

Fiscal years of listed companies in Japan mostly end in March. 2016 marked the first time in five years that both aggregate sales and net profit at these companies dropped year-on-year for the April-September half. However, the margin of decline for the July-September quarter narrowed from the previous quarter. Full-year net profit is expected to be higher than last year for the first time in two years.

The latest half-year results indicate that Japanese listed companies have managed to squeeze out profits despite impediments such as a strong yen. Net profit margin ratio, an indicator of a company's efficiency, for the full year is projected to top 3.9%, up 0.4 percentage point from the previous year. This would top the most recent high of 3.8%, reached in 2007.

Movements of the net profit margin ratio have typically tracked the yen's exchange rate to the dollar. An unusual rise of profitability at a time of yen appreciation is partly attributable to cost-cutting efforts by businesses.

Akihiro Matsuyama, an executive officer at Mitsubishi Electric, said the company is expecting its cost-to-sales ratio for the fiscal year ending March to hit a record low for the second straight year. For the April-September half, the ratio of costs to sales was close to 69%, which is better than figures posted by other electronics manufacturers, for example, nearly 74% at Hitachi. Over the same period, Mitsubishi Electric's operating profit declined, but cost competitiveness improved.

In recent years, Mitsubishi Electric has been working diligently to improve efficiency in a range of areas, from design, procurement, production to sales. The company has spent resources to enhance particular products, such as air conditioners and factory automation systems, to improve economies of scale.

Mitsubishi Electric projects that operating profit for fiscal 2016, after removing the impact of the yen's recent appreciation, will grow about 10% from the previous year to an all-time high.

If a company can correctly identify potential growth markets and provide products that meet customers' needs, the business will be able to overcome volatile external factors.

Daikin Industries, for instance, began selling energy-efficient inverter air conditioners in Vietnam earlier than rival manufacturers. In Vietnam, the electricity bill typically accounts for roughly 30% of total household income. That is about tenfold of that in Japan. Daikin's strength in energy-efficient technology has helped it overwhelm Chinese and South Korean rivals and acquire the highest market share in Vietnam.

"Differentiation of products from competitors has helped us enjoy high profit margin ratios," said Daikin President Masanori Togawa. The company expects to post a record profit this year for the fourth consecutive year.

Meanwhile Fuji Heavy Industries, the Subaru carmaker, has stably secured profit largely thanks to its brand equity. At a dealership meeting organized by the automaker in the U.S. in late October, a record 1,900 people appeared. Subaru car sales in the U.S. rose about 10% on the year to a record high during the six months to September, even though Subaru's sales incentives have been at the lowest level among Japanese automakers.

Subaru car supplies are currently falling short of demand, according to President Yasuyuki Yoshinaga, and he is confident that sales in the U.S. have the potential to grow further. The automaker's operating profit, after excluding extra expenses related to Takata's defective air bags, rose 16% during the half. The automaker has also raised its full-year forecast for unit sales.

Daifuku, the world's leading factory conveyor manufacturer, is projecting a repeat of last year when it posted its highest profit ever.

Sony's gaming business unit is expecting a 50% growth of operating profit for the year thanks to strong sales of the PlayStation VR it launched recently -- putting it close to the record profit posted for the year ended March 1999.