TOKYO -- Nikon is drastically slimming down its once proud semiconductor equipment operation because the group's go-it-alone strategy couldn't cope with the shifting global technological landscape.

The Japanese tech company announced Tuesday that it will let go of about 1,000 employees. "We are taking decisive action on reforms now while finances are healthy," Nikon President Kazuo Ushida told reporters.

Some of the scaling down will affect the camera segment, which is facing a shrinking market. But the loss-leading semiconductor lithography business will bear the brunt of the job cuts.

That same lithography business used to symbolize the achievement of Japanese industry. The domestic semiconductor industry took off after a public-private project was launched in the late 1970s. It was Nikon, then known as Nippon Kogaku Kogyo, that developed the first Japanese-made lithography equipment allowing for minute processing of semiconductors. Nikon's devices later enjoyed high demand from global chipmakers, such as Intel in the U.S.

However, trends began to shift around the turn of the century. ASML, a Dutch firm spun off from Phillips in 1984, began utilizing the "open innovation" method of product development, which involves sharing technological secrets with outside research institutions and component manufacturers.

All the while, Nikon kept its proprietary technology in a black box, and the results proved disastrous. ASML is now dominating its Japanese rival with an 81% global share in 2015. Nikon's share dwindled to just over 10%. 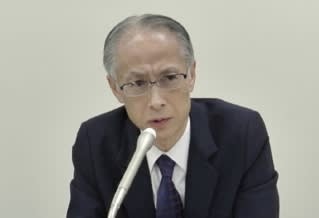 Advances in digital technology have lowered the barriers to entry in the global electronics industry. For consumer electronics and semiconductors, that has led to a horizontal division of labor between developers and design firms in developed nations and contract manufacturers in Asia.

Meanwhile, independent-minded Japanese manufacturers are not as speedy in product development. Cutthroat price wars also contributed to the erosion of competitive advantage.

Household names like Hitachi, Sony and Panasonic are on the road to recovery after reforming their operational structures. But companies like Nikon that have built their reputations on optics, precision equipment and other advanced technologies are poised to fall into traps created by their stubborn self-reliance.

"We've also looked at selling off or liquidating the semiconductor lithography business," said Oka. But for now, Nikon will reduce spending on product development and only solicit profitable orders. The company aims to put the operation in the black by the fiscal year ending March 2018.

However, Nikon will not likely achieve sustainable growth if all it does is slim down. Canon withdrew from developing cutting edge lithography equipment and is instead making large acquisitions within the medical imaging and security camera sectors. Japanese peer Fujifilm found success in enhancing its health care segment. Nikon is positioning medical and industrial devices as growth segments. The company is pressured to urgently draw up business plans.

Nikon shares closed 21 yen higher at 1,647 yen ($15.68) on Tuesday. "The way [Nikon] took action before its earnings or financial footing took a turn for the worse is worthy of praise," said Masahiro Shibano, director at Citigroup Global Markets Japan.