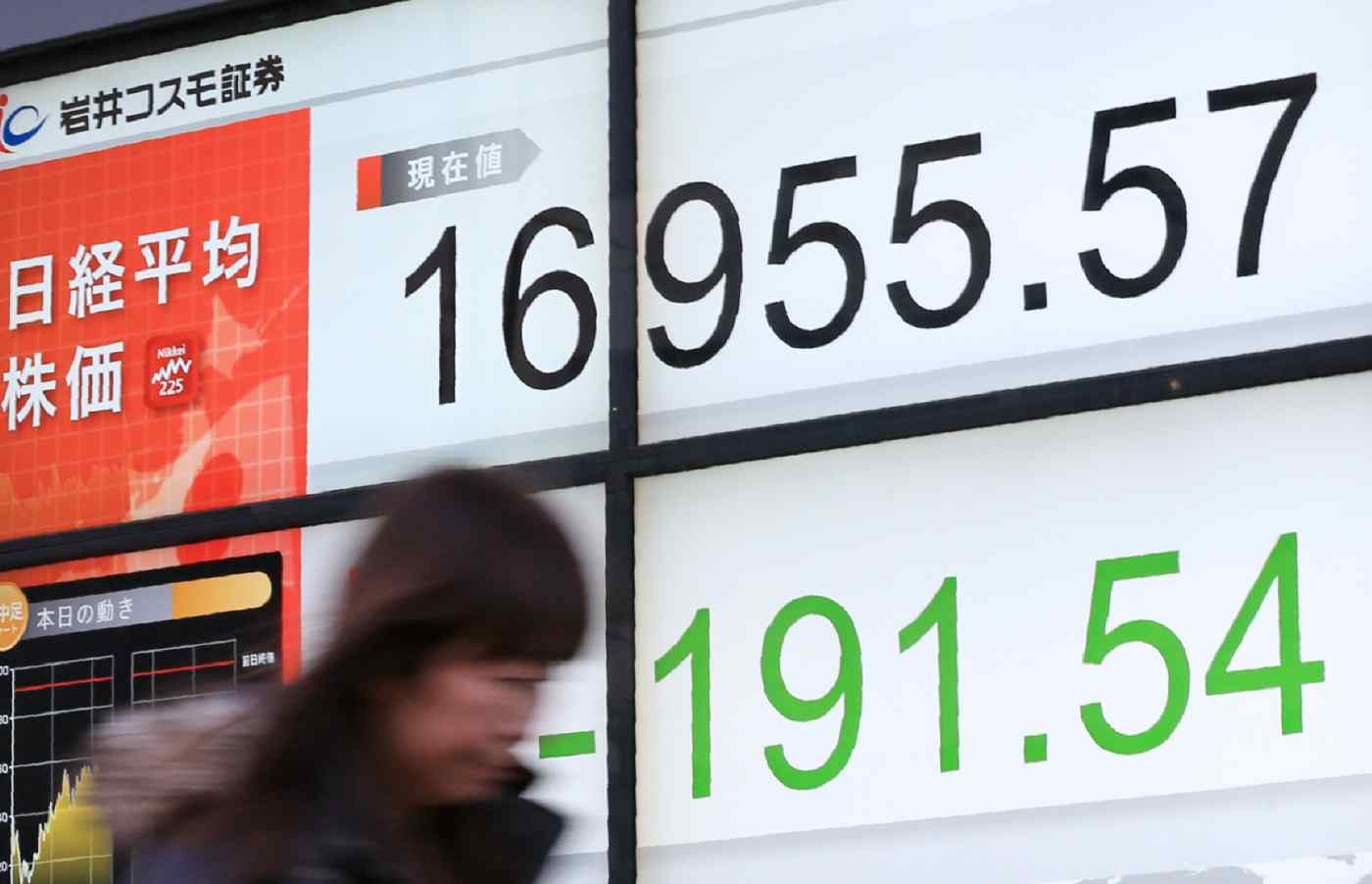 These moves are likely the result of tumbling petroleum prices, which are believed to have caused budget shortfalls at those nations and heightened risk aversion at their investment funds.

The Nikkei Stock Average slipped 191 points Monday to close at 16,955. The intraday low of 16,655 came in below 16,795, the lowest close since the start of 2015. Other Asian markets slumped as well, with Singapore stocks scraping a four-year three-month low and the Hong Kong market diving to its lowest level in three years and four months. Currencies of resource producers, including Russia's ruble and the South African rand, faced selling pressure also.

Oil producers' sovereign wealth funds, hedge funds and other major investors are thought to be stepping up sales of risky assets. Middle Eastern investors linked to oil interests have been cashing out of mutual funds composed of Japanese stocks, a major fund management company said. "Markets have long feared that oil money could flee," an executive at the fund manager said. "That's finally coming to pass."

Individual stocks thought to draw investment from Middle Eastern wealth funds have tumbled as well. Companies with shareholders going by names including Juniper and Sajap, both funds managed by Saudi Arabia's central bank, have been particularly hard-hit since the end of September 2015. Construction company Hazama Ando has shed 25%, while SBI Holdings has dropped 17%. Wealth funds cannot be confirmed to have sold their shares, but could well be responsible for selling pressure.

Petroleum nations typically set aside a portion of profits from oil sales for investment in stocks and other assets through sovereign wealth funds. But as oil prices have dropped, so has income, giving rise to budget deficits in many countries. The funds are now selling off assets to cover those gaps.

The Qatar Investment Authority, known for its ownership of U.K. department store Harrods, is one example. The fund has begun negotiations to sell office buildings in Canary Wharf, part of London's financial district.

Sovereign wealth funds sold off $10 billion in stocks in 2015, JPMorgan estimates. That figure could balloon to $75 billion this year, if benchmark North Sea Brent crude continues at the level of $31 per barrel, the bank predicts.

Hedge funds are also under pressure. A number of funds have closed and been liquidated after unanticipated market developments scuttled earnings.

The U.K.'s Nevsky Capital is shuttering its $1.5 billion fund because "certain features of the current market" will make it difficult to produce "satisfactory risk-adjusted absolute returns," the company wrote in a report to clients. The quality of economic data has deteriorated due to "the ever-increasing importance of China and India," the firm said. "The transparency of decision-making has also declined."

Brevan Howard Asset Management, one of Europe's largest hedge funds, moved in 2015 to cut jobs and close down its smaller funds after returns on its flagship fund dropped for a second year straight.

A total of 257 hedge funds shut down in July-September 2015, U.S. firm Hedge Fund Research reports. That number is the highest for a quarter since January-March 2014.