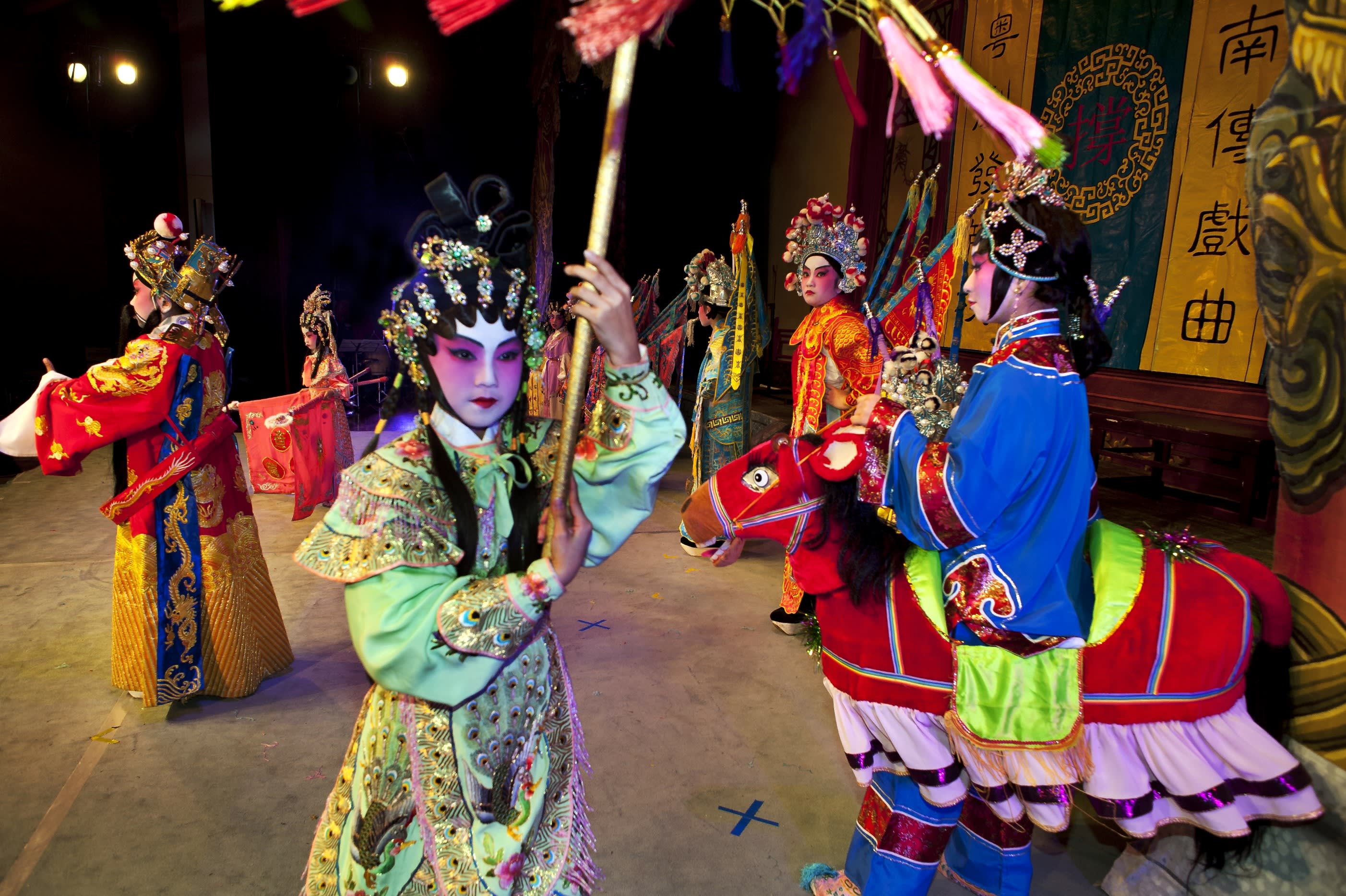 HONG KONG -- With its vivid costumes, dramatic presentation and distinctive music, Chinese opera is a multifaceted art form followed by millions of devotees around the world. Particularly in the current Chinese New Year period, special performances draw capacity crowds to traditional bamboo theaters or civic halls in Chinese communities around the world.

To the uninitiated, however, its combination of stylized singing, flowery lyrics and symbolic face makeup remains a mystery.

That is particularly the case with Cantonese opera, one of the most elaborate and best-loved of the nearly 370 different forms of Chinese opera. The biggest following for Cantonese opera is in populous southern China and among Cantonese-speaking communities abroad. In Hong Kong, a center for preserving Cantonese operatic traditions, degree courses in Cantonese opera performance are offered by the Hong Kong Academy for Performing Arts. Among other initiatives, a local group, the Cha Duk Chang Children's Cantonese Opera Association, works selflessly to familiarize new generations and sustain the tradition. The view from the stage of the "pop-up" West Kowloon Bamboo Theatre: More than 16,000 pieces of bamboo were used to build this temporary theater, modeled after traditional venues for Cantonese opera. The structure uses no nails or adhesives but instead is held together only with nylon straps.

Hong Kong's love affair with Cantonese opera is in ample evidence in the new West Kowloon Cultural District, where crowds have been flocking to the just-revived "pop-up" West Kowloon Bamboo Theatre, a sweeping temporary structure festooned with lanterns and red-and-gold decorations. The theater, which holds nearly 1,000 people, was modeled on the larger traditional bamboo theaters of southern China. So successful was its debut last Chinese New Year that organizers rebuilt it for this year's season.

Also known as "Guangdong drama," after its origins in the former Canton, Cantonese opera is a highly formalized and sophisticated form that leans heavily on acrobatics and martial arts skills as well as music, singing and dramatic performance. Notably, there are two related forms of Cantonese opera, known as mo, or "martial arts," and mun, or "intellectual." Mo performances feature fast-paced action stories starring armed warriors and other swashbuckling characters, while mun features scholars and aristocratic characters in slower, more complex dramas.

While its roots lie in older forms of Chinese opera, the Cantonese genre shows great flexibility, including the occasional use of Western musical themes and instruments alongside traditional wind, string and percussion instruments.

Perhaps the standout characteristic, however, is the face makeup. It is among the most striking and intricate of all styles employed across the Chinese operatic genres, with different colors and patterns signaling various character traits.