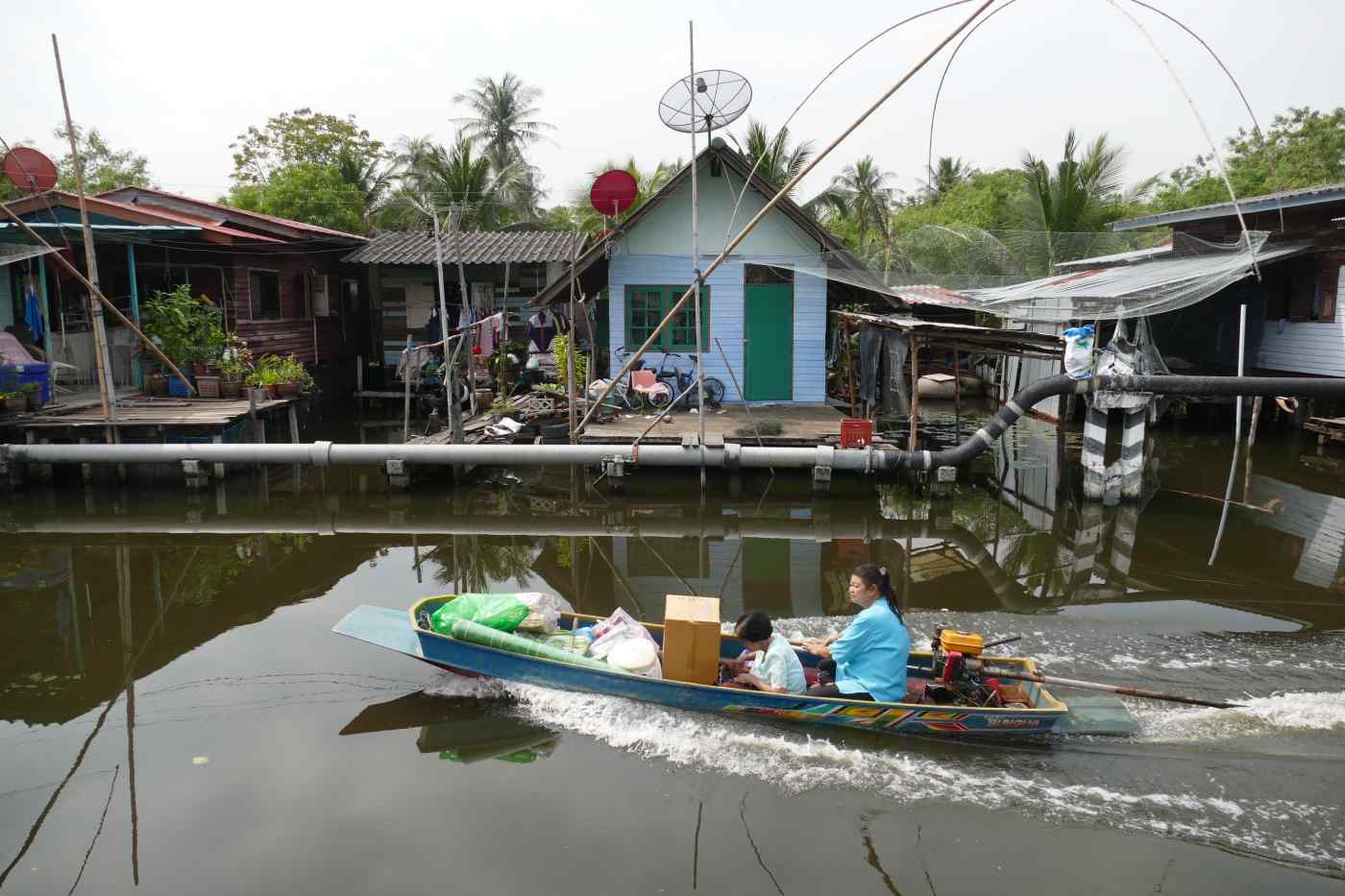 BANGKOK The banks of Bangmod Canal might be Thailand's premier experimental showcase for the impact of art on real life.

"At the start, we wanted to save the canal from pollution and development, and create bicycle paths," said Kanjanee Budthimedhee, who runs the Graduate Program in Design and Planning at King Mongut's University of Technology Thonburi. She helped begin the 3C project -- cycling, canal and community -- in Bangmod, a bucolic and mostly Muslim area on the city's southwestern fringe. "But in thinking of beautification, it turned out that art could be a tool -- not so much in changing people but in getting them to value and have confidence in themselves and their own neighborhood."

Two years on, the most tangible results are 11 works of art painted on walls and bridges along a 3km of concrete paths, and an annual festival that has drawn 20,000 people. The group has also gained tacit government support, if not direct funding, for extending the bike route a full 7km to connect with public transit at the Wutthakat skytrain station.

"Before, there was lost life along the canal, housing replacing gardens and 200 tons a day of waste [in the water]," Kanjanee said. "But art is something that can be finished and have an impact quickly."

Where rubbish was once thrown over a concrete wall by condo dwellers, the first artwork has led to a beautiful garden and viewing platform funded by the Bangkok municipality. 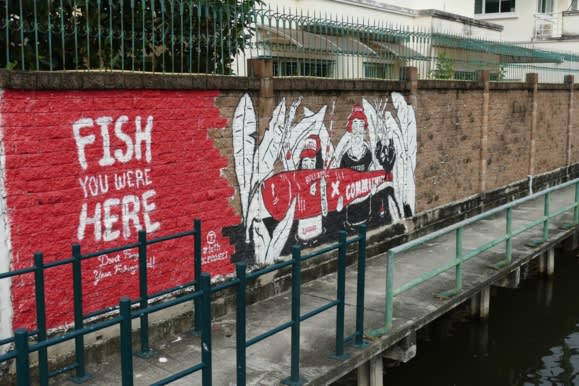 "I love the art. It's good for us," said Bangmod resident Suthin Iamsart. The area was largely inhabited by migrants from southern Thailand working in orange groves, but rises in sea level and decreases in water quality have made that impossible. Still, even the poorest of locals have offered space for visiting artist homestays or participated, along with their children, in mixing colors and pasting up pieces of tile.

Project 3C members are seeking funds to add 30 more artworks in an effort to draw attention to environmental issues and stimulate the local economy in an area where farmers have been tempted to sell their land.

When Thai artist Wattanai "Oak" Chanakot was asked to create a work in Bangmod, he gained inspiration for a floating "floral raft" sculpture from a woman who lived by the canal. "She told me that, in the old days, she would jump in clear water when she got angry, and while she was soaking, the Thai Mouk flower would float past her, giving a beautiful scent. I guess my work might resonate with some locals sharing the same experience," he said. Cylcing along the canal (Photo by John Krich)

It is all part of what Jay Koh, a Singaporean artist and curator based in Germany has dubbed ALPP: art-led participatory processes. After starting similar projects in Myanmar, Mongolia and Malaysia, Koh was so moved by what he saw in Bangmod that he joined the organizers and now lives in a remote home along the canal. He has also helped recruit artists from Mexico and the Philippines to donate pieces to the 3C project.

"In ALPP," he has written, "encounters and interactions progress through various social stages: from being strangers, acquaintances, friends, co-participants, and possibly collaborators." The biggest obstacle to progress, according to the veteran arts organizer, is "the traditional idea of the artist as leader, giving orders for others to follow, rather than stepping back from ownership of the art." 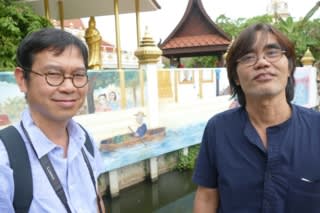 Koh says it has been difficult to negotiate permission and access from separate city districts on opposite sides of the canal, while involving community members as varied as the imams of the four mosques along the canal, managers of housing estates, waterside grocery merchants, small enterprise factory owners and Buddhist monks at the neighborhood's immense Wat Phutthabucha.

Still, progress has been helped by dedicated student volunteers from the nearby KMUTT campus and artists like Thatree "Doey" Pokawanich. He works by day as a software engineer, yet helped mount the largest of the canal murals, an evocation of the region's rainforest past expressed in patterns of painted tiles glued onto walls with the help of locals. Like others, he is motivated by environmental concerns and would like to see the project expand to the incorporation of solar-powered boats, augmenting a fleet of free Ofo bikes readily available. Even the steep pedestrian bridges across the canal have turned artistic. Looking closely at one bridge painted in bright yellow, the pattern of leaves and branches bear oranges, another reference to the area's past. In a workshop led by Wattanai, one Muslim family suggested commenting on the plight of Myanmar's Rohingya Muslim minority. But so far, except for one student mural championing community in Maoist red and black, Jay Koh said the project had shied from "socially-engaged art" in favor of a "relational aesthetic."

"It's a challenge to get people involved in art," Wattanai said. "I learned there's no one correct way to do anything. But art does not have to be decorative, it can create some change. The 3C project started from a few persons, but now it's a huge thing in Bangmod -- it has power." Project 3C founder Kanjanee added: "The main question the art raises is very positive. Everyone wants to know -- why do people with money and education come to our place and care about it, without getting any benefit?"

Even if the canal eventually becomes a popular tourist site, project leaders hope it will not drive up prices for community members. "The art will always belong to the people," Kanjanee said. "So long as everything remains in the hand of the locals, we don't mind. Even if farmers want to sell their land, we just want to make sure they are aware of their situation and all their alternatives."