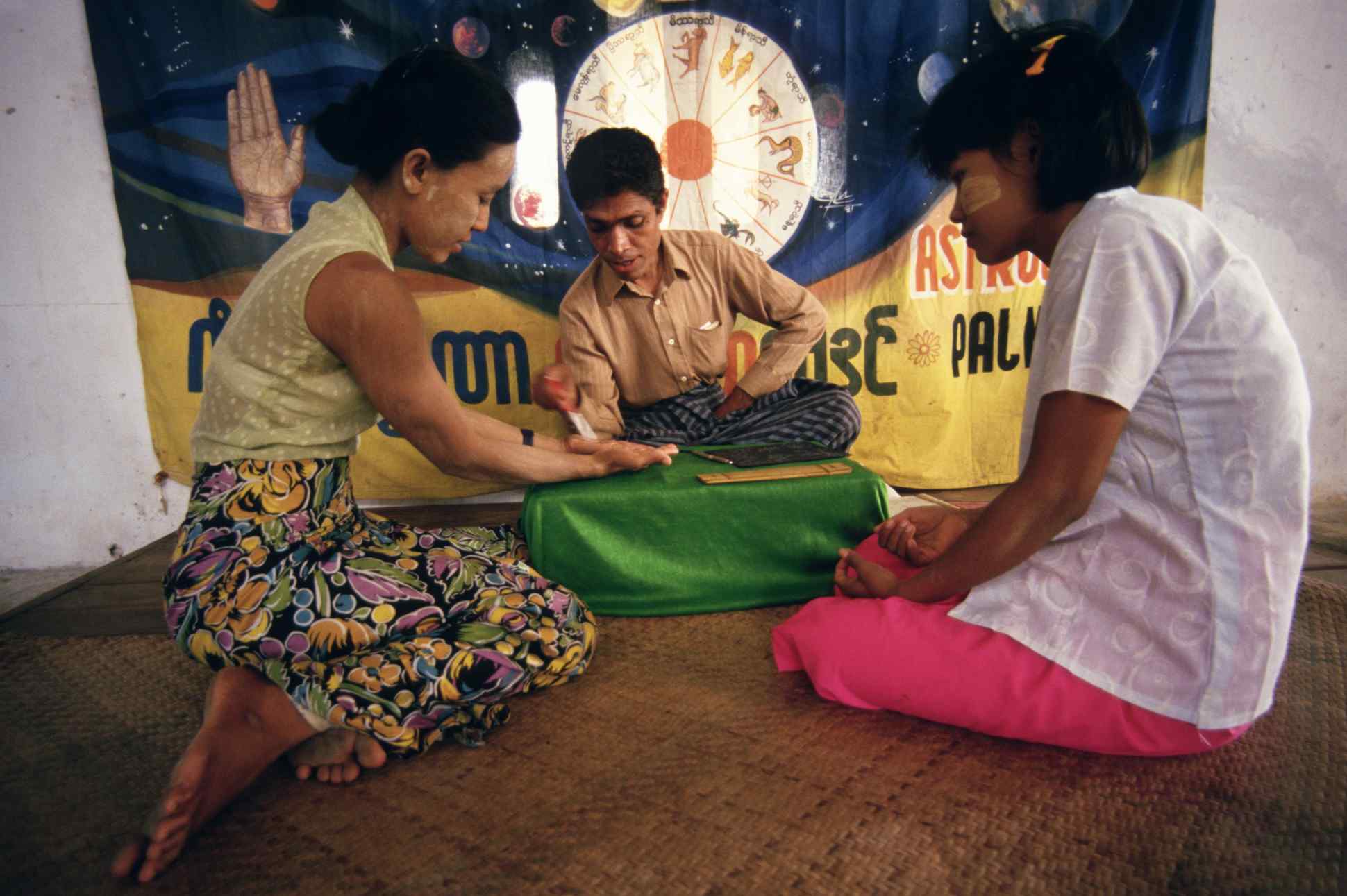 A palmist at work on Mandalay Hill, Myanmar (Photo by Dominic Faulder)
Articles