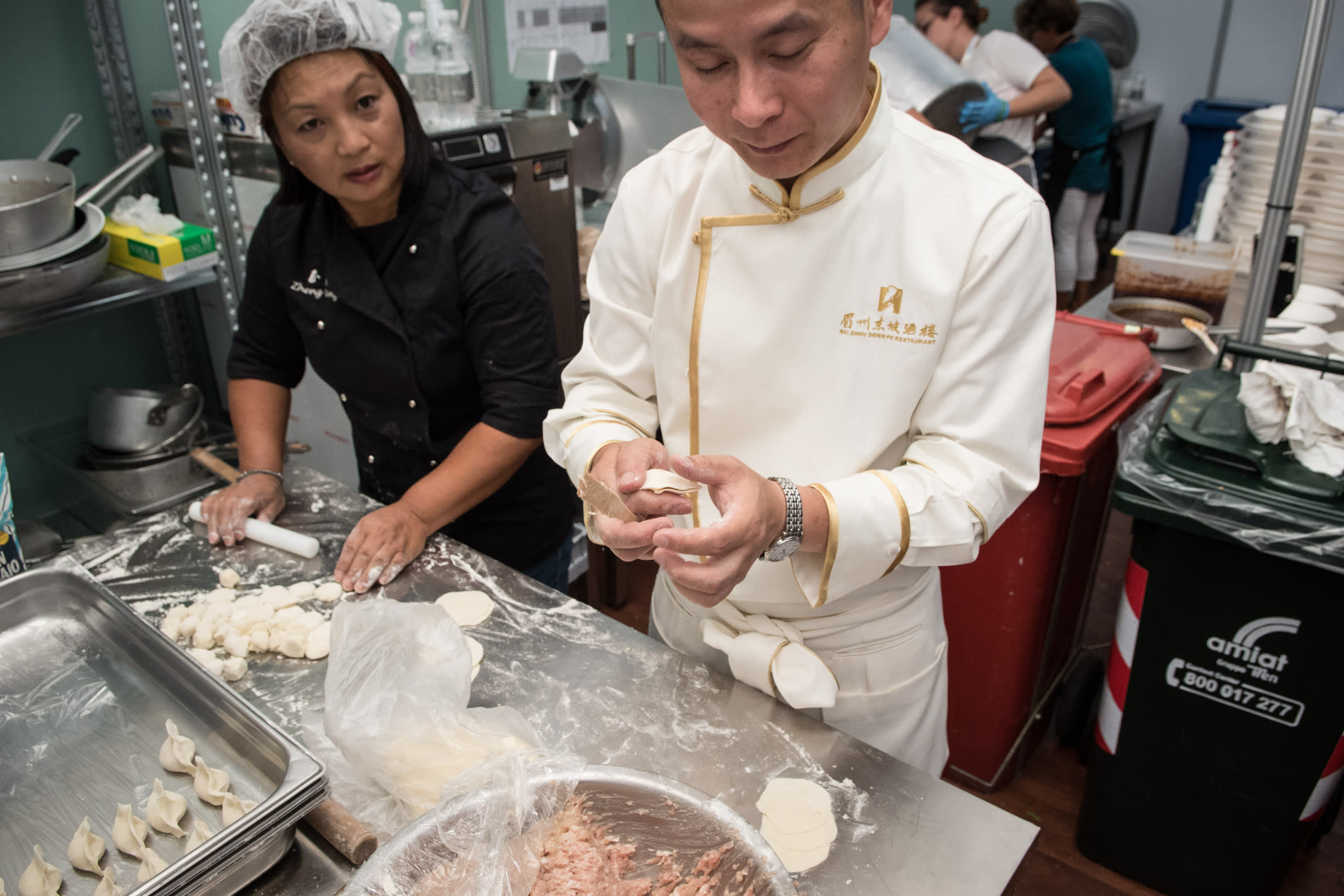 TURIN, Italy -- It seems that history, when it comes to food production in China, is repeating itself -- much like every rice harvest. Joining a new trend toward what is loosely termed "rural regeneration," Chinese students are once again going to work in the countryside and "learn from the peasants," -- as they did the Maoist Cultural Revolution of the 1960's.  In the past year, small groups of urban youth, concerned about creating a new model of farming that is safer and more sustainable, have left China's major cities for periods of between one month and a year, in study trips organized by Beijing's Liangshuming Rural Reconstruction Center, Under a coordinated scheme, they aim to support and promote farming communes that are rotating crops and using ancient forms of pest control -- as well as give renewed importance to those who still work the land.

Only this time, it is concern for the quality of food more than party ideology that is making them go. "They want to be part of a rebirth in how we farm and the cultural value of farmers," said Zhang Lanying from Liangshuming Center. Ms. Zhang is a leading proponent and spokesperson for groups promoting small-scale agriculture and organic methods. Thanks to efforts by Liangshuming and its partners, China was represented for the first time at an international gathering of the 30-year-old, anti-mechanization and pro-environment "Slow Food" movement. China took a single tented booth among many hundreds at this year's Salone del Gusto Terra Madre (Mother Earth's Ark of Taste), held in September. Staged every two years in the north Italian gourmet hub of Turin, this is the world's largest gathering of farmers and artisanal food producers, agronomists and activists, socially-conscious chefs and foodies.

At first glance, it may not seem significant that a country with farming traditions dating back at least four millennia should now be joining a worldwide initiative to "go slow." But with China hurtling toward modernization at all costs, going back to ancient approaches to agriculture may constitute a new "great leap forward." "The American model of industrial farming adopted to catch up quickly was not suited to local conditions," Zhang said. "China doesn't have vast plains -- with 9% of the world's arable lands and 6% of the water, we have to feed 20% of the world's population. And unlike North America, where indigenous groups were wiped out, Asia is populated with numerous native ethnic groups, 80% of whom are farmers."

The ideas behind the movement can be traced back to 20th century philosopher Liang Shuming and currently influential People's University professor Wen Tiejun. But the "rural reform" movement gained urgency in 2008, with highly publicized scandals exposing poisoned baby formula, chemically-spiked buns and heavy doses of hormones and antibiotics in meats. "All middle-class people in the cities, especially new mothers, started to search for safer foods " said Zhang.

At the same time, noted Zhang, Chinese food experts started to ask once more, "Who is responsible for raising half the pork in the world and 40% of the vegetables? How did our small farmers nurture the Chinese people for 4,000 years and do it while maintaining rather than exhausting soil fertility?"

Where agricultural has become privatized, the Chinese government has not tried to influence this overdue decentralization of agricultural production,. But Zhang's organization and others -- like Farmers' Forums, an agricultural movement that has been operating since 2004 - did not register as official non-governmental organizations, but instead have grown as "loosely-allied local initiatives," she admitted. "Like Slow Food itself, everything comes from the bottom up." 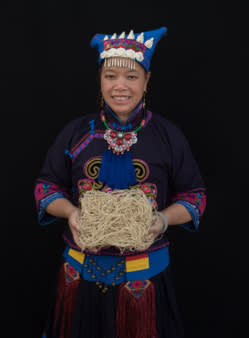 A Chinese delegate to the Salone del Gusto shows off her "endangered" product: hand-dried noodles (Courtesy of Archivio Slow Food)

This movement has reached an inestimable number of small villages, many in in the more poor mountainous Southwestern provinces of Guizhou and Yunnan, she said. Volunteers there study and improve crop rotation and environmental practices.

As with Slow Food, which pitches a 1960s-inspired shift away from material values, the movement's aims are as much spiritual as horticultural. Organizing work includes setting up village libraries and encouraging traditional festivals and philosophies. At one Salone del Gusto presentation, Zhang and others called for "a cultural regeneration that promotes a lifestyle where country people do not feel they are the ones left behind -- allowing them to regain self-respect, to follow the wisdom of elders, to increase mutual aid and an emphasis on health." All this, they noted, "means quality instead of quantity in all things." 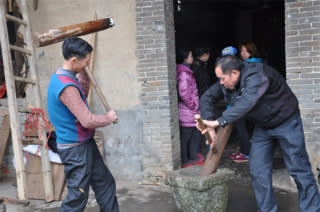 The aims, of course, are not entirely altruistic. Students and trainers also are helping peasants set up more "farmer's hotels," which, like the previously popular nong jia le (inns serving up nostalgic country dishes), increase earnings from eco-tourism by luring city folk in search of safe meals and clean air. Zhang also described how many students end up seeking professions as serving farmers to market their farm products. There are numerous attempts at what the Farmers' Group calls "county-wide direct marketing of produce through the internet."

On an international level, the China booth at Slow Food, while a modest representation for a country of more than a billion people, may be the most important bit of marketing yet. So far, Slow Food has officially endorsed 150 Chinese products as meeting its strict artisanal criteria. Some 60 of these, as presented and explained in halting English and Italian by 25 delegates who traveled from China, were on display, drawing strong interest from the crowds during the five days of the Salone.

The results of a single cooking demonstration of simple dumplings with Sichuan peppercorn sauce quickly sold out at 9 euros for a small plate. Unfortunately, none of the other Chinese delicacies, except for tiny cups of a brewed tea, were available for tasting -- but were merely shown through handfuls of samplings or mounted photographs. Among the "endangered" examples of food biodiversity were the Hanyuan Snow Pear, Xinguo Fish Vermicelli, Muslim-style oat bread, various wines, hams and red rices.

"Some of our members still produce a white millet known since the T'ang Dynasty," Zhang said with pride. "There are many traditional products in China still waiting to be discovered. We are here to learn how other countries find and catalogue such items."

Perhaps not every Chinese peasant is yet ready to raise the revolutionary banner, "To Go Slow is Glorious!" But, vowed Zhang, "This is just a single step. Someday, we hope to have many 'Slow Villages' all over China and host our own Ark of Taste."