Chinese private companies are an illusion 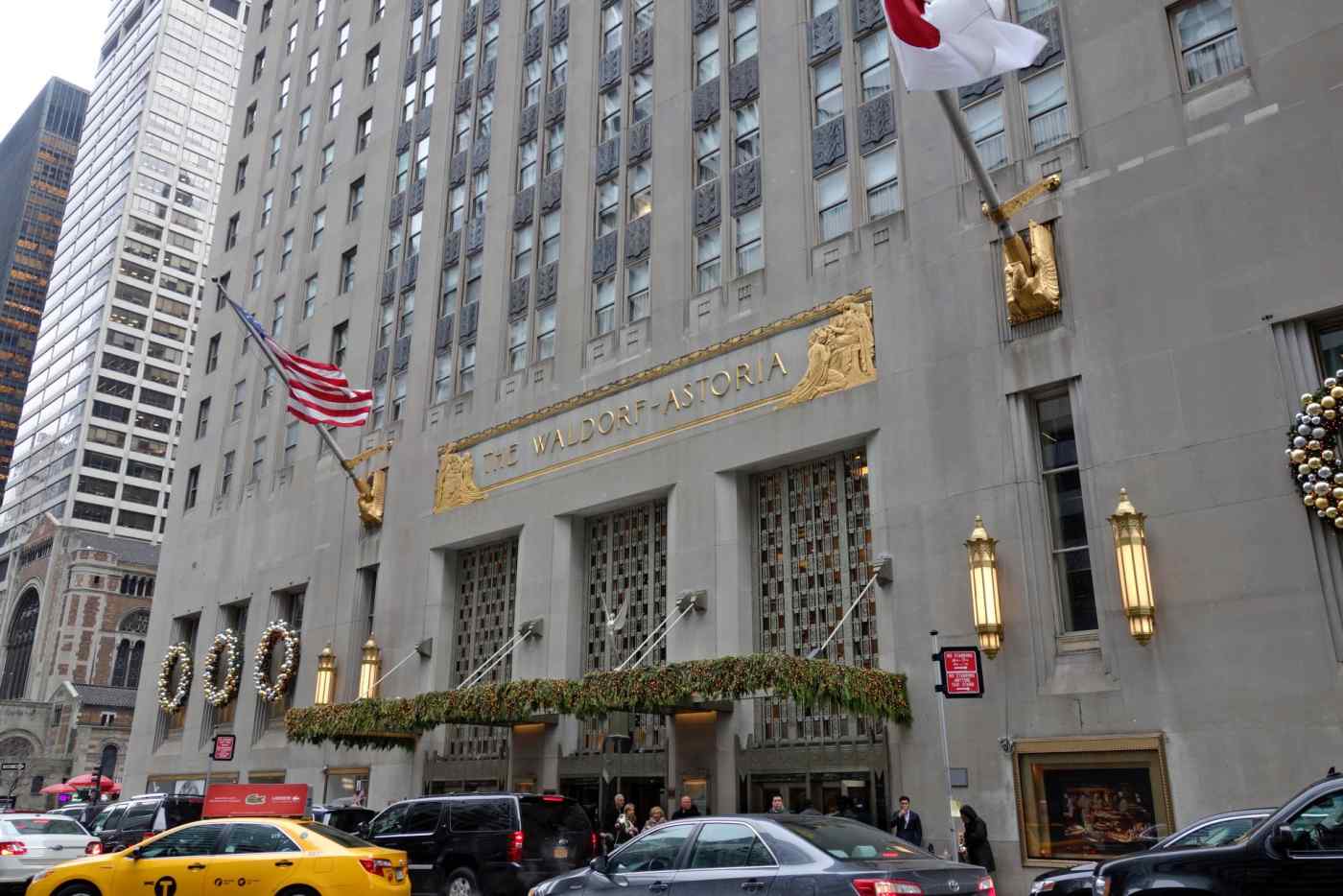 The Waldorf Astoria New York was sold to Chinese insurer Anbang Insurance in 2014. Anbang has been targeted by Beijing in its clampdown on financial risk.
CopyCopied

The Chinese Communist Party brought some cheer to entrepreneurs in early October when for the first time it hailed the importance of the "entrepreneurial spirit" for the growth of the economy.

Fine-sounding words indeed that perhaps even support the claim that meaningful reforms will be enacted to reduce the role of the state and unleash the private sector. Sadly, that would be the wrong message to take away from recent weeks. Frankly, talk is cheap and it is actions that reflect intentions.

This year was always going to be a politically sensitive one. The 19th Communist Party Congress, a far more significant event than the National People's Congress held each March, starts on Wednesday. During the congress, President Xi Jinping will be re-appointed for another five-year term as party chief, cementing his position as the country's most powerful leader since Deng Xiaoping.

With this event in mind, the party dictated that financial risks would be reined in this year. The yuan was at multi-year lows early this year and foreign exchange reserves had fallen around $1 trillion from their peak. Stories of capital flight from a worsening Chinese economy were paired with headlines on private companies buying foreign movie studios, hotel chains, soccer clubs and buildings.

Dalian Wanda Group, Fosun International, HNA Group and Anbang Insurance were among the most prominent acquirers. China looked to be buying up the world -- until the festivities came to an abrupt end. These companies then became the government's prime targets for curbing financial risk.

The companies had been open in their intentions, with many of their deals reported as front-page news, but the authorities were slow to wake up to the risks posed by their activity. Most of the deals were highly leveraged, with funding often linked to wealth management products sold to domestic investors. If the overseas deals had failed to deliver returns, that could have had a direct impact on the mainland.

The sums involved were significant too. Then there was the backroom politics and corruption which can run under the surface of power relations and business in China.

The insurance sector was particularly hard hit, with Anbang slammed by the clampdown. The subsequent detention of Xiang Junbo, then the chairman of the China Insurance Regulatory Commission, hinted at the favorable treatment Anbang and others had received in their dealings with the regulator. The appointment of widely respected Guo Shuqing as chairman of China Banking Regulatory Commission in February had already sent a clear signal that the government was serious about controlling the excesses of a self-generated credit bubble.

Yet while the political leadership may think it has now achieved victory, the clampdown on private investment overseas is a classic example of how not to regulate industries and deal-making. Private-sector deals, some as small as $1 billion, have been stopped, not so much for economic reasons but more for political ones.

The state could not have failed to notice what the private sector had been up to. China was going global, the yuan was becoming internationalized, but once the reality sunk in of what a more open capital account could mean for the country, the leadership got cold feet.

In August, the state issued new guidelines to clarify which sectors would be off-limits or restricted for outbound investment, and which encouraged. Issuing such rules after the clampdown is hardly sign of a mature, developed approach to the regulation of deals and the market.

It could be argued that the state has saved private companies from themselves. They were often said to be buying dubious overseas assets at inflated prices, but was that really true? Many of the headline deals were for quality assets and ongoing concerns, not just speculative ventures. Since these are private companies, would it not have been a good time to make a clear distinction between public and private-sector risk?

Instead, the clampdown and direct interference in private-sector dealings shows that there is no clear distinction between the state and private companies. The state and the Communist Party have never relinquished control over any aspect of society, regardless of how open China appears now. There may be private ownership but there is never full private control. The state has shown itself more than willing and able to directly interrupt the operation of some of China's largest private companies.

This only gives weight to the notion that Chinese companies are unreliable partners. Anyone who passes the landmark Waldorf Astoria New York hotel, bought by Anbang in 2014 for $1.95 billion, must wonder what has happened to the insurer's promised investment and redevelopment of the building. Why trust any Chinese company if this is how deals turn out?

As more countries see the impact of Chinese political influence on their own doorstep, should private-sector investment be seen as distinct from investment by state-owned companies? Surely the answer is "no."

The Chinese state has effectively sent a clear message to the private sector: "You are free to play as long as you play by our rules and more importantly, meet our demands and standards." Not that the state and private sectors should be in opposition, but if political demands trump economic concerns, where does that leave the private sector?

The recent friendly words on entrepreneurship should not be taken as a change of heart. Instead they are more a call for help from the private sector. Beijing wants the private sector to help with domestic public-private partnerships and, even more, with Xi's pet project, the Belt and Road Initiative. The private sector has always had an uncomfortable position within communist China. It is now clear its position is very much within the iron embrace of the Communist Party.