Growing up on construction sites in India 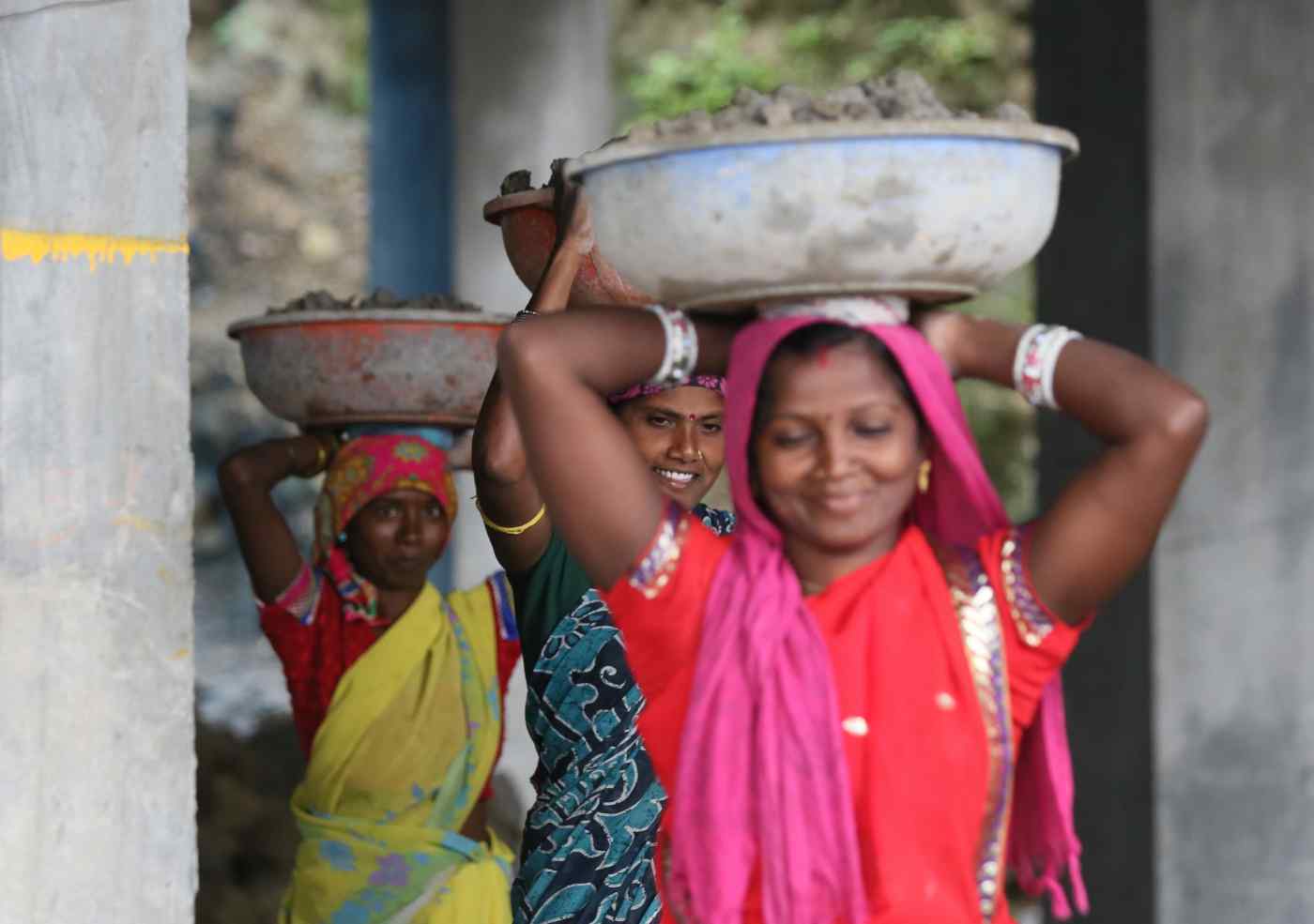 DHARAMSALA, India -- I was walking past a construction site in the small town of Dharamsala in northern India when a question occurred to me: Why are there so many children here?

I stopped, took a step back and looked around.

It was totally different from what I always see back in Japan, where a fence is built around the site and there are lots of signs stating "Under construction" or "Danger: No trespassing."

Instead, women clad in bright saris were marching by carrying dirt-filled basins on their heads, and many children were playing all around.

Intrigued, I went up to a girl holding a young child and spoke to her, but she did not understand English. So I tried using a translation app on my smartphone to start a conversation with her in Hindi. 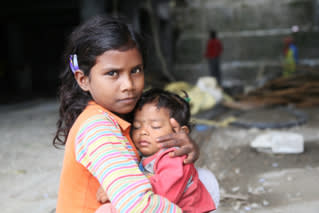 Sonia tends to her younger sister while their parents work.

A woman approached me, and she turned out to be the children's mother. I asked for permission to take their photos, to which she complied, smiling.

The girl's name is Sonia, and she is 8 years old. Sonia takes care of her 3-year-old sister while their parents work.

Soon the father joined. He spread a blanket over a flat piece of construction material, took the younger daughter who was asleep in Sonia's arms and placed her on the makeshift bed. Sonia's sister sleeps at the construction site under the watchful eye of her mother as she continues carrying dirt.

A construction site where workers bring their children was an eye-opener. Apparently, many families spend the whole day there, with the parents working and children passing time.

In India, most construction workers have migrated from rural villages in search of jobs. Their daily pay is somewhere between 250 rupees and 500 rupees ($3.74 and $7.49) for men and 150 rupees to 300 rupees for women. This cannot be a comfortable income even with the cost of living being low in India.

I also heard that many families move from one site to another, following the jobs, and that many children start working from a young age just like their parents did without ever receiving a formal education.

According to 2011 statistics, India's literacy rate was a little over 70%, with the figure for women lower than that for men. Sonia was able to write her name in Hindi, but I could not find out if she attended school.

India's remarkable economic growth seems to be leaving many children behind. They are forced to work from a young age and are deprived of an education.

Lord knows what fate awaits Sonia and her sister.

Oddly, though, I must admit that I was a little envious at the sight of an entire family spending the day together. It made me think about the numerous times as a child that I returned home alone to an empty house.