Operating profit is at a record high, but interest payments hurt net profit 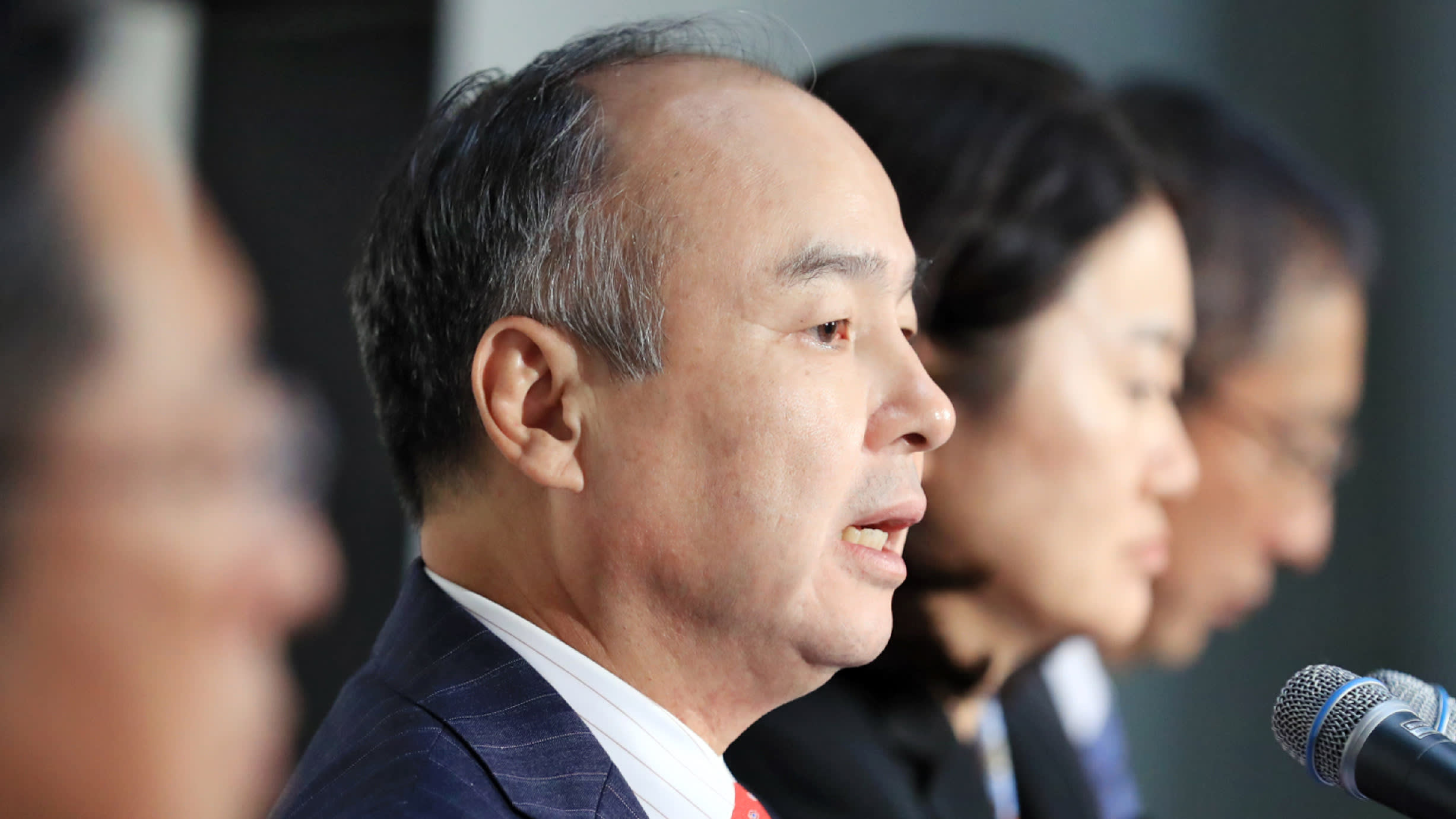 Growth at U.S. telecom unit Sprint, until recently in talks to merge with rival T-Mobile US, helped push operating profit up 35% on the year to 874 billion yen ($7.64 billion). But debt associated with that subsidiary, bought in 2013, also figured into the Japanese parent's roughly 15 trillion yen in interest-bearing liabilities as of the end of September. Interest payments sent net profit plunging 87% to 102 billion yen.

Interest payments for the year ended March 2017 were 467 billion yen, up sevenfold in four years. That figure comprised about 20% of the debt-servicing costs for all of Japan's listed companies, putting the company head and shoulders above second- and third-place Tokyo Electric Power Co. Holdings and East Japan Railway, which paid out 75.5 billion yen and 70.2 billion yen in interest, respectively.

Low interest rates around the world have helped push down fund procurement costs. Sprint used to pay over 8%, but recently has been getting loans with rates in the 3% range, says SoftBank Chairman and CEO Masayoshi Son. The Japanese parent is hurrying to refinance into lower-cost debt, receiving 2.7 trillion yen in bank loans with a rate in the low 1% range.

But U.S. credit rating agencies Moody's Investors Service and Standard & Poor's have given SoftBank debt junk status with ratings of Ba1 and BB+, respectively. With the U.S. entering a monetary tightening phase, some in the market say SoftBank should "be mindful of its creditors and strive to reduce its interest-bearing debt," in the words of Mana Nakazora at BNP Paribas Securities (Japan).

But with lending demand in Japan limited, SoftBank is one of the few major clients that Japanese banks have. Loans to the company carry "no worries on the financial front, given such assets as shares in Alibaba Group Holding," the Chinese internet company, said one executive at a major lender.

Nevertheless, making such massive loans does expose banks to risk. Financial institutions "need to think about whether to go along any further" with SoftBank, said a bank-affiliated source.

MISSED BETS Complex derivatives trading has proved to be the biggest weight on SoftBank's bottom line.

In June 2016, SoftBank made an intricate financial arrangement involving the partial sale of its 30% stake in Alibaba. It issued corporate bonds that could be converted in June 2019 to American depositary receipts in Alibaba, fixing the number and price of shares to be exchanged. Through this financial engineering, SoftBank set profit on the future sale of Alibaba shares.

After that, Alibaba's stock price rose above the contractually agreed-upon level. SoftBank could have reaped greater paper gains if it had held onto the shares without making the contract. Instead, it booked the difference between these potential gains and the profits on the sale it could claim in 2019 as derivative losses. The sum reached 504 billion yen for the six months through September.

A third source of concern is the effect on group earnings of SoftBank's $93 billion Vision Fund, set up in May with backers that include the Saudi Arabian government. The fund began contributing to SoftBank's earnings in earnest in April-September, lifting operating profit by 186 billion yen thanks to contributions including valuation gains on U.S. chipmaker Nvidia.

But the 1.85 trillion yen in assets and 1.15 trillion yen in liabilities of companies in which the fund invests now figure into SoftBank's balance sheet as well, accounting for about 7% of total assets and around 5% of debt as of the end of September.

The Vision Fund has so far invested an average of about 100 billion yen in around 20 companies. The fund's investment targets "are largely unlisted shares, so the value of those holdings will become evident at the time of listing," Son said. But the company's assets look set to keep expanding for now, which risks hurting indicators of financial health such as the capital-to-asset ratio.

SoftBank achieved growth in the 1990s as an investment company. It appeared to have transitioned into a communications player with its 2006 purchase of the Japanese mobile unit of carrier Vodafone, but lately it has been leaning back toward its old ways.

"SoftBank's core business is the information revolution," Son told reporters on Nov. 6. "I have never for a single day considered communications our main activity."

But as the tech giant reverts to a previous version of itself, its profits are increasingly vulnerable to volatile stock prices and interest rates.