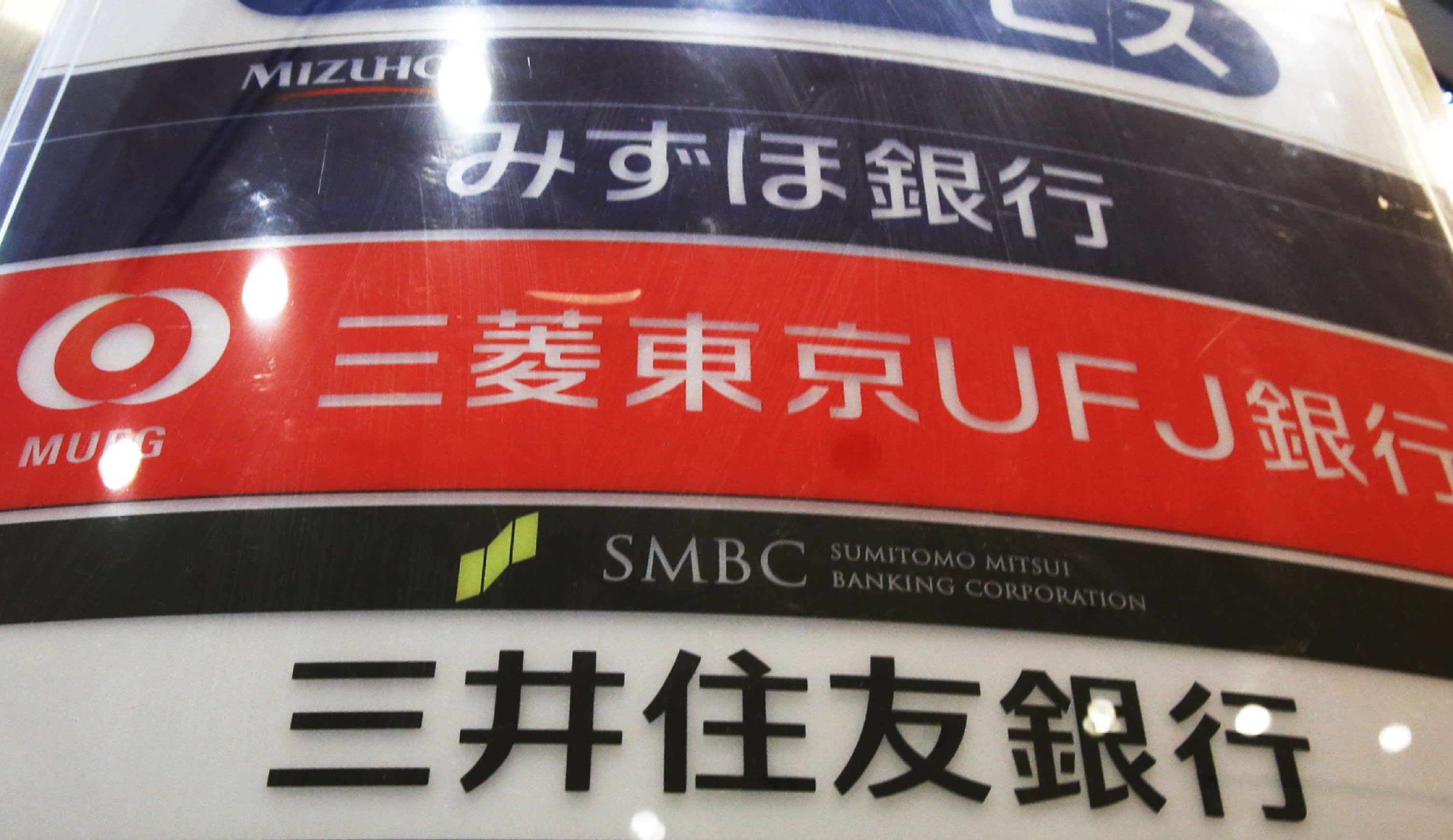 TOKYO -- Combined net profit at Japan's three megabanks likely shrank about 30% in the April-June quarter due to meager earnings from lending operations amid the Bank of Japan's negative interest rate policy.

The negative rate policy, introduced in February, has shrunk the spread between lending and deposit rates. In addition, investors curtailed purchases of mutual funds and other instruments in light of stock market declines and the yen's appreciation this year.

Market investment, including foreign exchange and bond trading, generated hefty revenues but not enough to absorb the adverse impact.

No substantial revisions to the full-year forecasts appear necessary for now. But megabanks could take a further hit from growing uncertainty overseas, including Britain's decision to leave the European Union.