Japanese shoppers will have plenty of reasons to spend in 2016 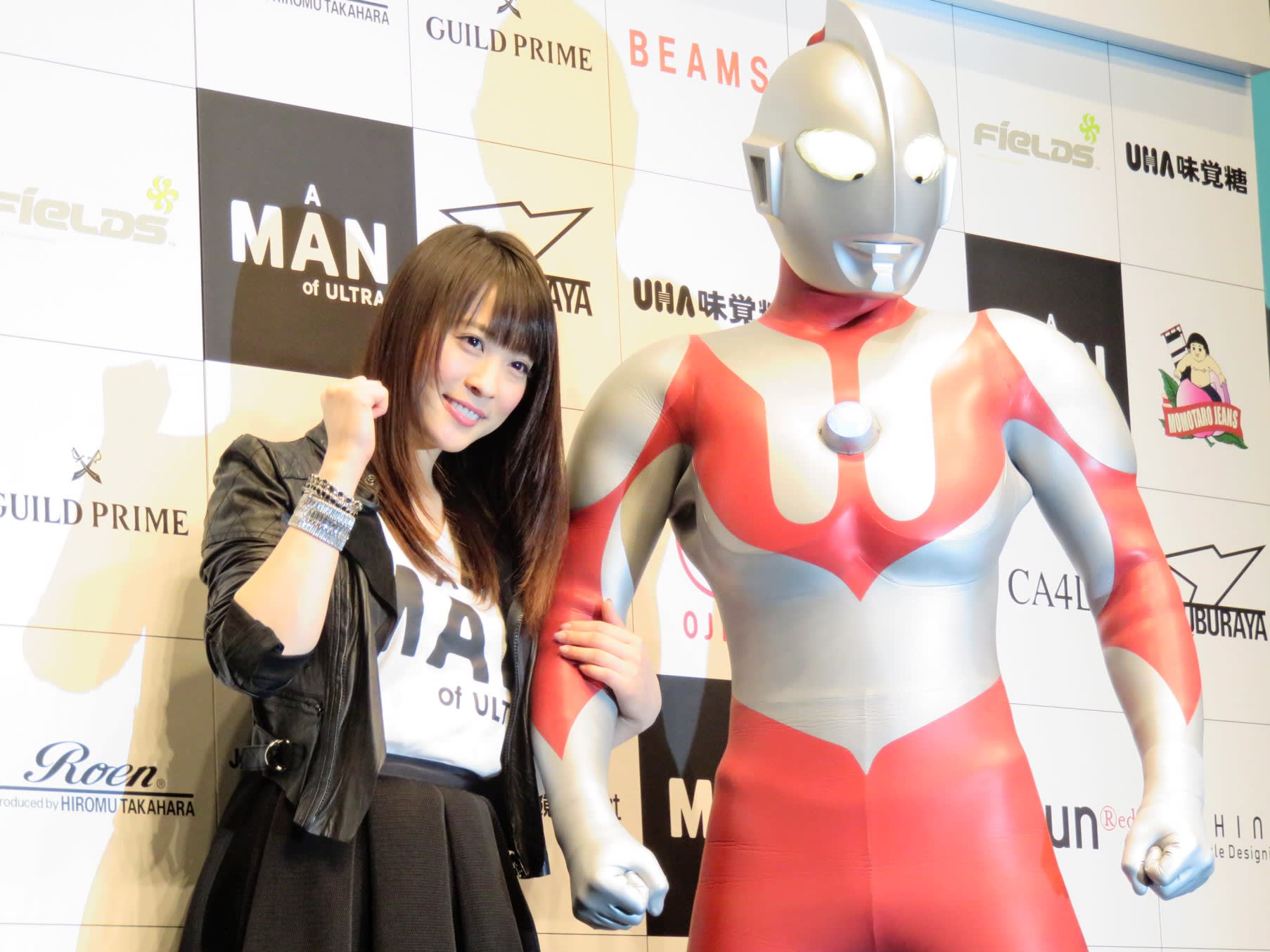 TOKYO -- From the Rio de Janeiro Olympics to the G-7 summit to the U.S. presidential election, 2016 is shaping up to be a busy year in world events.

For Japan, 2016 will also see the introduction of sweeping institutional changes, as well as notable anniversaries of some of the country's most beloved characters and entertainment. These factors, coupled with the consumption tax hike scheduled for 2017, are likely to provide a major boost for consumer spending.

Kashikojima Island, in Ago Bay, will be the main venue for the Ise-Shima G-7 summit in 2016.

The Nikkei Marketing Journal's hit product rankings for 2015 included few products that benefited from deflation. The Dentsu Innovation Institute highlighted the emergence of a new trend, which it labeled a "volume-zone recession," in which even low-priced products do not sell well without offering something extra in terms of value. This trend, which runs counter to conventional wisdom about consumption, looks set to continue into 2016.

That year will also see the "My Number" national identification system come into effect and the voting age lowered to 18. The following year, the consumption tax will be raised to 10% from the current 8%. Consumers can expect a flood of books, magazines and services aimed at helping them navigate these new and unfamiliar waters. 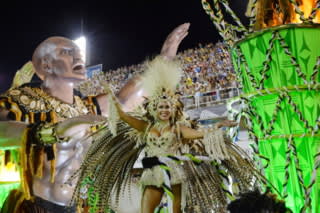 Samba performers take part in the Rio Carnival in Rio de Janeiro, where the 2016 Olympics will be held.

"The 10% consumption tax will mean a drastic change," said Kiyoshi Yokoyama, president of major supermarket chain Arcs. "Consumers will become even more careful in their choice of products."

Others face different challenges. "We'll face competition in luxury goods, which will sell in spite of the higher tax," said an executive at Isetan Mitsukoshi Holdings, a leading department store operator.

Fast Retailing, operator of the Uniqlo chain of casual clothing stores, is aiming high. "We'll produce results never before seen in the history of global business," Chairman and President Tadashi Yanai said. The company plans to improve its production, distribution and information systems and develop more value-added products, such as sportswear, for everyday use.

When it comes to new products, the higher tax rate is likely to separate the winners from the losers even more quickly. The most innovative and appealing products, however, should be able to carve out new markets. Virtual-reality headsets are a prime example. Oculus VR of the U.S. will likely be the first company to market such a device, and Sony Computer Entertainment plans to commercialize one in the first half of 2016. According to the Dentsu Innovation Institute, the cost performance of recurring expenses, such as fixed-fee streaming services, will also come into the spotlight. In April, Japan plans to expand the liberalization of retail power sales to cover general households and small stores. Once the change comes into effect, consumers are likely to seek cheaper rates.

Advances in technology, meanwhile, mean consumers will have a growing selection of futuristic products and services to choose from, including robots, hydrogen cars and gene-related medical procedures. Nissan Motor plans to start marketing a self-driving car in 2016.

Japan's tourism industry will likely continue to thrive. The G-7 summit in Ise-Shima, Mie Prefecture, is a political event, but the Ise City Tourist Association also expects it to spark renewed interest in the area among tourists.

In 2013, the Ise Shrine performed the shikinen sengu ceremony, in which deities are transferred to rebuilt sanctuaries. That year, 10 million people visited the shrine. The area attracted a steady flow of tourists in 2015 partly because it was selected as the venue for the 2016 summit. The major task now is to prepare for an influx of foreign visitors. 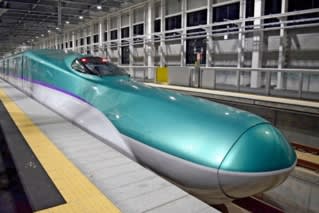 A shinkansen bullet train line will open in Hokkaido in March 2016.

The hotel and lodging segment is in for a big year, too. Next April, the Osaka prefectural government will start accepting applications for the use of private housing to provide lodging services. The move is intended to alleviate the anticipated shortage of hotels. In July, Hoshinoya Tokyo, a hotel with hot-spring facilities, will open in Otemachi, a business district in central Tokyo.

A shinkansen bullet train line will open in Hokkaido in March. While it is not expected to have as great an impact as the Hokuriku shinkansen, which enables people to travel from Tokyo to Kanazawa in two and a half hours, the new line is good news for the tourism industry in and around the city of Hakodate.

The Rio de Janeiro Olympics, too, are expected to have a sizable impact on consumption in Japan. TV sales generally grow in years when the Olympics take place, but the London Games in 2012 did not lead to any noticeable spike. This time, however, expectations are high that demand for 4K TVs will surge. This is for two reasons. One, replacement demand is forecast to rise in 2016, and two, consumer spending will likely rise ahead of the 2017 tax hike. A rendering of the Hoshinoya Tokyo hotel, center (Courtesy of Mitsubishi Estate)

In Japan, moreover, the Rio Olympics are seen as a pre-event for the 2020 Tokyo Olympics. Interest in sports that have become candidates for new events for the Tokyo Games, including karate, sport climbing and skateboarding, is likely to rise.

While 2016 is expected to bring new changes, the year will also see important anniversaries for many pop culture institutions. With fewer children and a growing elderly population, nostalgia-fueled "revival consumption" is likely to grow.

In 2016, the "Ultraman" TV series will mark its 50th anniversary, the "Sazae-san" comic strip will turn 70, and the "Chibi Maruko-chan" manga series will celebrate its 30th birthday. These works -- the first is about a superhero, while the other two are light-hearted family stories -- have remained popular with successive generations and likely have many more years of popularity ahead of them. 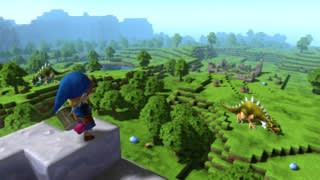 A screen image of a new title of the Dragon Quest video game series, which will be released in January ahead of the 30th anniversary of its first title.

The "Kamen Rider" superhero TV show will see its 45th anniversary in 2016, while the "Metal Hero Series" will mark its 35th. A wave of related goods is expected to hit store shelves, stimulating demand among adults with fond childhood memories of the shows.

The "Pocket Monsters" franchise, which has spawned successful video games and anime series, will turn 20, and the "Dragon Quest" role-playing video game will hit 30. By adapting to the smartphone era, these series can expect to enjoy continued growth.

In sports, the Chunichi Dragons professional baseball team will mark its 80th anniversary. The team has performed poorly for the past few years, but 2016 could be the team's comeback season.