In 1971, I joined the Ministry of Finance's Department of Financial General Inspection. It was considered traditionally in France as one of the three most important government bodies, together with the Council of State and the Board of Audit that judges public accountants. There was room for only five ENA graduates for each of these bodies.

I wanted to join the financial inspection department because I wanted to apply what I had learned from the study of economics and finance to my work. As already mentioned, I graduated fifth in my class from ENA, and I was happy when I learned that I could get a position in my preferred institution.

The role of the financial inspection is to examine whether government ministries and departments, local governments, public institutions and agencies are executing their budgets and fulfilling all their tasks appropriately, and to propose reform measures to improve their efficiency as needed. It acts as an auditing arm of the government, ready to go on the spot.

We would arrive unannounced at a site, seize the cash, check all the books and report back on the financial situation to two cabinet ministers: the finance minister and the minister responsible for the target entity. If we had to inspect public accountants dispersed in different cities in the same region, the entire process could take half a month and, sometimes, much more. When we inspected the central public accountant of a prefectural department, we had at least six people on hand so no one absconded with the cash or any of the ledgers.

Once, I went alone to inspect the prison on the Ile de Re, close to the Atlantic coast of France. I checked every corner of the prison, including its cash management and the factory there that made chairs with prison labor. Prisons are of course hard to escape from, but they are also hard to enter! There were no windows and I almost could not find the entrance door -- it was not that easy to get to the director of the jail to tell him to show me the cash and the inventory.

The French economy was still experiencing a period of high growth called the "Glorious 30 Years." It was in the midst of a rapid transformation of the economy from agriculture to manufacturing and services, and the jobless rate was only a reflection of frictional unemployment: we were at full employment. Public expenditures as a proportion of GDP were lower than in Germany or the U.K. But then came the first oil shock at the end of 1973, and progressively the situation became tougher. 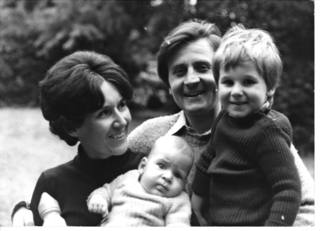 After four years working for the financial inspection department, I joined the Treasury in 1975. My first appointment was at the Interministerial Committee for Improving Industrial Structures (CIASI), which had been set up by the government the previous year. My job was to negotiate proposals for restructuring corporate businesses in difficulty, searching, in particular, for healthy companies to acquire those that had fallen into financial distress.

In 1976, I became the second secretary general of the CIASI. During all these times, I dealt with some difficult situations, including the negotiations for the textile company Boussac, the excavator company Poclain and the liquefied gas shipping company Gazocean. Our role was to bring private companies together to work out the necessary restructuring, asking shareholders and banks to make the efforts necessary to put the company back on its feet, generally after a successful takeover. Rather than doling out subsidies, we were trying to act as a catalyst for promoting industry reorganization, with the smallest possible amount of public loans.

You needed to bring creditors, bankers, shareholders and representatives from the acquiring company together for discussions. It was a persistent dialog of "if you do that, then we will do this," all aimed at striking a deal to restore the business to profitability and to preserve the level of sustainable jobs that were in line with a sound going concern. All my colleagues in the CIASI called it an amazing experience. (This has been particularly the case of Pebereau, my predecessor, who became head of BNP Paribas, Lamy, who became head of the World Trade Organization, and Alain Minc, a well-known French essayist.)

This experience taught me the importance of micro-level corporate activities. Macroeconomics held too much sway in France's universities and even at the ENA, not enough attention was paid to real activities in the real world. I realized how economic success depends on a myriad of sound businesses, getting the appropriate amount of capital, convincing banks to finance the company, being innovative and selling successful products. I became deeply convinced that we must make sure that the market economy functions without impairment to produce significant sustainable growth.

My first son Alexis was born the year I joined the Ministry of Finance, and my second son Nicolas was born two years later. Nicolas was born two months earlier than expected. My wife experienced significant bleeding during childbirth, and I had to drive around Paris looking for additional blood of her type, finding a supply at a large hospital and bringing it back for her. She was very emotional after the birth, saying over and over how tiny the baby was.

At that time, my life was a series of late nights and early mornings. My wife shouldered the entire responsibility of raising the children during the week. On weekends, I tried to spend as much time as possible with our sons.