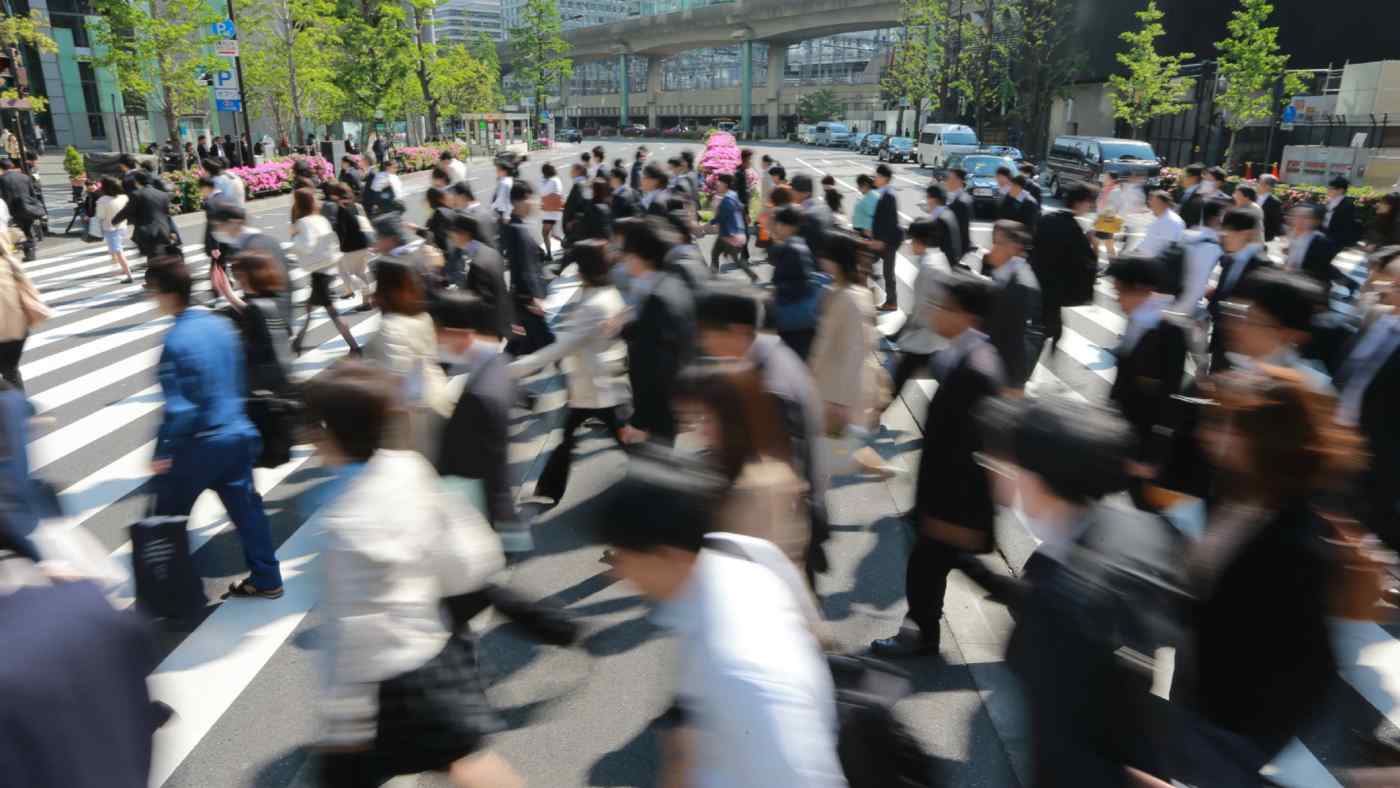 TOKYO -- Over 22% of surveyed businesses in Japan had workers whose monthly overtime exceeded 80 hours, the threshold at which the risk of death from overwork becomes significant, according to a recent government survey.

The results of the health ministry survey, conducted on about 10,000 companies and some 20,000 workers, were revealed on Friday in the first white paper digging into the risk of death from overwork.

The report, approved by the Cabinet the same day, was issued under the act on promotion of measures for karoshi, etc., which took effect in November 2014.

Japanese actually has a word for death from overwork: karoshi.

The report -- which also found nearly 40% of employees on regular corporate payrolls are feeling stress on the job -- calls for efforts to improve working conditions and working styles.

A total of 1,743 companies and about 19,000 workers returned valid responses to the survey, conducted over two months from December.

The 80-hours-a-month threshold is typically used as a criteria in judging applicability of the government-run Industrial Accident Compensation Insurance on worker deaths.

The survey revealed that the information and communications industry had the highest percentage of companies with workers exceeding the threshold, at 44.4%. This was followed by 40.5% for businesses providing research and specialized technological services and 38.4% for the transportation and postal services.

The report observed that the excessive working hours often occurred at understaffed offices and as a result of frequent occurrences of unscheduled work.

In a survey of individual workers, the report found 36.9% of those on a regular payroll were feeling a high degree of stress at work.

The percentage of such workers was especially high in the medical care and welfare fields, at 41.6%, and the service industry, at 39.8%.

Asked to what extent they feel the accumulation of their fatigue has reached, 32.8% of the regular employees answered either "high" or "very high," while 45.6% of them said their sleeping hours are either "insufficient" or "slightly insufficient." "Long overtime" was the most frequent answer given by these respondents complaining about lack of sleep, at 36.1%.

In each of the past several years, over 2,000 suicides have been attributed to work-related issues like excessive overtime.