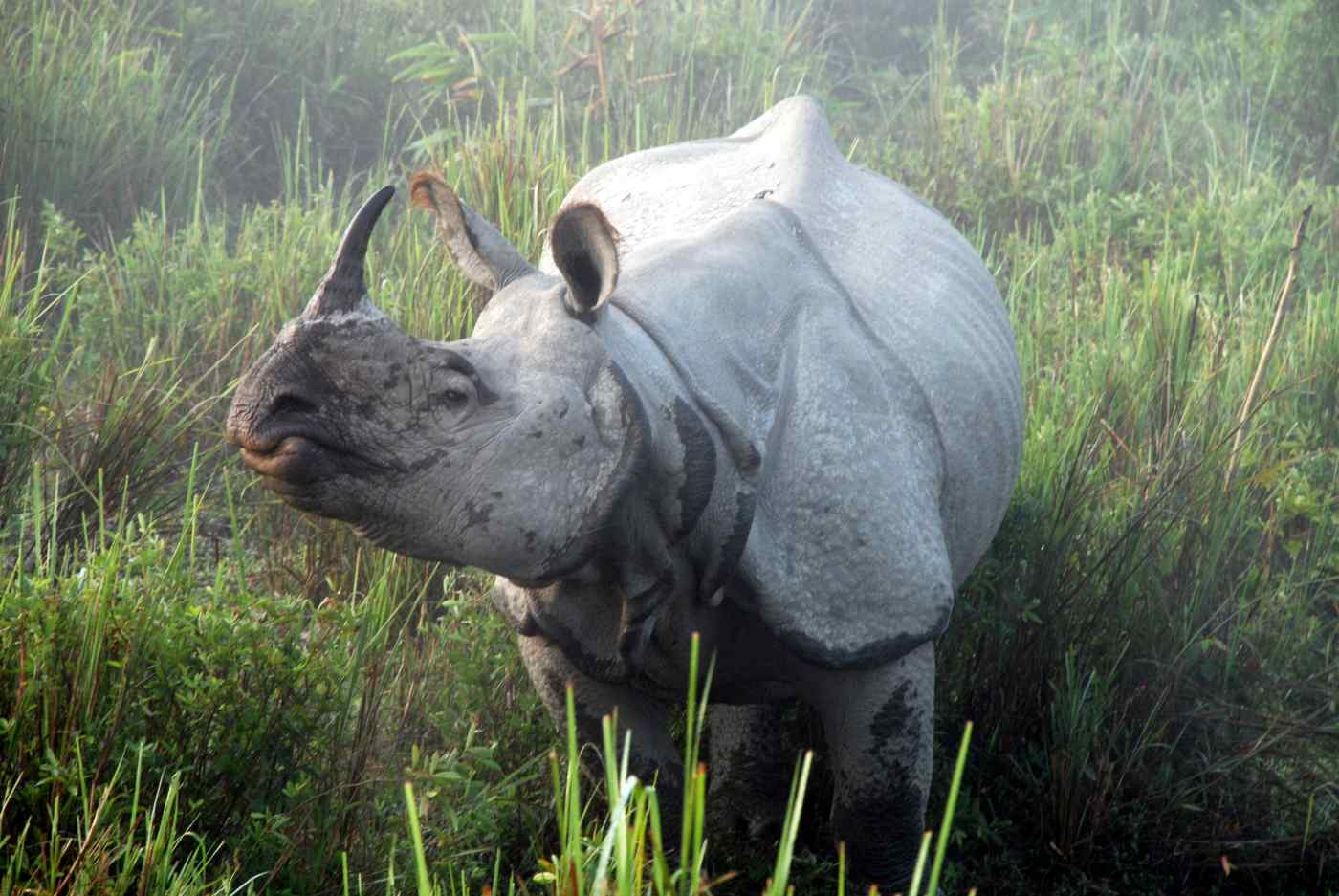 CHITWAN NATIONAL PARK, Nepal -- As morning mists sweep the jungles of this wondrous wildlife sanctuary, visitors mounted atop elephants will almost always encounter a 50-million-year-old species, thriving in this sanctuary but lumbering toward extinction elsewhere in the world; an animal with an ancient curse on its head: the rhinoceros. Madhav Khadka, with 16 years of anti-poaching experience behind him, is key to WWF's support of Nepal's wildlife conservation efforts. (Photo by Denis Gray)

Slaughtered wholesale in Africa and trafficked by international criminal syndicates, rhinos are under threat in almost all their habitats. But numbers have grown dramatically in this Himalayan nation. Indeed, Nepal has notched an astounding record: Only three rhinos have been poached over the past five years, and not a single animal since May 2014. More than 1,300 rhinos were taken by poachers across Africa last year.