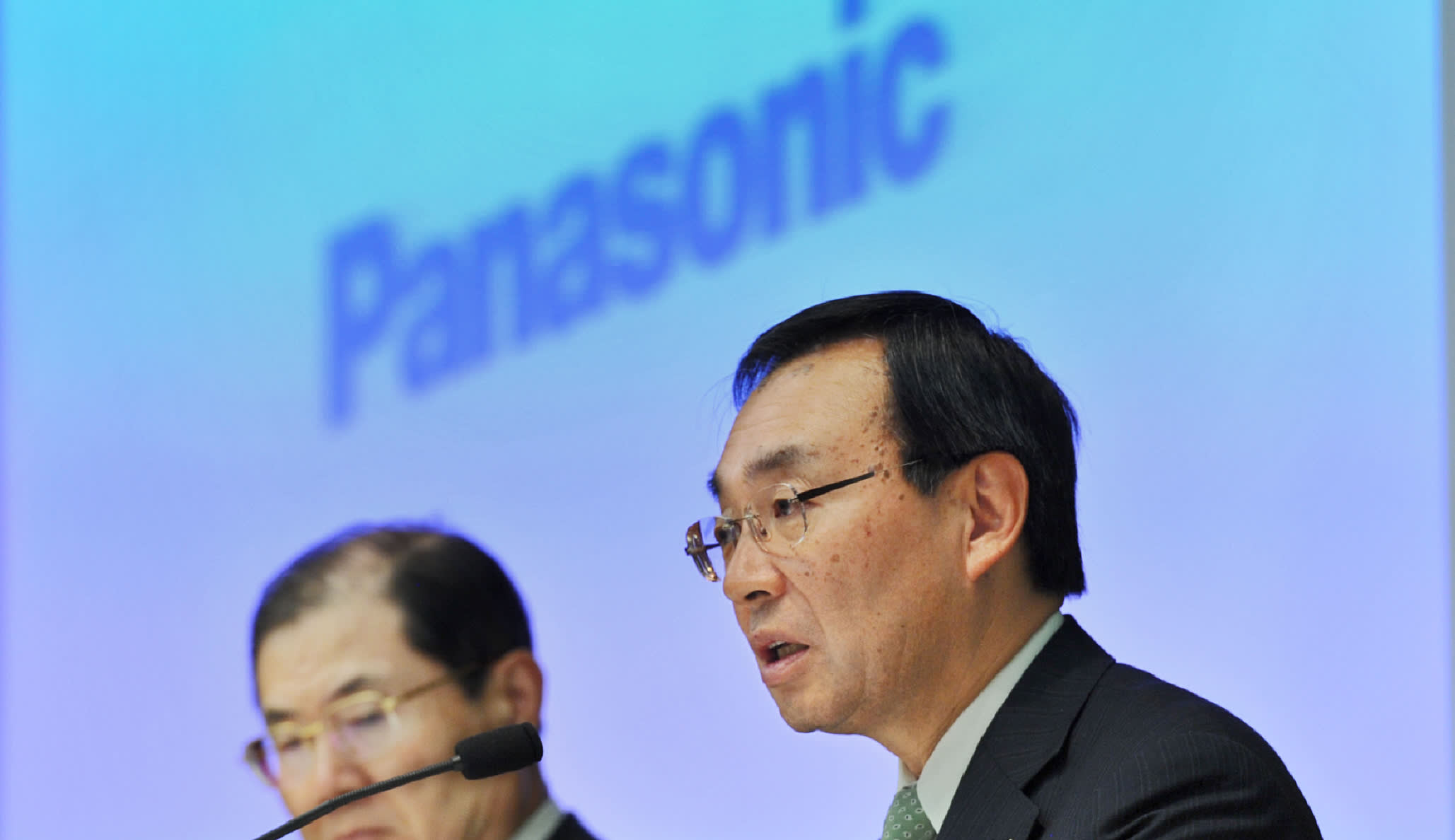 "The pursuit of growth isn't everything," President Kazuhiro Tsuga said Thursday at a news conference in Tokyo. "We will keep on with our growth strategy, but we shifted to a more appropriate target."

Sales have stalled of late. Panasonic downgraded its fiscal 2015 sales forecast from 8 trillion yen to 7.55 trillion yen in February on the Chinese slowdown and a sluggish housing market.

"We had problems adapting to the changing environment," Tsuga said.

The president said he learned much from sweeping reforms by Sony. Such moves as spinning off its television business and selling its computer business allowed the rival to revive itself. "We will pursue our own reform to keep up," said Tsuga.

He came up with the 10 trillion yen sales target around two years ago -- after Panasonic had undergone major reforms in light of deteriorating earnings -- to send employees in all departments a strong message to keep growth in mind. The company will now prioritize profit rather than blindly push for expansion.

Resources will be poured into high-growth businesses, including in-car information systems, lithium-ion batteries, food distribution, and home appliances designed for Asian markets. The company will aggressively pursue acquisitions in these areas.

For operations enjoying steady growth, such as appliances for the Japanese market, Panasonic will focus on maintaining stable earnings instead of betting on acquisitions. And for areas in need of improvement, such as information technology and audiovisual equipment, it will focus on boosting profits by lifting efficiency rather than sales.

The company is strengthening operations targeting corporate customers amid tougher competition in appliances and other retail products. But the company still lacks a business model sufficient to win, Tsuga said. Panasonic must further clarify which fields, products and regions it wants to concentrate on.