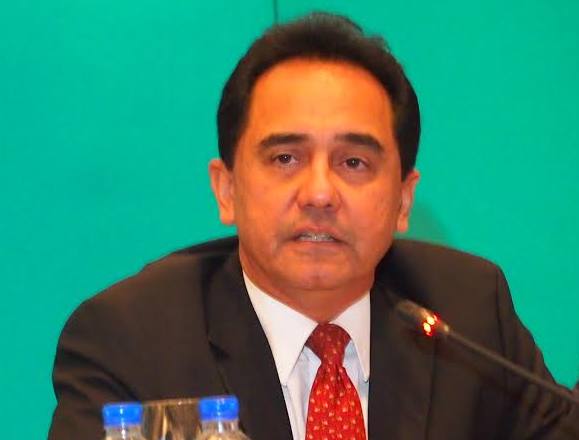 Net profit plunged 96% on the year to 348 million ringgit ($86 million) in the April-June quarter, after sales shrank and it recorded lower average realized prices across all products.

Petronas, Southeast Asia's sole Fortune 500 company, said it had endured the commodity downtrend in the past two years "relatively well" but warned that uncertainties remained through 2017 due to a supply glut and weak demand.

"We have planned for oil at $30 per barrel and we are not changing it," Petronas President Wan Zulkiflee Wan Ariffin told reporters, referring to the average price of crude oil that the group used as benchmark for operational planning.

Wan Zulkiflee added that Brent crude prices averaged $40.7 in the first half of 2016, below the $52 recorded for the same period last year.

"The combined factors of oversupply, growing inventories and slower demand growth point to an ongoing gloomy outlook well into 2017," he said.

After officially laying off 2% of its 51,000 workforce at the beginning of the year, the group said it would continue to cut staff deemed to be underperforming in order to be a leaner organization.

"This is part of the exercise for us to be a merit-based high-performing organization," said Wan Zulkiflee. He did not give a figure for such targets, saying that there was no fixed number.

Profit after tax for its downstream business fell 31% to 2.2 billion ringgit on revenue of 23.7 billion ringgit due to weaker refining margins for its petrochemical products.

On a half-yearly basis, the group's net profit declined 84% to 3 billion ringgit from a year ago, while revenue dropped 23% to 97.56 billion ringgit.