Philippine workers an essential asset the world over 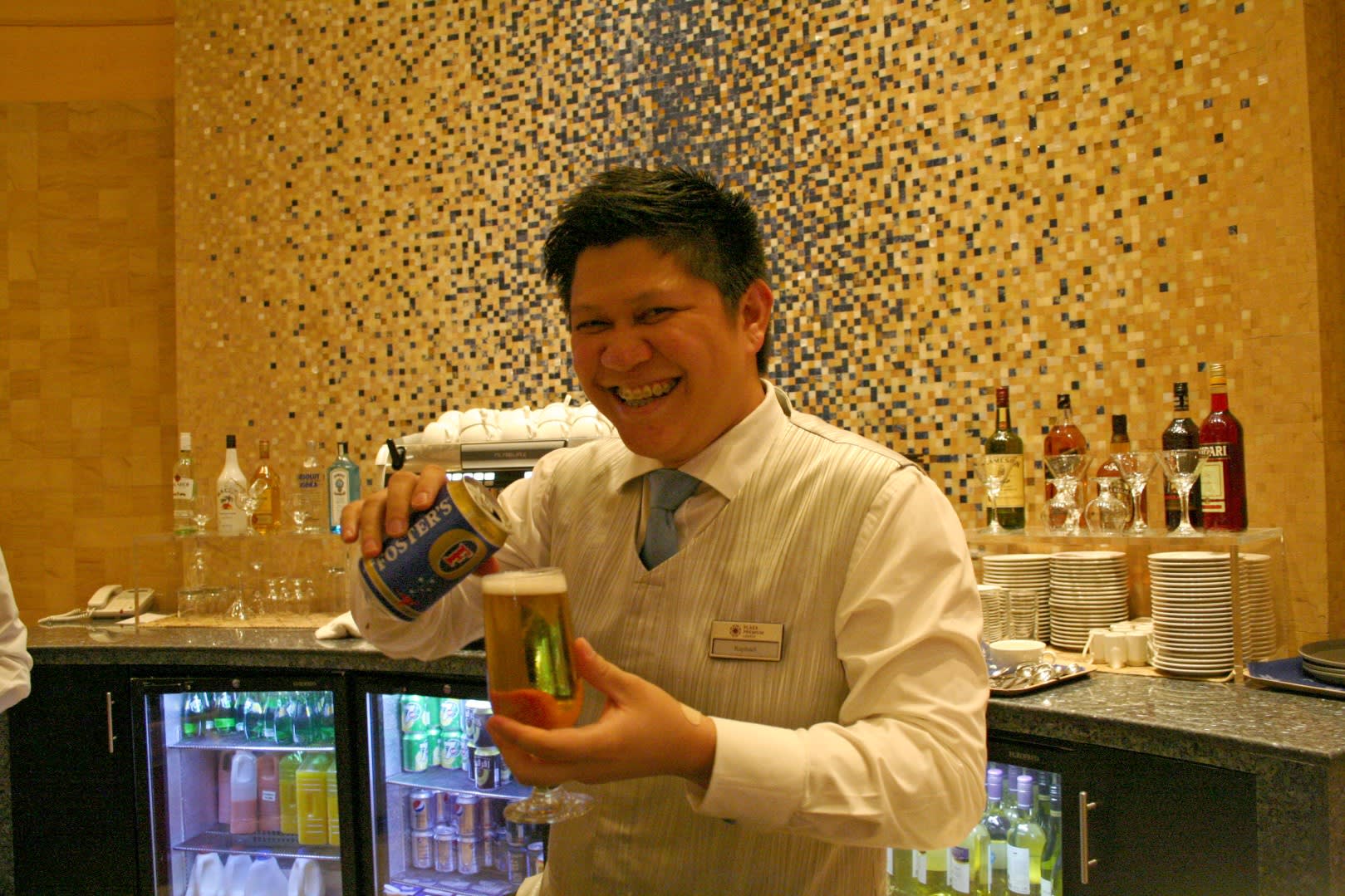 Raphael Baldivino, one of the 930,000 Filipinos living in the United Arab Emirates, works at a bar in the Abu Dhabi International Airport.

MANILA -- The Abu Dhabi International Airport in the United Arab Emirates is a powerful testament to the important role Filipino workers play in the world economy.

Without workers like Raphael Baldivino, daily operations of the airport, which is served by about 50 airlines, would grind to a halt. The 25-year-old left his home on the southern Philippine island of Mindanao nearly four years ago to work in the oil-rich Middle Eastern country. He now manages the bar in one of the lounges in Terminal 1 and sends travelers off with a cheery "Have a good flight!"

Baldivino is typical of Filipinos working overseas in many ways. He earns about $676 per month and sends $100-$200 of that to his parents back home. He says it is only right for him to support his parents to repay them for all they have done for him. He plans to invite his younger brother, now living at home, to join him at the airport soon. In the meantime, the many compatriots working with him keep him from feeling lonely.

Filipino workers can be seen all around the bustling airport. They make up a large proportion of the staff at hotels, duty-free shops and airline counters, and it is common to hear two porters speaking in Tagalog near the boarding ramp.

With their strong English skills and cheerful demeanor, men and women from the Philippines have little trouble finding jobs around the world. In the U.S. and Hong Kong, many Filipino women work as maids, helping busy working families with household chores and childcare. This "behind-the-scenes" labor force plays a significant role in supporting these economies. In the Middle East, the number of so-called guest workers from the Philippines has grown sharply in recent years. There are some 930,000 Filipino residents in the UAE alone, one-tenth of that country's population of 9.2 million.

A growing number of them are climbing up the income ladder, too. Filipino women are often promoted to senior executive posts at Saudi Arabian companies, according to Kumi Fujisawa, co-founder of think tank SophiaBank in Tokyo.

Including permanent residents, more than 10 million Filipinos live and work outside their native country. That figure, which represents 10% of the country's population, is a reflection of the shortage of jobs at home, where domestic industries are still weak.

But there have been significant changes under President Benigno Aquino, who came to power in 2010. His reforms have improved the business environment, leading Japanese manufacturers to expand into the country to capitalize on its low-cost, high-quality labor.

In Mindanao, Baldivino's home, a peace agreement signed between the central government and the Moro Islamic Liberation Front, the country's largest Muslim rebel group, has spurred an investment and construction boom involving many foreign businesses.

The growth of domestic industries would sharply reduce the number of Filipinos working abroad, spelling potentially serious consequences for the world economy.