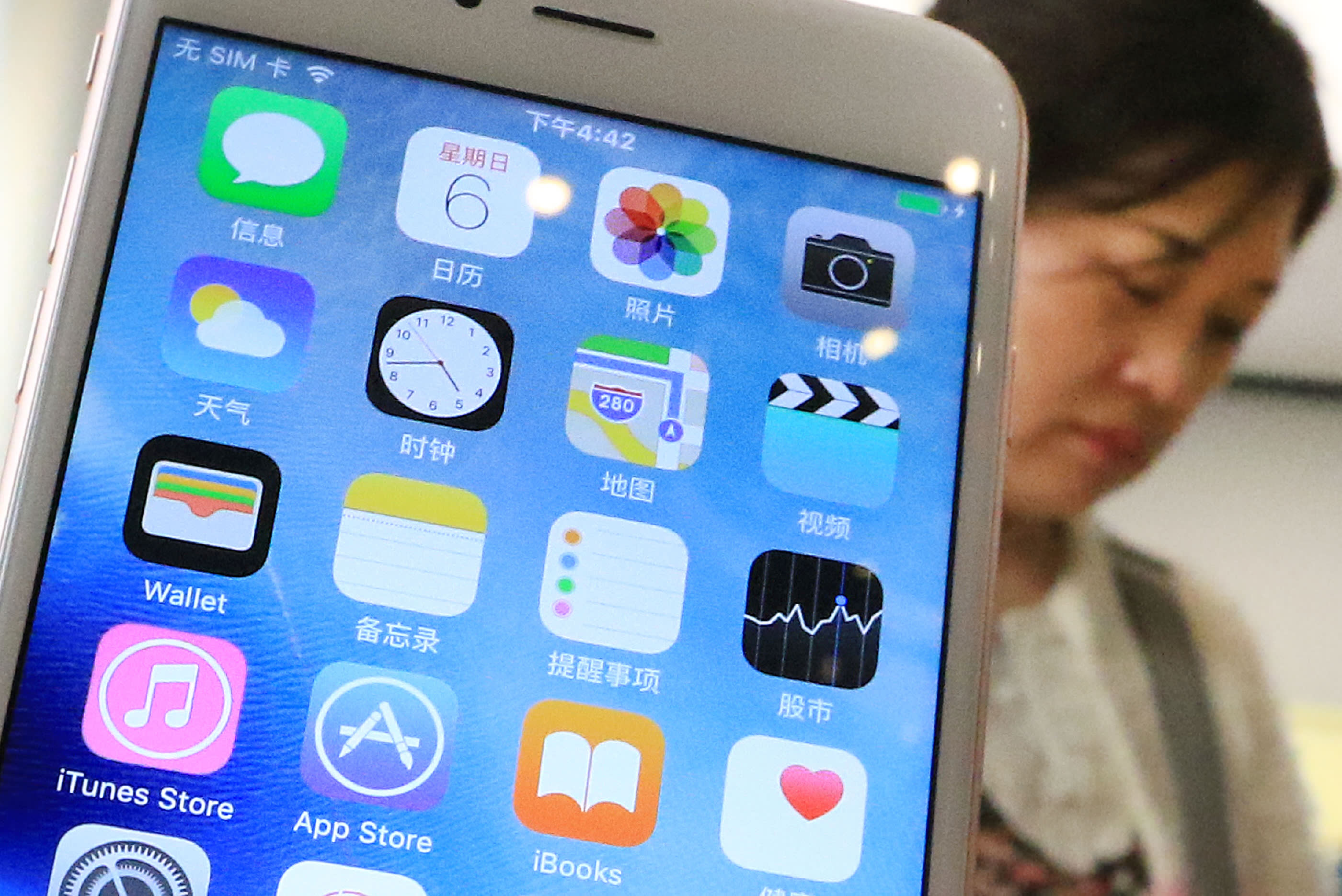 GUANGZHOU/PALO ALTO, U.S. -- Apple's slumping sales in China leave a dark spot on the American computer giant's otherwise bright April-June earnings, prompting a host of efforts to close the growing gap with native companies in the hardware and services fields.

The company's revenue for the quarter climbed 7% above the year-earlier level. Sales of the iPad tablet line rose 15% to 11.42 million units following a recent slump, while sales of the iPhone family edged up 2% to 41.02 million units, even as Apple prepares to release new versions of its flagship smartphone this fall. Profit increased for the second quarter in a row, and income on services including app sales grew a healthy 22% on the year to an all-time quarterly record of $7.3 billion.

"We were very encouraged by the results this quarter," CEO Tim Cook said during the earnings call Tuesday. 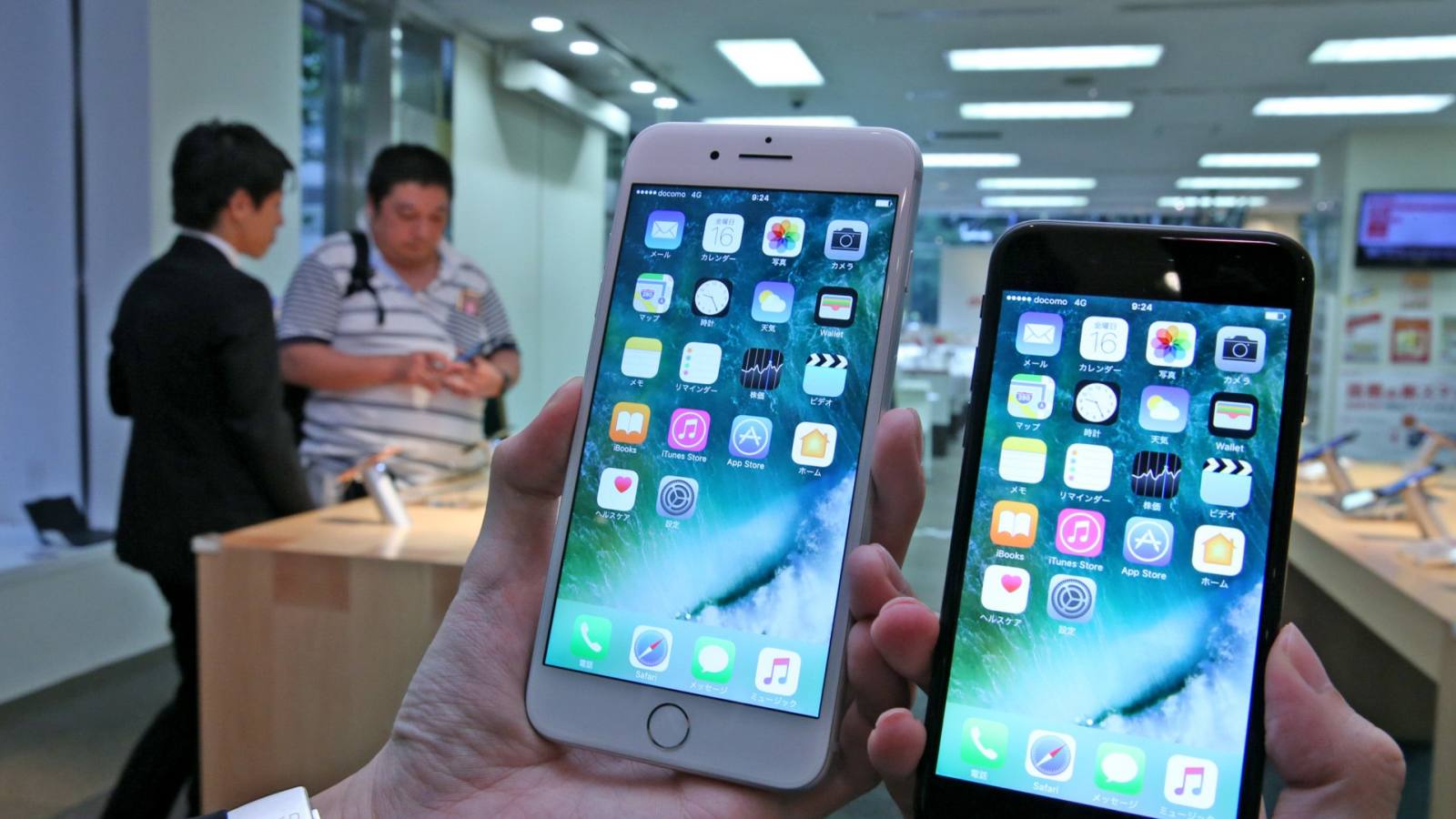 But analysts on the call were more interested in Apple's 10% decline in Chinese sales, which have fallen for six quarters in a row. Though Cook accentuated the positive, saying Apple is "probably at the trough" of earnings in Hong Kong, the company's performance in the China region still is not what it once was.

The iPhone is not winning new users in China as quickly as in other major markets. "China's youth have lost interest in Apple's recent offerings," said the manager of a dealership for a Chinese phone maker. That assessment contrasts markedly with the company's showing in other emerging nations, where sales climbed 18% for the quarter.

Chinese brands held the four largest shares of that country's smartphone market in the April-June quarter, according to British research firm Canalys. Topping the list is Huawei Technologies, whose smartphone shipments in the six months through June jumped 20.6% on the year to 73.01 million units. The manufacturer strengthened its lineup of phones priced around $700 to $1,000, including models incorporating Leica camera modules, in pursuit of a more upscale brand image -- apparently with some success.

Moreover, the American maker is a relative latecomer to China's digital services market, which is controlled by the country's leading information technology firms. Tencent Holdings dominates the payments sector, for example.

Staff on the ground

But the U.S. heavyweight has not stopped fighting. Apple will dispatch Isabel Ge Mahe, vice president of wireless technologies, to Shanghai this summer, where she will serve as the company's first vice president and managing director of Greater China. Mahe has worked previously to introduce China-specific services on Apple hardware.

Apple also announced plans in July to build its first data center in China. Though this move risks weakening privacy protections for Apple's users in the country, it will give the company a strong base from which to extend service offerings while staying on the right side of Chinese authorities.

Overall sales could benefit from a surge of replacement demand when new-model iPhones hit the market in coming months, as around 40% of Apple customers have not replaced their devices in two years or more, an analyst for Guggenheim Securities says. But sluggishness in China, a market that accounts for nearly 20% of Apple's global revenue, continues to pose sizable risks in the long term, lurking beneath bright headline earnings figures.