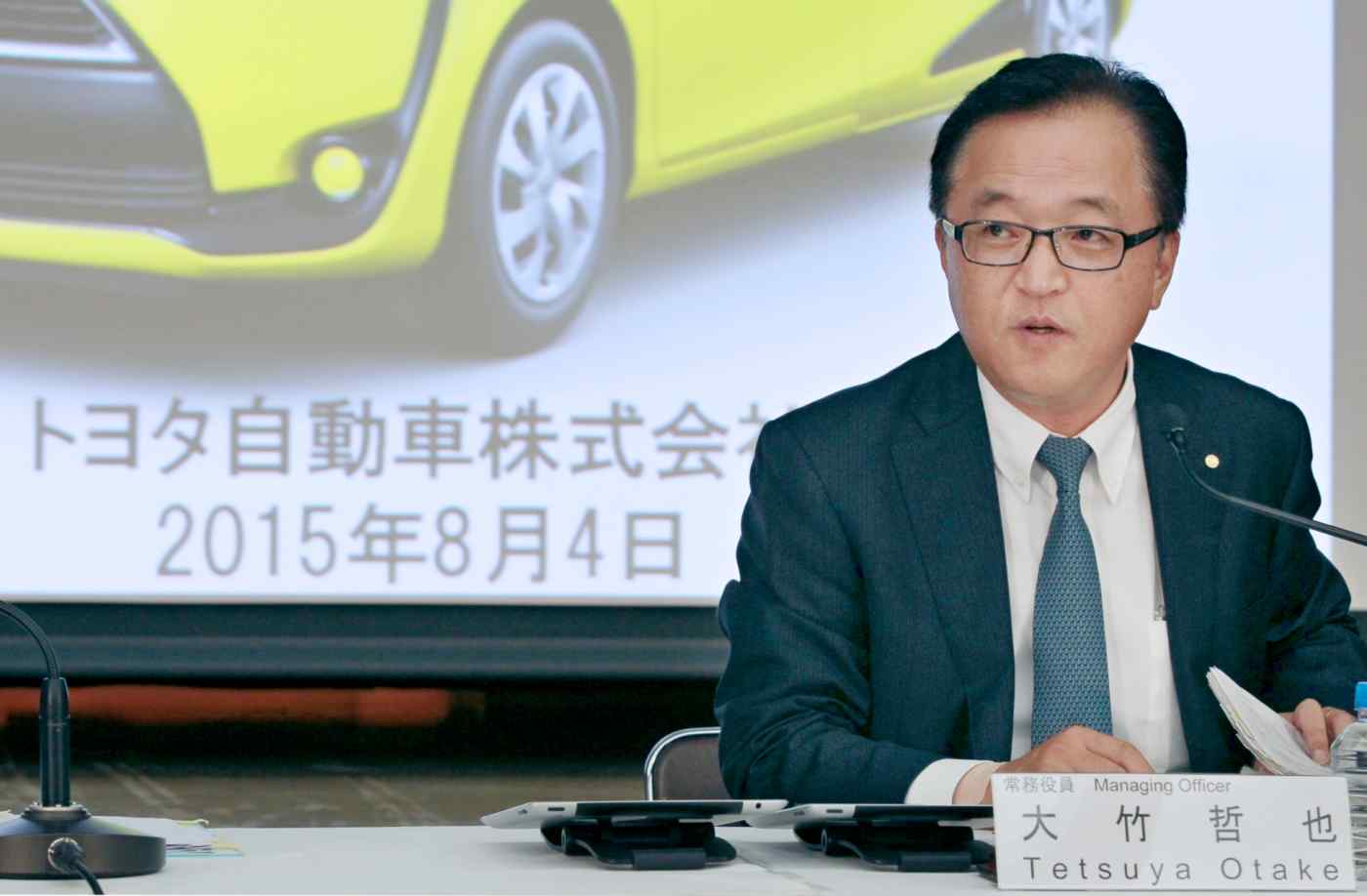 NAGOYA -- Toyota Motor announced Tuesday a record quarterly net profit of 646.3 billion yen ($5.16 billion) for the April-June period, up 10% from a year earlier.

Toyota's global unit sales for the period came to 2,502,000 units, down by 11,000 on the year. The automaker faced uphill battles in such Asian markets as Thailand and Indonesia, as well as in Europe and the Middle East.

But North America, where demand for new vehicles was robust amid cheap gasoline prices, more than made up for the weakness elsewhere.

Demand was strong especially for lucrative products such as the Lexus NX sport utility vehicle, which Toyota exports from Japan, and the Tacoma pickup trucks made locally.

The Japanese currency averaged 121 yen to the dollar for the quarter, reflecting a 19 yen softening from a year prior. This alone added 175 billion yen to profit.

In unit sales, Toyota ceded its crown to German rival Volkswagen in the January-June period, falling to No. 2 for the first time in four years. But Toyota's net profit for the April-June period far surpassed VW's 2.67 billion euros ($2.92 billion), and General Motors' $1.1 billion.

While VW and GM spent big to raise output in China, Toyota has focused on boosting the productivity of existing facilities. The Japanese automaker had frozen construction of new plants until April, when it unveiled plans to build new facilities in Mexico and China.

Despite the stellar performance, Toyota kept its full-year earnings projection unchanged. It expects net profit to climb 4% to 2.25 trillion yen. Uncertainty about emerging markets is a potential risk as the company grows increasingly reliant on North American earnings.

Toyota has taken into account the cost of discount sales in China, where the stock market has plunged. Speaking at the earnings announcement, Managing Officer Tetsuya Otake stressed that the business environment is harsh.

The automaker is investing actively in a new design scheme, applying it first to the new Prius to be rolled out this year. Amid heavy spending on equipment and research and development, a stiffer yen could slam the brakes on further earnings growth.