Asia should avoid being divided by Sino-American rivalry 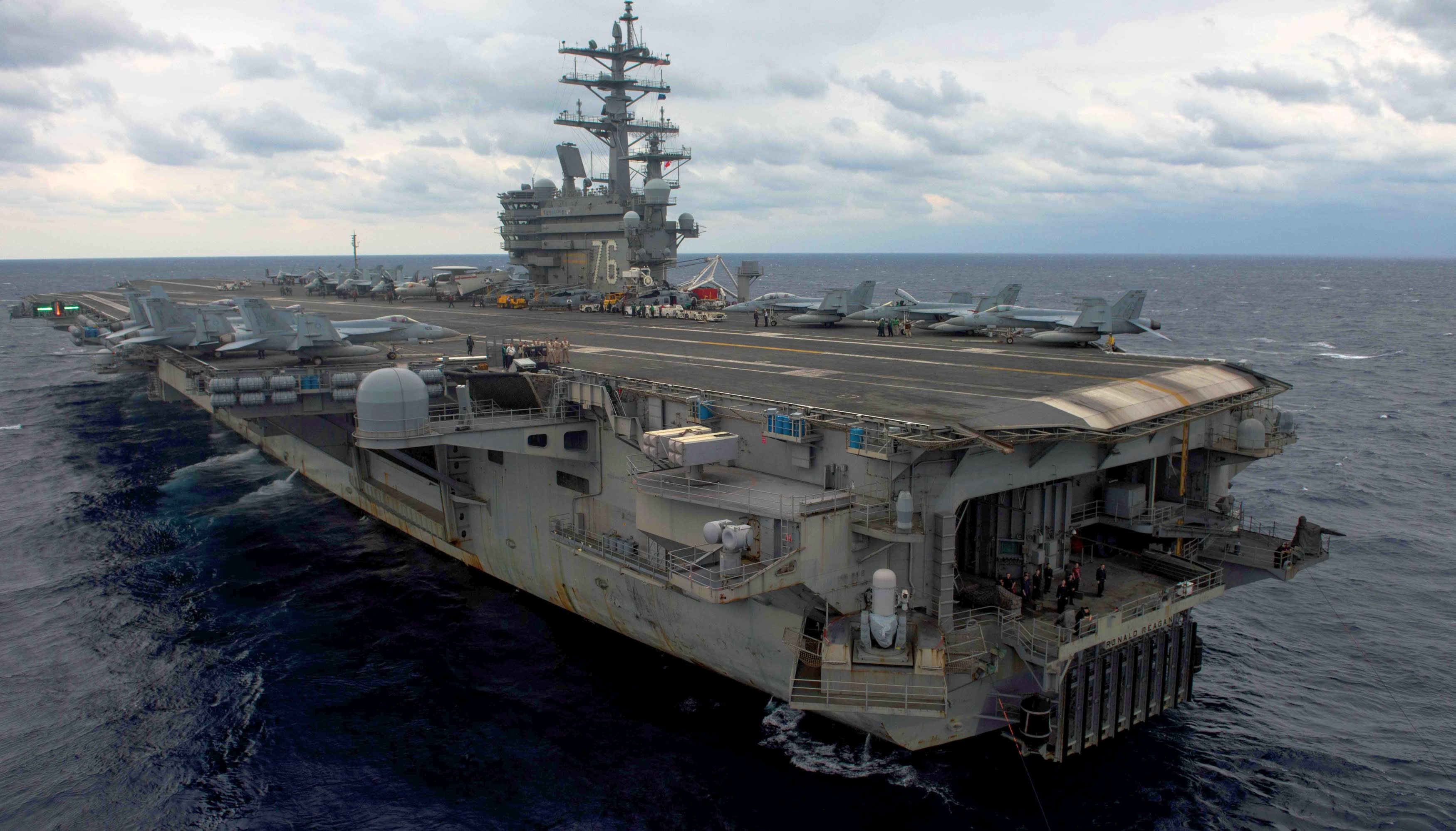 The scheduled visit by the U.S. secretaries of defense and state to India on Sept. 6 highlights Washington's latest attempt to create a strategic Asian alliance strong enough to counter the growing influence of China.

But is the unformulated plan for a "free and open Indo-Pacific" -- promoted by officials from President Donald Trump down -- a realistic way to woo regional support?

Trump gave his public backing to the idea during his trip to East and Southeast Asia last year amid growing concern in America of China's continued defiance of international law by building South China Sea military bases.

In the latest U.S. National Defense Authorization Act recently signed into law, Congress stressed the strategic competition with China, including its increased military activity in the South China Sea, was a priority issue.

But if U.S. influence is to prevail, Washington may need to think about designing a new vision for Asia. The current one of a Western rules-based international order interlinked with democratic values was born out of the U.S.-led Allied victory in World War II.

However, unlike Europe and the U.S., Asia has no basket of shared values and no single overarching system of government. Even its large democracies of India and Japan operate very differently and, unlike their Western counterparts, have little interest in projecting their government systems outside their borders. Elsewhere, Asia is home to varying degrees of authoritarianism, for example in Cambodia, Myanmar, Thailand and Pakistan. The dominant power, China, is a one-party state.

Any shared political model that reflected Asian values would be less inclined toward democracy and lean more to the Chinese or Singaporean versions of authoritarian rule.

A smarter way for Asia to move forward, therefore, would be to avoid ideological conflict, accept the region's realities, set aside or solve sovereignty disputes and focus on the hard-nosed issues of economic development for which the region has a good track record.

A new approach is necessary because previous attempts to forge a common Western-led Asian strategic structure have had little success.

In the 1950s as the Cold War gathered pace, the U.S. initiated a defense alliance in Asia similar to the North Atlantic Treaty Organization in Europe. The Southeast Asia Treaty Organization was created in 1954, but its key members were the U.S., Australia and New Zealand and the distant European powers of Britain and France. The Philippines and Thailand were the only members from Southeast Asia.

SEATO failed and was dissolved in 1977. More than 40 years later, Asia still has no multilateral military institutions. Pro-West countries manage their defense through bilateral arrangements with the U.S.

Now Washington is trying again to create an alliance with Australia, India and Japan, known as the Quad. But the Quad remains predominantly a Western concept and has yet to take on any formal structure, indicating that it does not have much support in Asia.

Crucial to the Quad's success is India. But, here again, previous attempts to pull Delhi into a pro-Western fold have had a difficult history. During the short 1962 Sino-Indian war, the U.S. gave Delhi emergency support, sending advisers and weapons. But the prospects of a shoulder-to-shoulder alliance collapsed in 1971, when India backed East Pakistan's war of independence that gave birth to Bangladesh. Washington supported Islamabad, prompting Delhi to sign a defense agreement with Moscow that still endures today. It is difficult to see how a U.S.-India defense partnership can work at the level that Washington wants. Only after the Sept. 11 attacks in 2001 did the U.S. attempt to bring India back inside the Western-led democratic tent. Long-standing Indian skepticism about America's reliability as an ally has only deepened with the Trump administration.

Meanwhile, China continues to boost its economic leverage in India economy and Russia remains a crucial military supplier. Prime Minister Narendra Modi has been improving ties with both governments.

For many Asians, the concept of a "free and open Indo-Pacific" has too many haunting similarities to divisive policies that were tried in the 20th century and resulted in a series of regional wars in Vietnam and elsewhere.

"We do not want to end up with rival blocs forming or countries having to take one side or another," warned Singaporean Prime Minister Lee Hsien Loong at a summit between the Association of Southeast Asian Nations and Australia in Sydney this year.

The central question Asian governments are now asking themselves is whether a long-term unwavering adherence to the U.S. security umbrella is practical and necessary or has Asia reached such a level of development and shared purpose that it can remain secure without American help? If so, how exactly would regional defense cooperation work? How would the big beasts of Asia -- China, India, Japan -- work together and what role would the U.S. play?

These are far-reaching questions that go far beyond the Trump presidency.

The answers would also require substantive shifts of thinking both in Washington and Beijing away from confrontation and toward cooperation.

China and the U.S. would have to act not as threatening hegemons but as partners. They would have to put aside what are now seen as core national interests and come to an understanding on Asia's broad security needs.

Lessons could, for example, be taken from nuclear arms control agreements between Moscow and Washington that kept the peace in Europe during the Cold War, despite the intense ideological rivalry.

If the U.S. wants to maintain influence without confrontation and avoid ideological combat with China, it needs to show a better understanding of Asia's varying political complexion.

And if China intends to become an architect of a reformed world order, it needs to make Asia feel safe with a restrained approach not only toward neighboring countries but also its own people. The mass oppression occurring in predominantly Muslim Xinjiang does not bode well nor does assaulting Vietnamese and Filipino fishermen in the South China Sea.

The rest of Asia also has a crucial role to play. By being divided and weak during the Cold War, Asia suffered brutally hot wars from Pakistan to Korea. A continuing lack of regional cohesion has prevented Asia from blocking China's maritime militarization which has fueled the current tension with the U.S.

The region today is incomparably richer than it was a half century ago and more filled with ideas. It should also be confident.

The future of the Indo-Pacific should be Asian-led. Asian governments now have an opportunity to bury their differences as Europe did after 1945 and draw up a new statement of shared ambition, based on the interests of Asia's many states and not on terms laid down by competing superpowers.

But that cannot happen without cooperative new thinking in both the U.S. and China.

Humphrey Hawksley is a former BBC Asia Correspondent. His latest book, "Asian Waters: The Struggle Over the South China Sea and the Strategy of Chinese Expansion" is published by Duckworth-Overlook.