A silver lining to Europe's imperfect deal with China?

Brussels must develop a more active approach to dealings with Asia 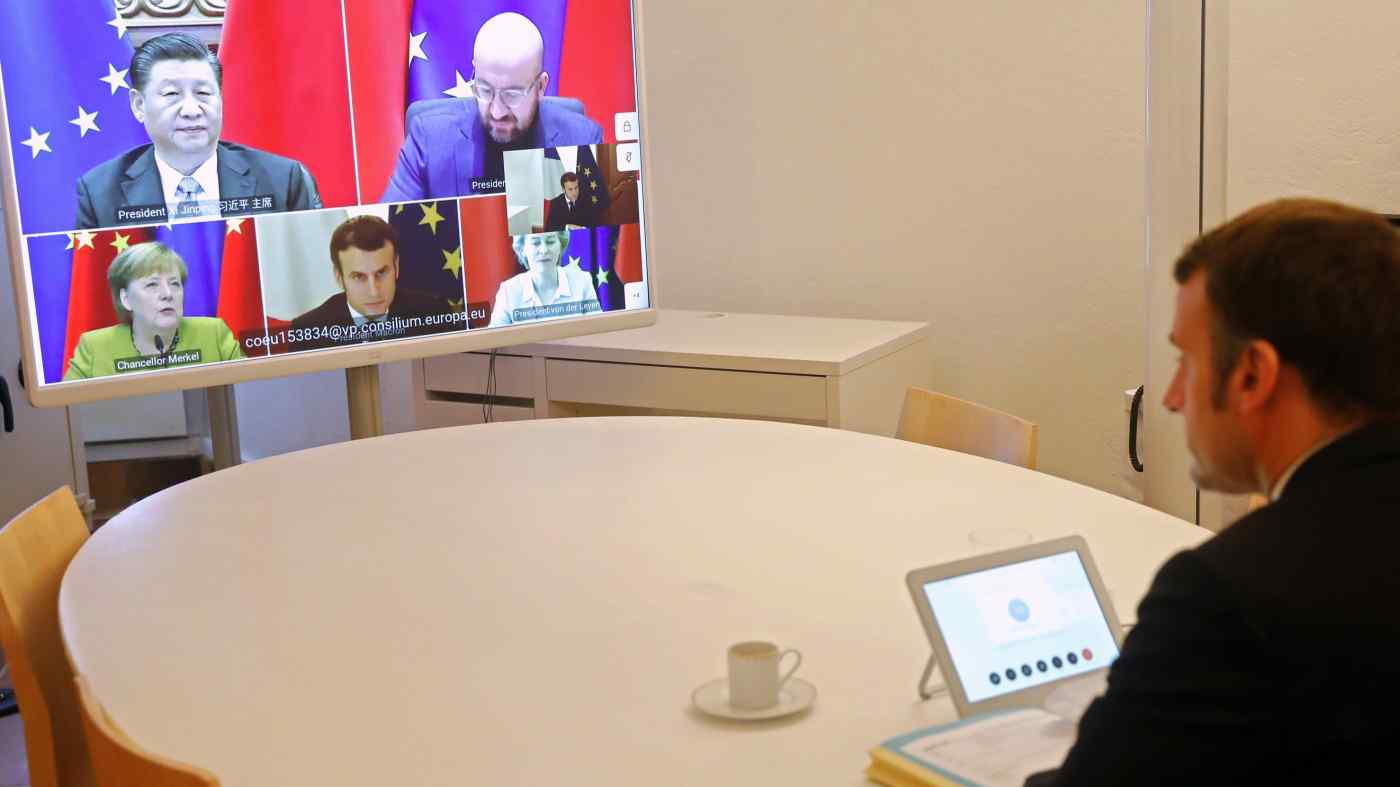 Emmanuel Macron attends an EU-China video conference along with Xi Jinping, Angela Merkel and others on Dec. 30: there is an air of unreality about the agreement.   © AP
CopyCopied

The European Union's recent investment agreement with China was at best one-sided. The deal handed Beijing a public relations coup. In return, the EU got terms that are hardly transformative for European businesses in China, let alone for the Chinese economic model.

The deal's agreement in December brought criticism not just from Washington, but also from those in Europe who think the EU should take a tougher approach toward China. Yet there may be a silver lining -- if that criticism prompts the EU to push forward with a badly-needed and more active approach to dealings with Asia in general.

Seven years in the making, the Comprehensive Agreement on Investment aimed to remove restrictions on EU companies investing in China, from ownership limits to mandatory joint ventures -- and perhaps even create a much-vaunted "level playing field" between both markets. Although hailed by both Brussels and Beijing, the result fell a good way short of that goal. From Europe's point of view it extracted neither major economic concessions nor much in the way of binding commitments in sensitive areas like human rights and labor standards.

So why the hurry to sign? The deal was a pet project of Germany's Angela Merkel, as she prepares to leave office this year. Merkel has never entirely signed up to growing skepticism of China's global role. Like many in Germany, she also remains sufficiently bruised by the Trump presidency to want to hedge Germany and Europe's bets with Beijing. Germany had pledged to seal the deal prior to ending its COVID-battered 6-month presidency of the EU Council too.

Even so there is an air of unreality about the agreement. For starters, it undermines EU attempts to rebuild links with Washington. The U.S. was furious. President-elect Joe Biden's incoming national security adviser Jake Sullivan tweeted in late December that he would "welcome early consultations with our European partners" -- clear diplomatic code begging Brussels to hold off. 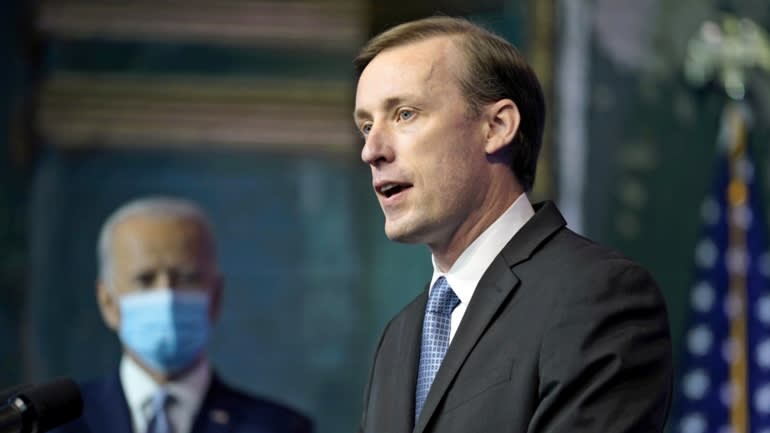 The EU's enthusiasm seems to deny the direction of recent Chinese policy, which under President Xi Jinping has become more state-directed economically and repressive politically. It undermined its own efforts to take a strategic approach to China too. Back in 2019, the EU dubbed China a "systemic rival." Its leaders now often talk about "open strategic autonomy" -- another code phrase that means in part becoming less reliant on Chinese manufacturing and investment.

That goal of strategic autonomy is sensible, but it is also fundamentally defensive, for instance via new rules protecting European technological assets or diversifying vulnerable supply chains. At the same time, the EU has struggled to develop a coherent plan to extend its influence into Asia.

This is partly a function of its internal makeup, as a distant supranational body with scant military capabilities. But it has also reflected the struggle to create what the European Council on Foreign Relations think tank dubs a "geopolitical Europe," meaning a bloc willing to combine its traditional trade and other policies with hardheaded realpolitik objectives.

This is where its opportunity now lies. The EU has said that it will begin work this year on a new strategy for the Indo-Pacific region, following similar documents by France and Germany. Getting this right will require a major geopolitical shift in the way the EU conceives of its role in the region.

For starters it would mean ensuring China actually delivers what it promised in the recent investment pact, most obviously signing up to global conventions banning forced labor. But there are other opportunities. Trade is the most obvious, especially if the EU were to think imaginatively about how it could strike a next-generation deal with the 11 Asian nations making up the Comprehensive and Progressive Agreement for Trans-Pacific Partnership -- while potentially tempting Biden's new U.S. administration to enter discussions too.

Standards setting is another priority. The EU's ability to set global standards in areas like data privacy -- a power author Anu Bradford dubs the "Brussels effect" -- has tended to be little more than an accidental afterthought to its internal policies. But there is no reason why the EU could not use its economic clout to work with nations in Asia to define a whole range of new rules and standards in areas from climate tech to AI. Infrastructure and connectivity is a third area, were the EU to bring together its roles as a global technology and manufacturing power with its heft in areas like development assistance.

All of this would require far more geopolitical engagement with Asian nations, from Japan and South Korea to India, as well as with the U.S. But Biden's arrival and Merkel's retirement opens up political space that could make a more comprehensive and assertive Asia policy possible. This would also help to balance out areas where the bloc does need to cooperate with China, making deals like its recent investment pact look less one-sided.

Speaking about the EU's ties with China, French President Emmanuel Macron promised back in 2019 that "the time of European naivete is over." Judged by recent events that pledge remains a work in progress. Over the next year, Brussels at least has a chance to begin to put things right.