AUKUS and the dawn of realpolitik minilateralism in the Indo-Pacific Joe Biden delivers remarks about a national security initiative joined virtually by Scott Morrison and Boris Johnson on Sept. 15: AUKUS is not the brainchild of a Cold War mentality.   © AP
CopyCopied

Alessio Patalano is professor of war and strategy in East Asia at King's College London and senior fellow at Policy Exchange.

The announcement of the AUKUS defense and security pact, including Australia, the U.K. and the U.S., is a once-in-a-generation moment in international affairs.

Realpolitik diplomacy in the Indo-Pacific to counter state-on-state competition has replaced stabilization operations in the Middle East and Central Asia as the main focus of Anglo-American security practice. Crucially, the pact reminds us of the three reasons why this region is the fulcrum of such a decisive shift of focus in action and priorities.

AUKUS is a statement about a shared worldview. It stemmed from Canberra's genuine concerns over regional stability, which found receptive audiences in London and Washington and built upon a common belief that Indo-Pacific prosperity depends upon its societies and economies remaining open, and growing more connected on the basis of respect of the rule of law and civil liberties.

Indeed, in June 2021, the U.K. and the U.S. specifically renewed their commitment to an international order based on such ideals with the New Atlantic Charter. The charter was not an attempt to protect a failing American order from Chinese ascent; rather, it renewed the appeal of the values underwriting its transformation.

This is why both countries took very seriously Australia's concerns over a politically revisionist China. Economic coercion, military and constabulary assertiveness in the East and South China Seas, as much as interference in domestic politics fundamentally changed the Australian government's mandate on national security.

The Australian public does not desire war with China, but it does consider Beijing's predatory behavior as increasingly unrestrained and damaging to a prosperous and stable region. Canberra's determination to pursue nuclear legs for its submarines to increase operational flexibility and enhance their mission spectrum would not exist without such a changed perception.

This leads to the second point about AUKUS's broader strategic significance. The pact is not a NATO-styled alliance to contain China. It has no Article V-like provision or automatic collective defense mechanism. It is not the brainchild of a Cold War mentality, contrary to Global Times claims.

Minilateral formations like AUKUS, much as the Quadrilateral Security Dialogue, or Quad, are issue-led forums for action. They are the realpolitik answer to the security questions of like-minded state actors operating under the shadow of major power competition.

AUKUS does not suggest that a binary mentality informs its signatories. On the contrary, it rewards a form of diplomacy that is nimble and adaptive, inclusive in thinking about frameworks and specific in pursuing agendas.

Specifically, AUKUS addresses the geopolitical centrality of maritime security to Indo-Pacific stability. The region's highways of physical and digital connectivity as much as military maneuver and power projection do not rest on tarmac and antennas. They rely on salty water and undersea cables. 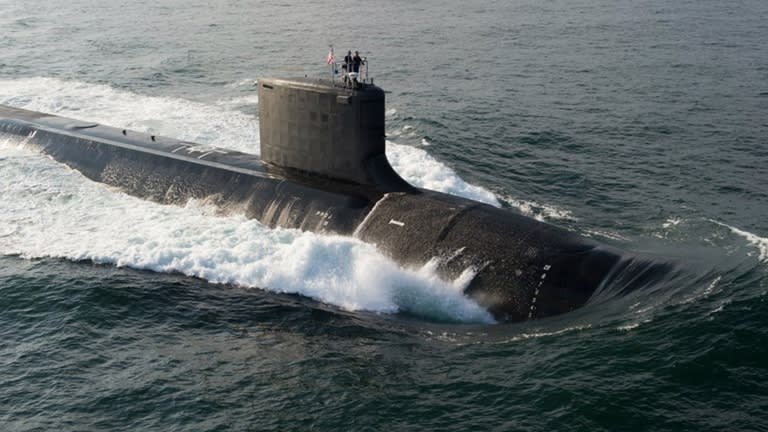 They represent also a down payment on the capacity to integrate future capabilities derived by autonomous and automated vehicles and artificial intelligence, and plant the seeds for Australia's contribution to the Indo-Pacific long-term conventional maritime balance, not to risk weakening the nuclear order.

This point highlights the third reason for AUKUS's importance. The pact is a window into what the recent U.K. integrated review defined as the country's convening power. AUKUS is the first significant proof of Britain's ability to convene partners and favor action on the critical geopolitical questions of today.

When the Australian navy chief approached his British counterpart, the U.K. government mobilized its resources to favor the negotiation on the sidelines of the Group of Seven summit in Cornwall. More importantly, British Prime Minister Boris Johnson insisted on casting this collaboration over submarines as a first step into more long-term cooperation over science and technology for the purpose of defense.

AUKUS has not been without critics, and the longer-term impact of French outrage over the abrupt end of its contract with Canberra will require careful political attention. Political trust between France and the AUKUS nations has been eroded and the journey to rebuild it should be a priority.

France is an Indo-Pacific resident power and a like-minded partner; the success of realpolitik minilaterals will also depend on how partners like France, Japan and India relate to them. This is why it was important for Prime Minister Johnson to stress, in the aftermath of reactions in Paris, that the pact is not an exclusive affair, keeping the door open to mending ties.

Commentators have argued that AUKUS is a displacement activity that fails to recognize the weakened nature of western democracies. Nothing could be further from the truth. The priorities of global security have changed. AUKUS reflects a realization that there is no prosperity without security in a world in which the former is a function of the latter for revisionist regimes to survive.

It highlights how, at a time of renewed geopolitical competition among states, minilaterlism leveraging hard capabilities to ensure international stability will be crucial to the security architecture. It showcases how medium global powers like the U.K. -- as much as Australia, France, or Japan -- will have renewed opportunity to play a role by convening concerted action.

Above all, AUKUS confirms that the expanses of the Indo-Pacific are where the future of international politics is being shaped and why everybody else should pay attention to them.