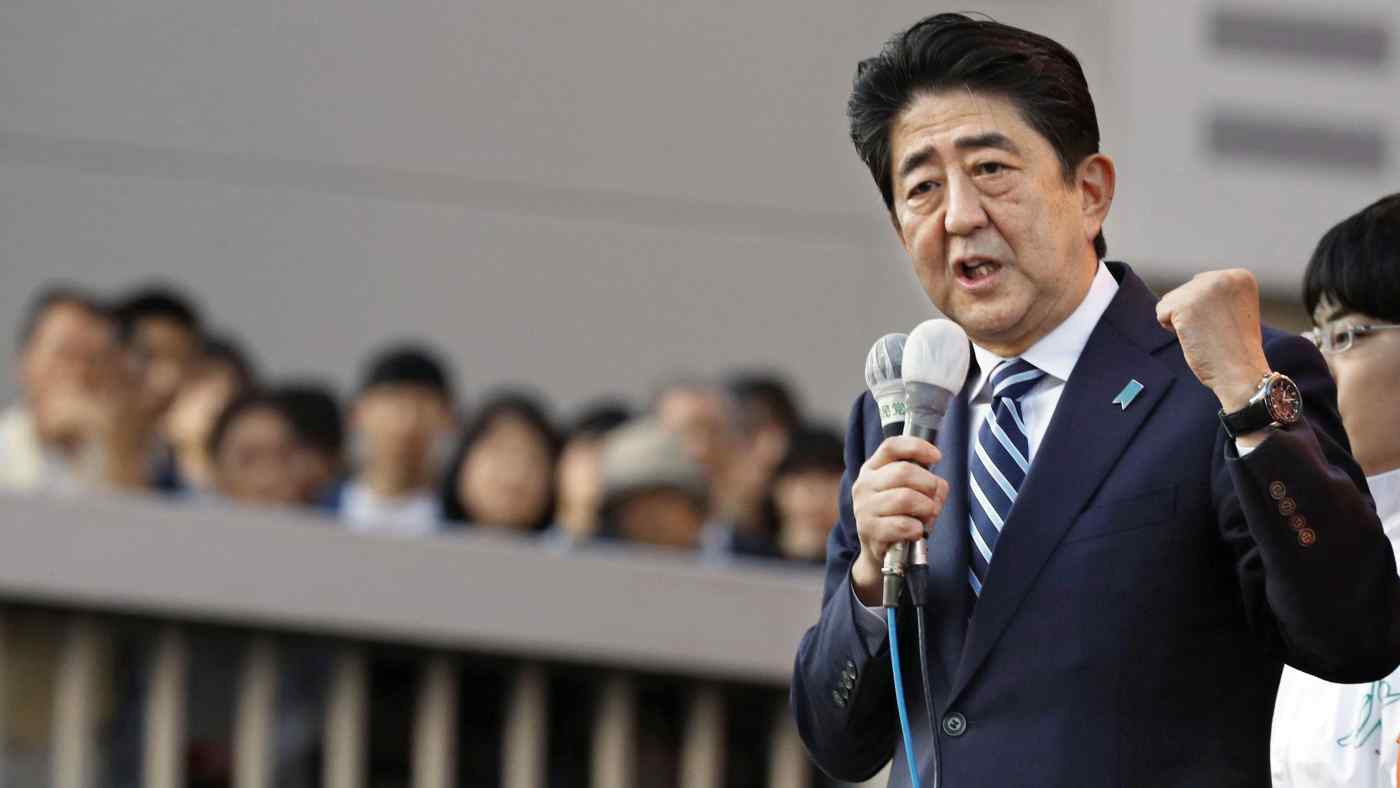 Donald Trump's embattled presidency can revel in at least one piece of good news: He is no longer the most unpopular leader among Group of Seven peers. That dubious honor falls to Japan's Shinzo Abe, whose domestic numbers are deep in the 30-40% range.

Prime Minister Abe's standing has plummeted as a year-long cronyism scandal reemerges, raising fresh questions about his political survival. The dust-up over the sale of public land at a deep discount to a school company with ties to Abe's wife has investors questioning something bigger: Can Abenomics endure?