A common thread across advanced economies, from Germany to Japan to the United States, is for their populations to grow rich in parallel with growing old. With more wealth to cushion themselves, couples opt to have fewer children. Benefiting from better health care, people live longer. Emerging market Asia is largely following this trend. As the region has made great strides in reducing poverty levels and seen a burgeoning middle class, it is also rapidly graying.

Emerging Asian economies include seven of the ten countries with the largest elderly (65 years and older) populations: China (first), India (second), Indonesia (fourth), Bangladesh (seventh), Pakistan (eighth), Vietnam (ninth), and Thailand (tenth). Median ages are rising across the region due to falling fertility rates and improved health care. As in advanced economies, the disease profile has shifted, with non-communicable diseases such as diabetes and dementia which require long-term treatment and care eclipsing communicable diseases.

But in one respect, emerging Asia differs from advanced economies. While life expectancy levels are fast approaching those seen in Western nations, per-capita GDP levels are not -- they remain much lower. As a result, Asian countries will struggle to meet the rise in demand for elderly care.

There are some common characteristics in their markets. None has a long-term care insurance market for elderly care, meaning expenses are borne by individuals and families. There is a severe region-wide shortage of qualified professionals, often made worse by these people emigrating to advanced economies where their skills are in high demand -- and will be better compensated. The Philippines is a good example. Finally, there is a general cultural preference for home and community-based elderly care, often provided by informal caregivers, instead of institutional care.

But there are important historical and demographic differences too and so policy prescriptions and market solutions will vary from country to country. In China, the government has already adopted detailed national policy directives. China has had more time to prepare for this challenge, having aged faster than its neighbors, due partly to a one-child policy it strictly enforced for three decades before ending it in 2015. It is not uncommon to find a young Chinese couple charged with the care of not one, not two, but four sets of grandparents.

China's approach is guided by the so-called 90:7:3 formula, according to which the goal is for 90 percent of elderly care to be provided at home, 7 percent in community centers, and 3 percent in institutions. China's decision to make home care the bedrock of its strategy, underpinning it with community and institutional care, is sound and aligns with prevailing international practice.

That said, China's demographics make implementing the formula a tall order. By 2020 China will have 173 million residents aged 65 years or more. Growing numbers will be cared for by children who are themselves past retirement age.

The government has responded by inviting more private investment, including foreign investment, which mainly provides institutional care. Some publicly-owned elderly care facilities outsource the management to private providers and some of these players are partnering with companies from France, Japan, and the United States. The government advocates a "mixed model," with for-profit private operators best placed to serve the middle and upper-income segments, while retaining for itself responsibility for the most economically vulnerable.

In Southeast Asia, while aging is occurring across the board, the rate differs between countries, with Indonesia and Vietnam notably aging faster than the Philippines. Cultural expectations that elderly care be provided at home or by the community are more pronounced than in China. But urbanization and migration are changing attitudes, especially in cities.

In such markets, in-home professional care can be a good interim option, although the lack of skilled caregivers is a bottleneck. One interesting welcome development is the rise of so-called senior-care tourism in the Philippines and Thailand, where institutions for the elderly have been set up catering to foreign customers, notably from China, Korea, and Japan.

In India, home to 90 million elderly people, only 3 percent of the government budget was spent on overall health care in 2015, according to World Health Organization figures. By comparison, 16 percent of the Thailand government budget went on health care the same year. As a result, elderly care is largely left up to the families. Like the rest of the region, almost no one has long-term care insurance. On top of that, more than 50 percent of health care spending in India is out-of-pocket, making it a challenging environment for private providers to develop sustainable business models.

At the International Finance Corporation, the World Bank Group institution that invests in the private sector in emerging markets, we are studying elderly care. Whatever policy solutions and business models are advanced, for them to work, public and private players must coordinate.

In a welcome development, most likely we will see private players -- real estate developers, insurance companies, and senior care providers -- developing models targeted more toward the middle and upper income segments, with the poorest relying more on family and government assistance. There can be a useful role for the private sector in the low-income segment too, through innovative public-private partnerships.

It took 115 years for the share of the population 65 years or older to double in France. In the United States, this process took 72 years. In China, when this happens around 2026, the milestone will have been reach in just 25 years. As Asia grows old before it gets rich, there is a pressing need to find smart policy solutions and sustainable business models for elderly care. 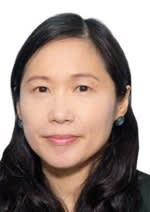