Airbnb can teach Asia's startups the power of being liked 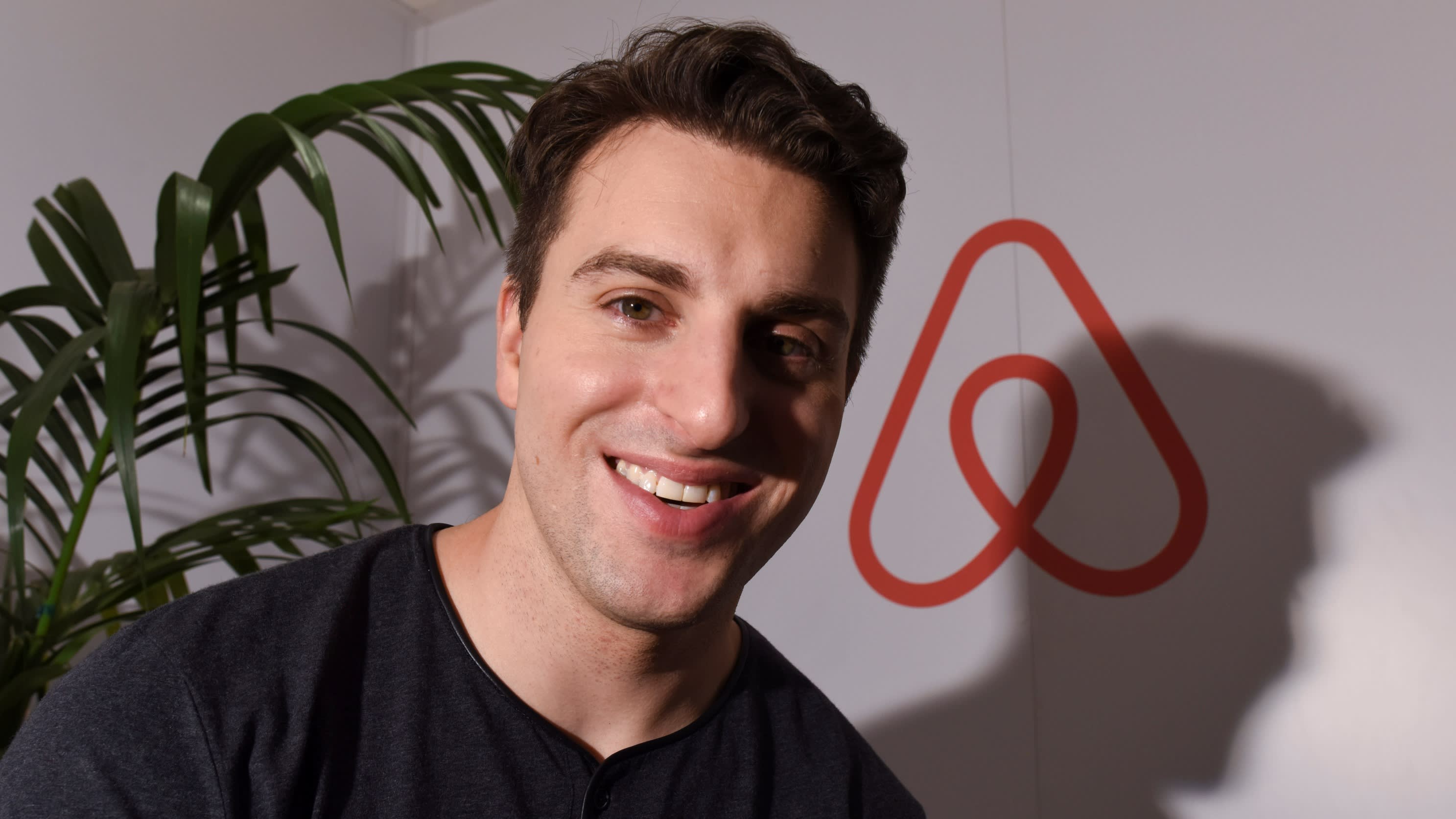 Airbnb's CEO Brian Chesky, pictured in November 2016: his pay is average compared to other startups, grossing only $110,000 a year.   © Reuters
CopyCopied

When Airbnb lists on New York's Nasdaq on Friday, it is expected to raise $2.75 billion and achieve a valuation of about $35 billion, placing it among the biggest initial public offerings of the year.

The timing is curious: COVID-19 is killing travel, and the hospitality industry has been hit hard by layoffs. Still, Airbnb had crawled back with profitability by the third quarter. This resilience says as much about its shrewd strategy as its likability. People who focus on innovation sometimes forget about likability. What was supposed to be the world's largest stock listing by Ant Group last month was foiled 48 hours before launch because of "major issues" cited by Chinese authorities.

No one would dispute that Ant has brought financial innovation to China. But Jack Ma's cavalier attitude toward regulators was a curious one. He reportedly said at a conference earlier this year that Chinese banks are akin to "pawnshops" and criticized existing regulatory frameworks. Now we know who gets to make the final call.

As tech companies fight to grow, governments everywhere feel compelled to intervene in the operations of prominent companies. Grab in Singapore will need to navigate its own regulatory issue as it closes its acquisition on Indonesia's Gojek. Google is facing allegations in India for monopolizing digital payments. What Airbnb shows us is a counter-narrative: how a company can build up goodwill starting from home.

Firstly, pay CEOs last. Credit to PayPal founder Peter Thiel here who saw the CEO salary as a cap for everyone else's. He warned against setting it high because companies "end up burning a whole lot more money." At Airbnb, CEO Brian Chesky's pay is average compared to other startups, grossing only $110,000 a year.

But this is extraordinarily low compared to CEO salaries at other tech companies that have successfully gone public this year. At the 40 companies to list in the U.S. in 2020, the average CEO salary equates to around $422,000 a year. Obviously, the way you compensate yourself will have an impact when cost reduction is required. You cannot demand that others trim while you stay fat. Here, Chesky can justify some deep cuts.

Secondly, build goodwill during downtime. Since the pandemic hit in May, Airbnb has been slashing costs, laying off 1,900 employees, or 25% of its workforce. Yet the company also provided these workers with health care coverage for the next 12 months, and stock options can be sold back with none of the previous restrictions or lockup period. Meanwhile, the company's founders suspended their salaries for the next six months, and top executives voluntarily accepted a 50% pay cut.

As Airbnb grew leaner, its operating profit in the third quarter surged back to $500 million. Critically, this cost-slashing also suspended marketing expenses, breaking Google's stranglehold. Airbnb is now the first player in the entire travel industry to create meaningful traffic volume through its own website. 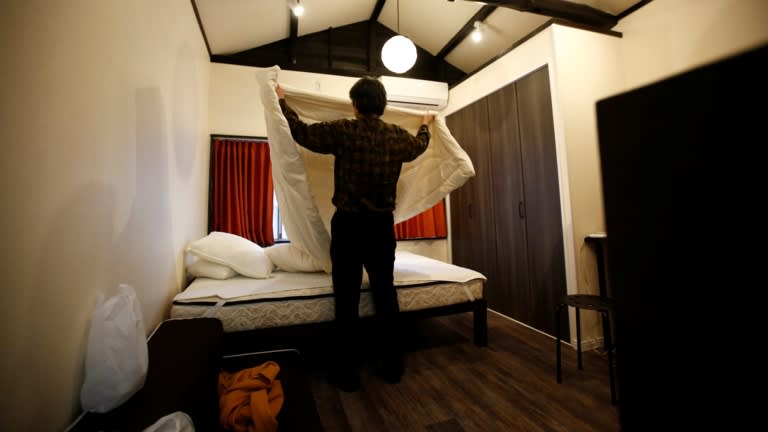 A manager arranges a bed after guests checked out at an apartment which is used as Airbnb service in Tokyo: As Airbnb grew leaner, its operating profit surged back.   © Reuters

Thirdly, do not chase growth at all costs. In the online travel industry, the simple path to growth is through Google ads. Expedia and Booking.com are two of the largest spenders when it comes to paid ads. But paying Google for growth is a little like smoking opium -- you immediately feel good, but it does nothing to alter reality. It is a shortcut most people know they should not take.

Airbnb has used the crisis to pivot its marketing strategy. It saved $800 million by pausing this year's ad spend. Suddenly, managers could no longer rely on paid ads. Instead, they had to build their brand through unpaid channels. Forced to use email, adjust the Airbnb app, tweak the website, and leverage Instagram posts and media coverage, the hard work has paid off. Sure, bookings dropped at first. But managers changed the way they worked, exactly the shift Chesky had in mind. "We will become a brand that generates direct traffic," he wrote in a company-wide email.

Lastly, here is the thing about being too successful: You will be accused of becoming a monopoly. After it took Airbnb only six years to amass over 800,000 accommodation listings in 190 countries -- that is more than Marriott International, Hilton Worldwide, and Hyatt Hotels combined -- the company could have easily run afoul of local authorities. So it is smart that Chesky decided to use this difficult time to help customers out, allowing users to cancel some reservations without penalty because of COVID. It also set aside a $250 million reserve to provide financial support to hosts around the world.

Airbnb also showers the company's host community with profit-sharing benefits. It has created a new "host endowment" and allotted 9.2 million shares to fund it. The endowment may fund grants for educational workshops or annual payouts to groups of hosts. All these are meant to generate goodwill when the reputation of Big Tech has hit an all-time low.

What Chesky appears to understand best is that likability confers protection, and helps it all the way to raising the financial capital it needs. If you have invested in Grab or Facebook in the past, why would not you give Airbnb a chance?