A live-streaming anchor promotes baby diapers on the eve of Singles Day: Alibaba has found a way to directly talk to its shoppers.   © Reuters
CopyCopied

On November 11, I had my biggest annual moment of FOMO -- fear of missing out -- and I knew the whole of China was feeling the same.

Singles Day, which started in 1993 as a celebration for those not in relationships, has turned into an online shopping extravaganza orchestrated by Alibaba, the world's largest e-commerce company by gross merchandise value.

Every year on November 10, just before midnight, hundreds of millions of Chinese people of all ages and classes ensure their online shopping carts are full, then impatiently wait for the clock to tick over so that massive discounts can take effect.

This past Monday, people bought 268.4 billion yuan ($38.4 billion) of goods through Alibaba, a quarter up from 2018. This makes it the biggest online sales event in history.

Amazon, whose Prime Day aims to ape Singles Day and took in around $7 billion this year -- barely half of Alibaba's transactions within the first hour -- has a lot to learn.

Part of the explanation for the difference is sheer magnitude: the Chinese market is five times as large as its American counterpart by population, though Americans are much richer. Alibaba also has five more years of experience managing an online shopping festival, since Prime Day only came along in 2015.

But there is more to account for the drastic comparison. While Chinese Premier Li Keqiang's recognition of the e-commerce industry's success and the prevailing consumer culture laid the groundwork, Alibaba has fully utilized innovative technological products to make its marketing messages ubiquitous and create a stronger-than-ever atmosphere of FOMO.

On top of standard attractions such as coupons and lightning deals, where a limited number of discounted products are suddenly put on sale to ignite excitement, every year Alibaba introduces a new way to "gamify" its discounts.

This year, this was a virtual building blocks game, which rewards participants according to the number of their friends who agree to open a link and make a virtual contribution -- a tap on the phone screen to build an extra level. Participants were also grouped into teams of five and competed with others to win greater promotions.

While such gimmicks have always been criticized by a small number of consumers as annoying and a waste of time, year after year most shoppers zealously play the games and spam their social media with links and begging. The sense of participation soon spreads and even those who are not paying attention become interested in at least taking a look at the catalog.

In addition, Alibaba has found a way to directly talk to its shoppers. The stars of this year's Singles Day were the livestreaming bloggers who turned their personal influence into solid sales numbers.

The top two live-streamers on Alibaba's e-commerce site Taobao -- Viya, Doyenne of Taobao, and the Lipstick King Austin Li -- had a combined viewership of 80 million just in the first three hours of Singles Day.

These live-streamers, talking to the phone camera as if video-calling with you, have an almost magical ability to persuade viewers to clear the stocks of whatever product they are promoting within seconds. For the audience, there is always a feeling of anxiety about missing a steal, even though they do not even need the product in the first place.

In fact, Amazon released its equivalent, Amazon Live, in March, but it remains largely unknown to the public. This July during Prime Day, I encountered it on Amazon's homepage. Yet with two well-dressed presenters standing in front of the camera and talking about the products spinning on a glass display turntable, it looked closer to its TV-shopping predecessor than 21st-century mobile livestreaming.

As a result of all of this, the feeling that everyone in your circle is celebrating the festival together -- a break from reality to indulge in consumerism and unjustified spending -- makes people more willing to share the bargains they find.

This Singles Day, every Chinese friend I had, even those who, like me, lived in the U.S., was eagerly talking about what they wanted to buy.

But during Prime Day I was sitting at my desk alone, looking up lists of deals on the internet because my friends weren't as enthusiastic as I was.

There is no doubt that, heading to its sixth year of Prime Day, Amazon has managed to invent its own shopping festival, but it still has a long way to catch up with the craze created by Alibaba.

This year's Singles Day success has shed light on a possible path for Amazon: designing mobile-first marketing strategies that aim at wider engagement through social networks and also embracing technological innovations to direct your messages closer to the audience.

Late Monday, I deleted everything in my Taobao shopping cart -- but only because I wouldn't be back in China for a long time. To fulfill my desire for shopping, I'll have to give Amazon another chance next Prime Day. 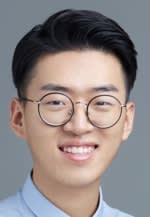 Zeyi Yang is a journalist and researcher based in New York. He writes about immigration, race, LGBTQ issues and everything related to China.