Amid rising US protectionism, Asian currencies must take their places alongside dollar U.S. President Donald Trump's protectionist policies are spawning responses across the world. Increased regional trade cooperation is high on the agenda. But one approach needs more focus -- the diversification away from the U.S. dollar, not least in energy trading.

The U.S. dollar has for decades been the dominant reserve currency linking the U.S. economy closely to the world economy. The oil-exporting Middle East and manufacturing exporters such as Japan, Germany and later China have financed U.S. fiscal deficit through purchasing U.S. Treasury securities with their trade surpluses. In return, the U.S. has provided security as well as the largest markets for oil and manufacturing goods.

As a result, U.S. monetary policies, in particular interest rates generally matched what the rest of world required. But strains started appearing long ago. Too lax U.S. monetary policies in the early 1970s left the world awash with U.S. dollars, the Bretton Woods fixed exchange system became unsustainable by 1973 and U.S. trade and budget deficits ballooned in the 1980s. Still, the growth of financial markets backed by the U.S. dollar continued to facilitate expanding international trade and global economic activity.

When the global financial crisis broke out in 2007, major central banks enacted a series of monetary easing policies. The resulting low-interest-rate environment and surging oil price encouraged investment into oil and natural gas. The U.S. shale revolution then completely changed the industry. U.S. oil production has risen above 1970 levels and the country has become independent of oil from the Middle East.

Thanks to the shale revolution, it is possible that the U.S. economy will become self-sufficient in energy and reduce its debt issuance. The revival of manufacturing has also become a major political agenda item in the U.S. In other words, the U.S. has come to require less free trade and more protectionism. These economic shifts underlie Trump's push to protect his country from foreign influences.

However, free trade remains crucial for other countries, especially those which mainly export or import oil. This contradiction can be seen in growing tensions between the policies of the U.S. and its major trading partners.

The U.S. had a relatively high interest rate during 1970s and 1980s when Paul Volcker, then chairman of the Federal Reserve, fought inflation. Back then, the U.S. produced relatively large volume of oil from conventional wells adding to inflationary pressures. 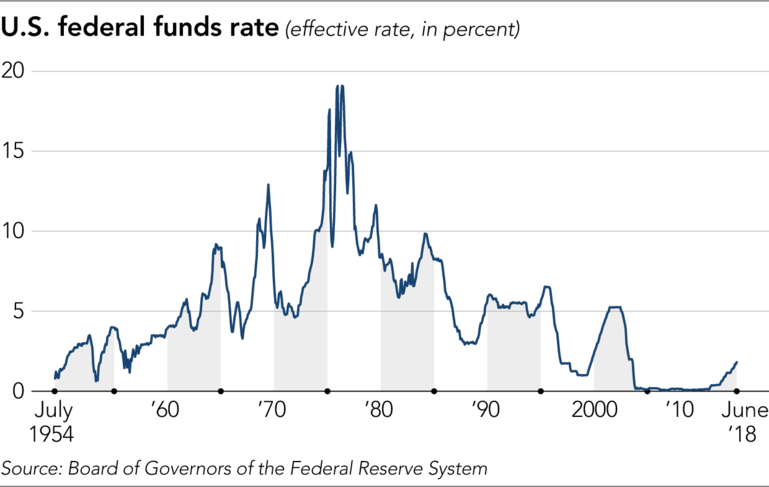 With protectionism in the U.S. rising and petrodollar recycling no longer matching American interests, major challenges arise. A rise in U.S. interest rates brings repatriation of the dollars circulating in the world, leading to lower liquidity.

The vulnerability of emerging markets was exposed in the Asian financial crisis in 1997. Ten years later, overdependence on the dollar was a root cause of the global financial crisis in 2007. Today we see signs of negative effects in emerging markets even as the Fed is cautiously raising rates again, taking steps toward normalizing monetary policy.

The breakdown of the twin engines of the global economy -- globalization and petrodollar recycling -- now makes it urgent for the world to diversify away from the greenback.

China and Japan should continue to finance the U.S. fiscal debt as it is not in their interest to sell and liquidate their U.S. Treasury holdings hastily. But both countries can use their U.S. Treasury holdings to back the usage of their currencies in the world to provide liquidity and capital. In particular, Japan can provide capital as it requires less foreign direct investment than emerging economies such as China, and it is the world's largest holder of net foreign assets and controls one of the biggest foreign exchange reserves.

Multilateral institutions such as the Asian Development Bank and the Asian Infrastructure Investment Bank should provide more loans denominated in Chinese yuan or Japanese yen to support industrialization and especially infrastructure investment in developing economies as the World Bank and the International Monetary Fund did after World War II by providing capital and liquidity in U.S. dollars.

China and Japan should allow the rest of the world, in particular, the Middle East to accumulate their currencies. To this end, both countries should further develop offshore currency markets and deregulate their equity and debt markets so that foreign companies can raise capital by tapping into excessive savings that corporate and household sectors have accumulated.

Lastly, to replace the dollar as the lifeblood of the world economy, a multicurrency trading system in energy must be developed to match currency and trade flows. While the U.S. is expected to become a net energy exporter in the near future, China and Japan are heavily dependent on energy imports. Therefore, the yuan and the yen must be used for energy trade settlement. Furthermore, derivatives based on dollar-based oil prices such as Western Texas Intermediate are used to hedge against the U.S. dollar. New oil and natural gas-based instruments denominated in yuan and yen must be developed as alternatives.

Taken together these proposals would help diversify energy finance and contribute to rebuilding the global financial system for a new post-dollar era.

Tomoo Kikuchi is a visiting senior fellow at the S. Rajaratnam School of International Studies, Nanyang Technological University, Singapore. Yohei Tanaka is a lead economist and a deputy manager at the America and Africa Project Division, INPEX, a Japan-based oil and gas exploration and production company.