Asia's economies must learn to accommodate rise of robots

Technology can complement humans but it can also eliminate their jobs 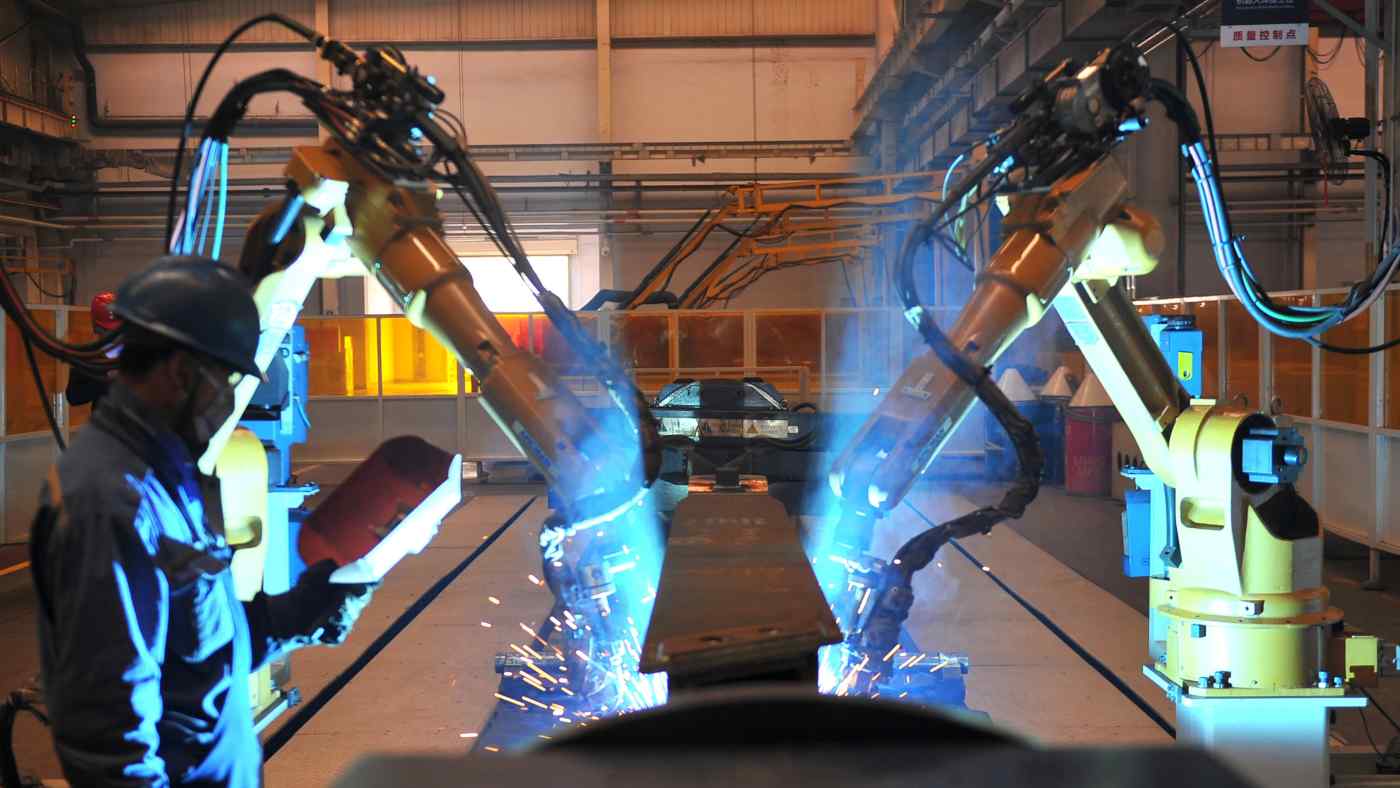 A worker stands next to robotic arms in a factory in Zhangjiakou, China: robots often supplement and support humans rather than replace them.   © Reuters
CopyCopied

Foxconn, the world's largest contract electronics manufacturer which formally trades as Hon Hai Precision Industry, has constantly reiterated its plan to automate all repetitive tasks in its factories by deploying over one million robots. This will come on top of the 60,000 human workers already replaced in Foxconn factories with robots since 2016. Japan construction contractor Shimizu has invested more than 3 billion yen ($28 million) in robots over the same period.