A rooftop bar in Bangkok: those two decades of convergence began to look more like an unusual exception.   © VWPics/AP
CopyCopied

Brace yourself for a new wave of hype about growth in Asian emerging markets.

India looks set to expand by at least 10% during 2021. China should hit 8%, while the region's developing economies as a whole will come in at around 7%, according to the Asian Development Bank. After all the horrors of COVID-19, it seems as if the boom times will soon be back once again.

Not so fast. For starters, this post-pandemic spurt is mostly a bounce-back from the ongoing pandemic slump, marking little more than a return to where most economies were prior to introducing lockdown measures. But there are more profound factors at play too, suggesting that a new period of rapid post-pandemic expansion in developing nations is unlikely.

This all boils down to the question of convergence, one of the most important and puzzling issues in development economics. Theory suggests poorer countries will gradually converge with richer ones, meaning their growth rates should be higher as they catch up to their more advanced competitors. Awkwardly, in practice, this often turned out not to happen. For most of the 20th century, emerging markets struggled with problems of debt, inflation and currency instability, and generally grew more sluggishly than advanced economies.

Interestingly this convergence pattern turns out to have been true not just for poorer countries but also those in the middle-income bracket, despite worries among policymakers that rapidly growing poor nations often stagnate when they hit middle-income levels. In fact, this group actually converged fastest of all, making debates about a middle-income trap appear "anachronistic," as the authors put it.

So much for the good news. The question now is will this promising pattern of convergence continue in the post-pandemic era -- and here the omens are rather less positive.

Even prior to COVID, there was good evidence that convergence patterns had ebbed in the decade following the 2008 financial crisis. Where once globalization powered rapid export-led growth, now a wave of de-globalization began to act as a drag on many emerging nations. China's slowing economy was a particular problem, hitting both commodity exporters and neighboring Asian nations alike. Those heady two decades of convergence began to look more like an unusual exception, not the rule.

Predicting the future is always fraught, but globalization at least seems unlikely to move rapidly ahead post-pandemic, following recent sharp reductions in movements of goods and people. Worsening geopolitical tensions between the United States and China are unlikely likely to help either, given that they make it harder to move forward with the kind of trade deals and liberalization measures that underpinned globalization's rise.

This broader pattern could then be worsened by political choices in major emerging economies. China's "dual circulation" push to wean itself off American technology imports is one example. India's recent inward turn, replete with new tariff restrictions and talk of self-reliance, is another. Eventually, this all adds up. "If we get more de-globalization, then catching up will almost certainly be slower," says Arvind Subramanian.

This picture is not clear-cut. Emerging economies in much of Asia are still better-placed than those in other regions, for instance, Latin America. The likes of Thailand and Vietnam performed well during the pandemic, and are also likely to benefit as global manufacturers diversify beyond China, moving more production to South and Southeast Asia. China's growing consumer economy could help too, sucking in imports from neighboring countries and helping to spur their development. 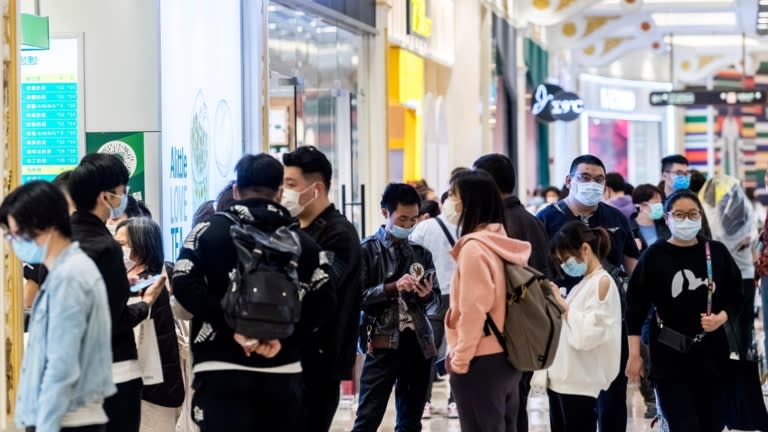 Convergence is also a race between poorer countries and richer ones, with the latter group hardly looking in pristine shape after the pandemic. Industrialized economies combated COVID with lavish stimulus spending, leaving them to cope with huge new debt piles even as they grapple with issues like aging populations. By contrast, emerging markets responded with less spending and more reforms, a point made recently by author and investor Ruchir Sharma, an optimist for future emerging market growth.

Still, on balance, the outlook seems challenging. The global economy is becoming more sophisticated, shifting trade patterns away from intensive manufacturing and toward digital services. Automation reinforces this pattern, reducing the cost advantage of nations with plentiful cheap labor and favoring richer economies with more skilled populations. This makes the rapid export-led growth path that propelled catch-up growth during the 2000s harder to follow. In the long-term, there are other problems too, as emerging markets struggle with everything from poor education systems to the climate crisis.

This does not mean convergence will stop entirely, or indeed go into reverse. Gradual catch-up in many cases is still likely, albeit with a much wider spread of performance between the best emerging markets and the worst. But it does mean there is little chance that poorer nations as a group will return to the kind of gravity-defying growth many took for granted prior to the financial crisis. Enjoy the emerging market growth spurt of 2021 while you can. It is not likely to last.