Cathay, Singapore and Korean have all slashed capacity as travel bans take effect 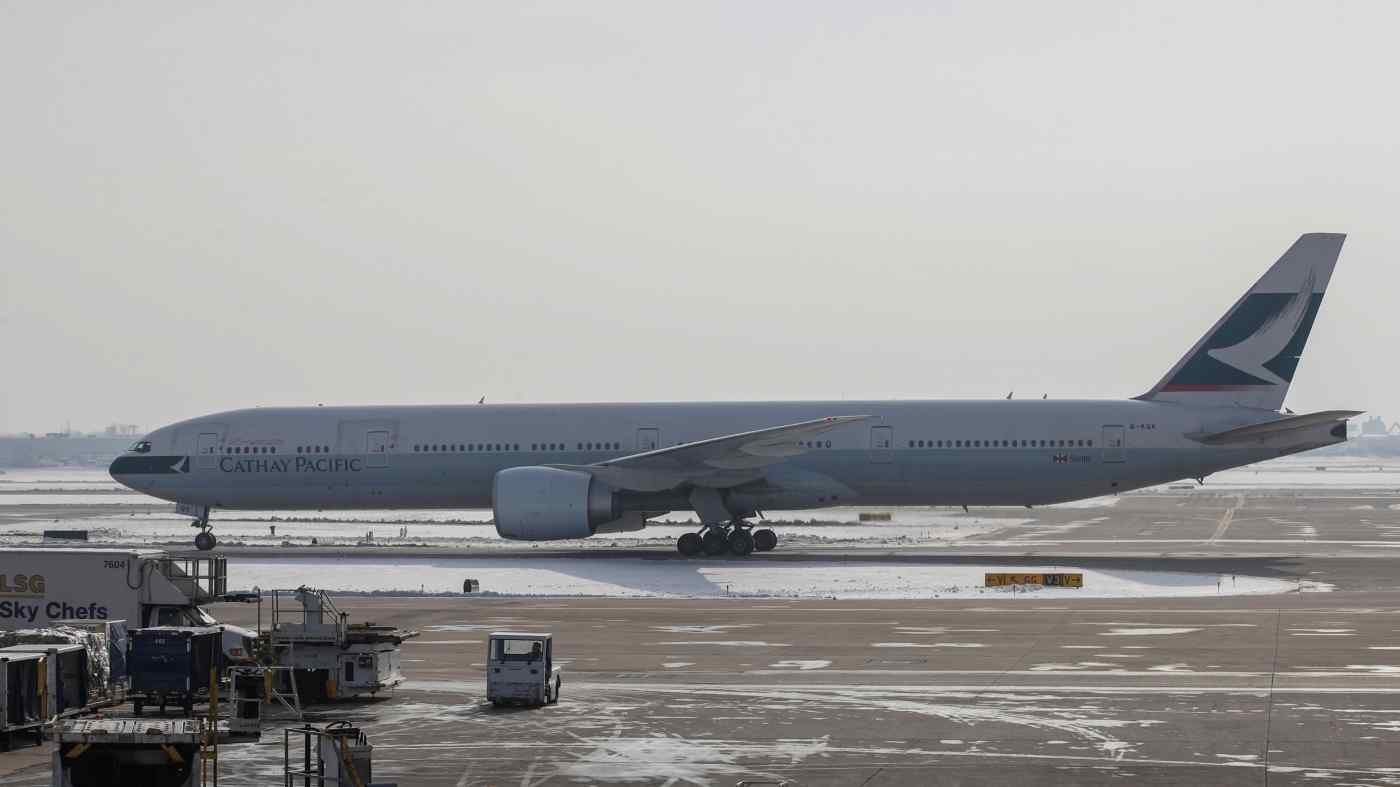 The coronavirus has been a human tragedy and is now also an economic disaster, and airlines have been among the worst hit industries.

Initially, the main concern for Asian airlines was their exposure to China-based traffic, but this turned into a regional issue as more countries enacted border barriers. The latest U.S. and European restrictions have decreased traffic even more.

All these restrictions have caused large, rapid drops in both casual and business travel and pushed many airlines to cut capacity by half or more. These significant drops include Cathay Pacific's cut of 65% in March and 96% in April, Singapore Airlines' 96% and Korean Air's 80%.

As Korean Air's president Woo Kee-hong noted in a memo, "If the situation continues for a longer period, we may reach the threshold where we cannot guarantee the company's survival."

Some airlines have already failed. Hainan Airlines, struggling for months now, was tipped over into government control by coronavirus. Indeed, industry group IATA has estimated global airlines' revenue will fall by $252 billion compared with 2019, down 44%.

The Asian airline industry is now in dire shape; it needs both short-term support from governments and industry consolidation if it to stand a chance of surviving the shock.

Even before the crisis, many Asian airlines had marginal performance at best given the region's intense competition. There are several large airline conglomerates, like Qantas, with differentiated brands and strategies that overlapped markets, which squeezed smaller players.

Airlines must settle on a sustainable operational plan, and fast. Their immediate need is to reduce costs drastically while increasing cash balances through equity or debt capital raises and selling or borrowing against assets with financial engineering and other creative means. United Airlines has recently drawn down separate $2 billion and $500 million terms loan from banks and Air France-KLM Group has drawn down the entire unused 1.1 billion euros of its revolving credit facility.

Cathay Pacific recently concluded sale and lease-back transactions on six of its Boeing aircraft, which raised $700 million. In addition, airlines should open dialogue with their financiers and aircraft lessors to find ways to manage some of their exposure. It is in no one's interest for them to default.

There is no doubt that airlines, especially smaller ones, will fail. Most likely, their planes and routes will be taken over by rivals in a frenzy of consolidation, which reduces costs for the survivors through efficiencies of scale and makes attracting capital easier.

There is one unexpected factor working for airlines in all of this: the significant and sudden fall in oil prices from $59 in mid-February to $26 late last week after the Saudi decision to increase output substantially. Fuel is airlines' top operating cost, representing up to 40% of expenses in high oil price environments.

But of course oil is also an indicator for the overall economy so this fall has increased uncertainty and decreased demand for travel. In addition, airlines may face large losses from oil hedges. Airlines have historically been poor fuel hedging performers; they should cut their losses now and not use these instruments in the future. Beyond the airlines, governments and central banks must step in.

The U.S. government has already provided a positive example. U.S. airlines received $61 billion in support, half in cash grants, half in medium-term loans, from the recent stimulus bill and President Donald Trump has said he entirely supports them: "We're going to back the airlines 100%. It's not their fault."

Whether this enthusiasm extends to the airline's leasing companies and financiers is another question.

The Asian airline industry, alongside global airline marketing alliances like Oneworld and Star Alliance, needs to aggressively and collectively make the case for more short-term stabilization benefits, such as loans or lowered takeoff and landing fees, to its governments. China, Korea and others have already implemented some of these.

The EU has responded by temporarily suspending the rules governing the usage of peak-time slots at airports. Normally airlines must use or lose these rights to takeoff and land, which led some to fly empty airplanes just to keep them, both a financial and an environmental disaster.

Airlines should demand steps from regional governments to ensure a fast recovery when the virus subsides, such as route flying incentives and lowered tax levies on operations, especially those that are explicitly or indirectly passed on to passengers' tickets.

Even Asian airlines need to look to the U.S. too as airline assets and liabilities are mostly denominated in dollars. The Federal Reserve's cut in interest rates to near zero will assist many airlines around the world both on their existing floating rate liabilities and newly issued dollar-denominated debt.

In the aftermath of this virus, the industry will be left with fewer but larger players. Many of these larger players will be national carriers and, through consolidation, will have a larger portfolio of airline brands catering to different segments. Eventually, perhaps, smaller airlines will sprout up again.

But without immediate support, there is no telling how many will survive. David Yu is a finance professor at New York University in Shanghai. He specializes in cross-border investing and financing and particularly in aviation finance and leasing.