Asian wealth -- how not to lose it Asian wealth is now only exceeded by North America's. Financial investments and real estate held by Asian millionaires now totals over $20 trillion and growing at around 20% a year. According to data from Capgemini SE, almost 2,000 new Asian millionaires are minted every day.

Every new name increases the challenges of preserving and growing this wealth - and the potential opportunities in managing these assets.

Asian wealth is highly concentrated amongst a small group of dynastic families, often interconnected by marriage and business relationships. It was built around real assets, especially operating businesses. Its origins are often controversial, frequently tied to political connections. The region's rich might see themselves reflected in John D. Rockefeller's telling observation: "I have ways of making money you know nothing about."

Responsibility for managing this wealth is moving to children and grandchildren of the original entrepreneurs. Lacking the appetite for real businesses, they have, to varying degrees, preferred to cash in the chips and become rentiers living off their investments. While such a generational transition is not uncommon, it requires different skills.

Despite often touted arguments about superior Asian values, the regional rich have embraced the private wealth management schemes peddled by Western banks who dominate the sector. The rapid growth in the wealth management industry, growing numbers and high remuneration for private bankers and investment managers attest to this evolution.

But the selection process of advisers is poor, with indifferent due diligence. Professionally- managed family offices to invest wealth are underdeveloped in Asia. Aged, autocratic patriarchs and their successor princes and princesses find it hard to relinquish control or heed good counsel. Even Singapore's well-regarded sovereign wealth funds have found it difficult to attract and retain the best and brightest foreign talent, evidencing the problems.

The investment environment is also not propitious. Asset prices are inflated in the "everything boom." Low or negative interest rates and abundant liquidity mean that too much money is chasing too few deals, stretching valuations. Asian investors, like their global peers, face the prospect of low returns and high risk.

Asia has seen several cases in recent years of alleged inadequate disclosure, poor governance, falsification of information and audit failures. Examples include: in Japan, Kobe Steel, which admitted falsifying data, in China, China Aviation Oil which suffered losses of $550 million in derivative trading, in Hong Kong, Hontex which allowed materially false and misleading information to be included in its prospectus and in Singapore, China Yongshen, which failed to disclose the acquisition of a significant land parcel until queried by the Singapore Stock Exchange.

Investment assumes diversity across asset classes, geography and strategies. This has diminished in a "risk-on risk-off" world dominated by momentum investing based on FOMO (fear of missing out). Government and central bank intervention distort returns, volatility and correlation between assets. It encourages crowded trades, with clustering of high frequency trading and index funds in the same investments or strategies.

Under these circumstances, Asia's wealthy must choose between safety and attendant subpar returns or assume more risk investing in more complex but higher-yielding instruments. For Asian investors, an additional complication is that local markets are small and illiquid forcing people to invest overseas, with currency risk and in unfamiliar conditions where they lack a competitive edge.

Safety conscious investors have embraced fixed income. Given the pitiful returns available on local bank deposits and high-quality bonds, they have branched out into foreign high-quality securities and structured products designed to provide modest income. In 2008, "secure" securities and structured products, such as Mini-Bonds and well-rated asset-backed securities, left Asian investors with large losses. Disputes and litigation between banks or wealth mangers and their clients about some of these losses are ongoing

The more aggressive wealthy have invested in traditional Asian areas of interest such as property worldwide. They have embraced private equity, venture and startup capital, high yield debt, hedge funds and exotica offered by banks and asset managers. Some espouse "passion investments," covering the gamut from gold and precious metals to art and vintage cars. As a character in Crazy Rich Asians, the hit Hollywood film, reminds us, regional investors have never quite moved beyond a reliance on flipping real estate and short-term stock trading on hot tips.

Interestingly, the wealthy in advanced economies have moved from financial investments to real operating businesses. Before 2008, wealth, outside of any family business, was largely invested in traded equities and bonds. Today, wealth is often invested in a mixture of operating businesses structured as private equity deals, income-producing commercial and residential real estate, private lending, infrastructure and alternative assets. Wherever feasible, investments are undertaken directly rather than through a fund. The shift reflects disillusion with distorted public markets, price manipulation, the lack of transparency and expensive but not always well-performing fund managers. Asia's wealthy are adopting traditional investment templates and asset allocation disciplines just when they are increasingly discredited elsewhere.

It takes a short time to make a fortune but a long time to learn how to preserve it. There is a history of Asian wealth being dissipated, dating back to the unhappy experience of Japanese international investments in the 1980s.

One option for rich business people would be to return to the grind of building wealth in operating companies, that is, real rather than financial engineering. For families that prefer passive investment, a focus on private direct investments, following the lead of the wealthy in advanced economies, may be preferable to conventional financial investments. Asia's wealthy may find that they have to worker harder than they expected to manage their extraordinary riches. 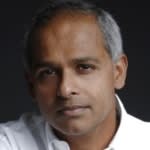 Satyajit Das is a former banker. His latest book is "A Banquet of Consequences" (published in North America as "The Age of Stagnation"). He is also the author of "Extreme Money" and "Traders, Guns & Money."