Canceled submarines were no longer fit for purpose 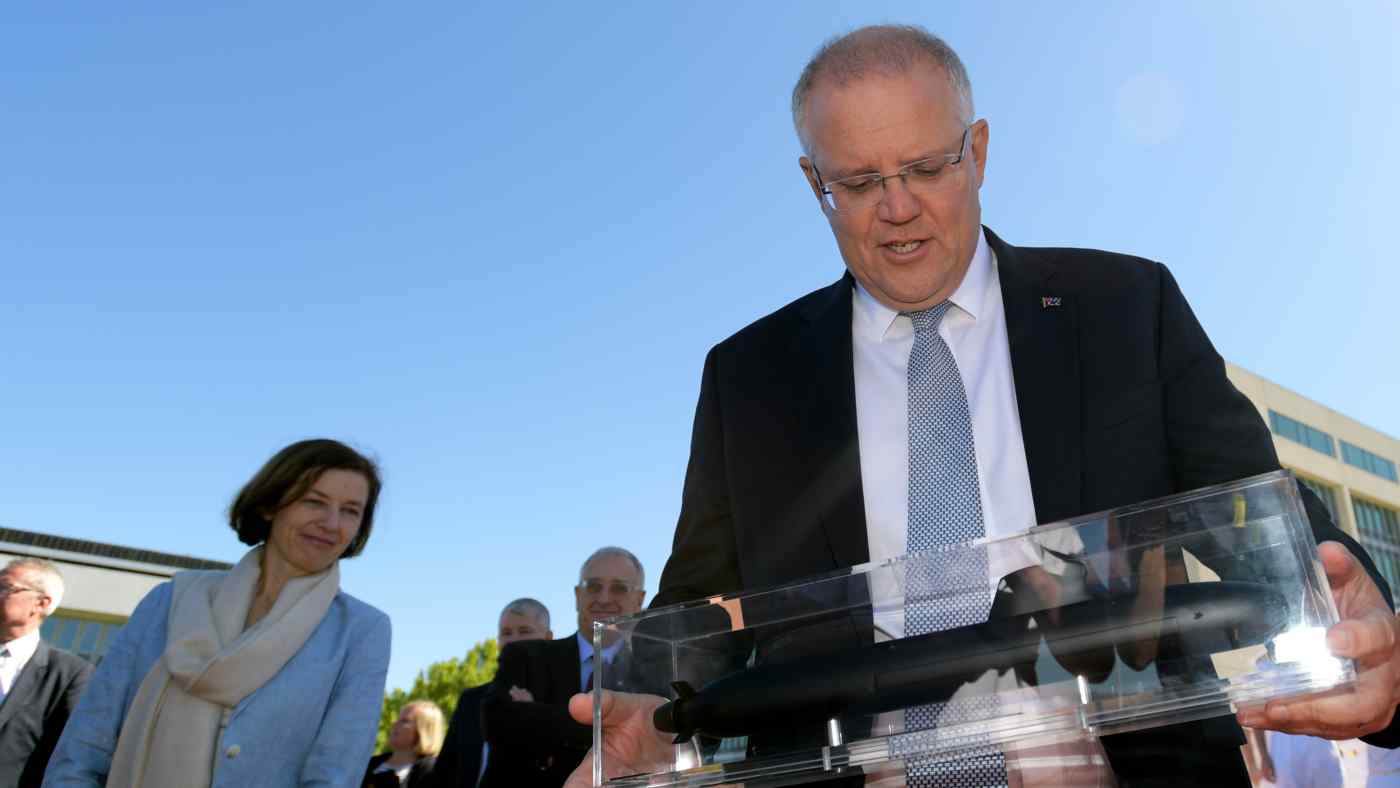 Scott Morrison looks at a model of submarine after signing a Strategic Partnership Agreement with France in Canberra in February 2019: France's submarines were no longer fit for the purpose of defending Australia.   © Getty Images
CopyCopied

Treason. Duplicity. A stab in the back. A breach of trust.

These are just some of the colorful ways in which French officials have described Australia's decision to cancel a 2016 deal to build 12 conventional-powered submarines in favor of at least eight nuclear-powered submarines supplied by the U.S. and the U.K.

On the surface, French outrage -- which saw President Emmanuel Macron recall his ambassadors from Australia and the U.S. -- appears justified. After all, a deal is a deal.

But when one considers the problems that have plagued the failed submarine project from the outset -- a $30 billion cost blowout, endless delays, dubious commitments to meet local content requirements -- you might find your sympathy for the French starting to melt away.

And when I think of all the Australians who died defending France in two world wars last century, I start feeling more than a little annoyed at the arrogant ingratitude of a nation that has never lifted a finger to come to Australia's aid in battle. Do not get me started on the billions of dollars pried from Australian farmers by European agricultural subsidies largely driven by France.

During World War I, a conflict that posed no immediate threat to the Antipodes, 295,000 Australians volunteered to go and fight on the Western Front. One in five never returned home, including 53,000 who perished on French and Belgian soil. Another 152,171 Australians were wounded, many more than once.

How did the French thank Australian war widows and Australian children who grew up without fathers after World War I? By charging them to build monuments for their dead. Some even profited through kickbacks.

"In return for Australian financial assistance, we make this offer," the mayor of the French town of Steenwer wrote to Australia's Governor-General in 1920. "We will take care of the remains of your gallant soldiers and will consider it an honor to tend the graves and ornament them with flowers."

Two years later, when an Australian veterans fund asked the mayor of Villers-Bretonneux Dr. Jules Vendeville how their savings could be used to commemorate the 2,473 Australian soldiers who died defending the French commune, Vendeville proposed the construction of an abattoir.

To this day, the French national history curriculum does not mention Australia's involvement in France during WWI, according to Adelaide's Flinders University.

During World War II, another 40,500 Australians gave their lives defending France and other European allies against the Nazi war machine and French turncoats who formed the Vichy puppet government. But how many French soldiers have died defending Australia? Not one.

Fast-forward to 1973, when Australia and New Zealand, which lost 16,000 soldiers in France during WWI, were forced to institute costly proceedings in the International Court of Justice to halt French nuclear tests in the South Pacific.

That did not stop France from carrying out nuclear testing in the Pacific for another 22 long years, the coup de grace being Operation Satanique, the sinking of the Greenpeace flagship the Rainbow Warrior in New Zealand by the French foreign intelligence service that resulted in the death of a photographer who was sleeping onboard the ship. 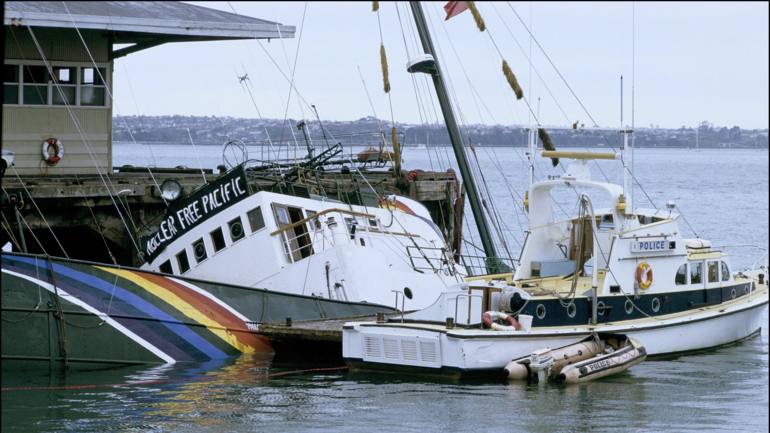 The Greenpeace flagship the Rainbow Warrior is sinking in the port of Auckland in January 1985.   © Gamma-Rapho/Getty Images

"I have to tell you that was pretty devastating for a lot of farmers in Australia," British Prime Minister Boris Johnson said in June after Australia and the U.K. signed a free trade agreement to correct that historic wrong. "They committed suicide, some of them, in the face of what happened to Australian agriculture in the seventies."

So why did Australia cancel the submarine contract with France? China's vociferous opposition to the enhanced trilateral security partnership called AUKUS says it all.

The truth is Beijing does not want Australia to get its hand on nuclear-powered submarines that can hide underwater almost indefinitely. Put simply, France's submarines were no longer fit for the purpose of defending Australia against China's burgeoning military expansion in the Asia-Pacific.

There were other problems too. French and Australian staff based in Adelaide where the submarines were to be designed and built were not getting along, with the Australians stunned to see the French take a month of paid leave in August for la rentree, the traditional French summer holiday period, while the French were equally nonplused by the Australians' insistence on being on time for meetings.

All of this added to constant delays. Last year, the French demanded a 15-month extension to deliver the design, leaving Australia with nothing to show after blowing $400 million of taxpayer money. The percentage of Australian-made components on the submarines also had to be scaled back to avoid even longer delays.

Citing these facts, Australian Prime Minister Scott Morrison rejected claims that the French were shocked with the recent decision to ax the 2016 deal. "I think they would have had every reason to know we had deep and grave concerns that the capability being delivered by the French submarines was not going to meet our strategic interests," he said.

French claims of astonishment are so preposterous that they bring to mind Captain Louis Renault's famous line in the 1942 film Casablanca about being "shocked, shocked to find that" there was gambling going on in Rick's Cafe.

Like a petulant child, France is now on a path of revenge, enlisting support among its neighbors to torpedo a planned free-trade deal between the EU and Australia, claiming Canberra cannot be trusted. And the French will probably get their way. I mean, with friends like these, who needs enemies?