Beijing will punish Canberra for its stubborn refusal to take action 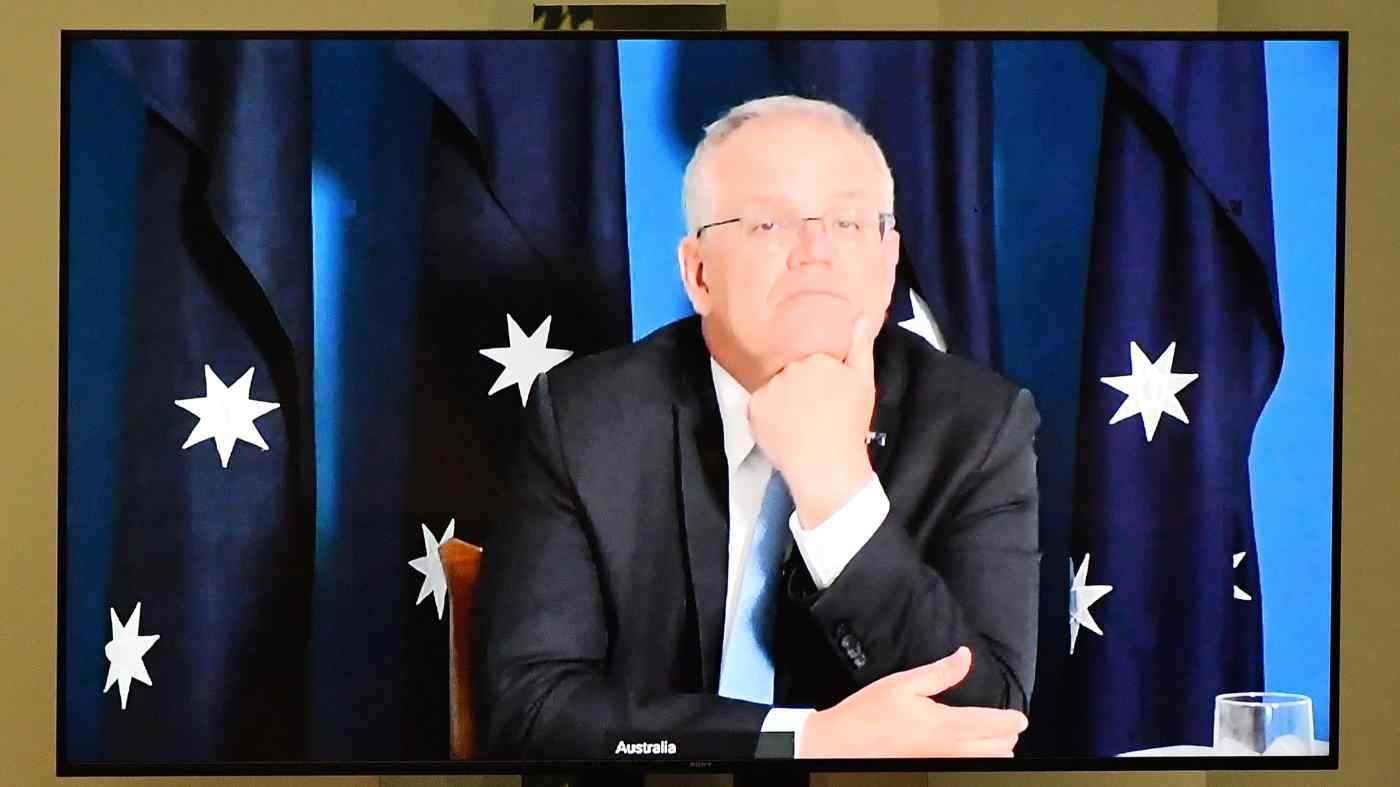 Australia's leaders may be in denial about climate change -- quoting incomplete science and uncertainty about the linkage between carbon concentration and extreme weather. But it is going to be much harder for them to deny the immediate reality of political and economic action being taken by the country's key trading partners.

Australia is looking lonely. Over the last few months, each of the world's significant economic powers have committed themselves to action on climate change. In July President Xi Jinping surprised the world by announcing that China would achieve carbon neutrality by 2060.

In October President Moon Jae-in announced that South Korea would move toward the same goal by 2050. The commitment was echoed by the new Japanese Prime Minister Yoshihide Suga. These announcements brought the key Asian economies into line with the EU and the U.K.

And in November U.S. President-elect Joe Biden used his first policy announcement to commit his administration to rejoining the Paris climate agreement.

All that leaves Australia standing out as the last significant developed economy in the world that refuses to set a target for the removal of emissions and the transition to a low carbon economy. Australia continues to build new coal-fired power stations and to promote a shift to natural gas rather than renewables.

To be sure, many of the pledges being made around the world are vague, and none are backed by a full and realistic plan setting out how zero carbon will be delivered. But the direction of change is clear and is beginning to be supported by serious regulation and backed by public and private investment

In the U.K. Boris Johnson's government announced in November that no more internal combustion engine cars will be licensed after 2030. Germany has committed nine billion euros to the development of a hydrogen economy. China has begun to reduce emissions from its heavy industries and is the clear global leader in the development of battery technology.

The inconvenient truth for Australia is that the countries which are beginning to take action are its major trading partners. None are likely to accept that they should bear the costs of the change they want to see while continuing to do business with a country that defiantly believes it can stand aside.

This is particularly dangerous for Australia given the hostility of China over security issues which has now been extended into a trade dispute. Australia's leverage in such conflicts is minimal. China can easily replace Australian wine imports with supplies from numerous other producers eager to sell into a rapidly growing market. Australia will find it harder to find alternative buyers for its produce. Isolation would be far from splendid.

Canberra seems unlikely to abandon its almost religious belief in hydrocarbons, but not everyone shares that faith. Across Australia, different states have adopted radically different policies. While Queensland and New South Wales are lagging, 52% of all power generation in South Australia last year came from renewables. In Tasmania, the figure stands at 95%. Across the country, renewables now provide one quarter of all power supplies. A wind turbine at Hornsdale Wind Farm in Adelaide, pictured in September 2017: 52% of all power generation in South Australia last year came from renewables.   © Getty Images

The actions already being taken are also starting to build significant technical activity and skills which could give Australia not just a very different energy mix but also the chance to compete in the growing market for low carbon products and services. It will be hydrogen derived from brown coal mined in the Latrobe Valley east of Melbourne using carbon capture and storage technology will help Japan meet its decarbonization targets.

Even Australia's private sector is well ahead of the federal government in acknowledging that the world is changing. With huge potential for solar and wind and the possibility of using advanced grid technology Australia would find it easier to decarbonize than many other countries across the world.

The question now is one of timing. The transition to a lower carbon economy is beginning in Australia and will continue to accelerate, but the official stance lags behind the changing reality. Halfway through a three-year term after his surprise election victory 18 months ago, Scott Morrison appears unlikely to change course on an issue with which he has become so clearly identified.

Next year's major climate conference to be held in Scotland will force the issue by focusing on attempts to establish a new level of binding international commitments. With the U.S. and China on the same side of the argument, a significant outcome is possible, leaving Australia outside the tent and vulnerable to new trade policies such as the EU's planned carbon border adjustment mechanisms which in straightforward English means tariffs on those who fail to meet European environmental standards. By this time next year we should know whether Australia is ready to join the world's new consensus.