From beef to peaches, Beijing is keen on Australian exports 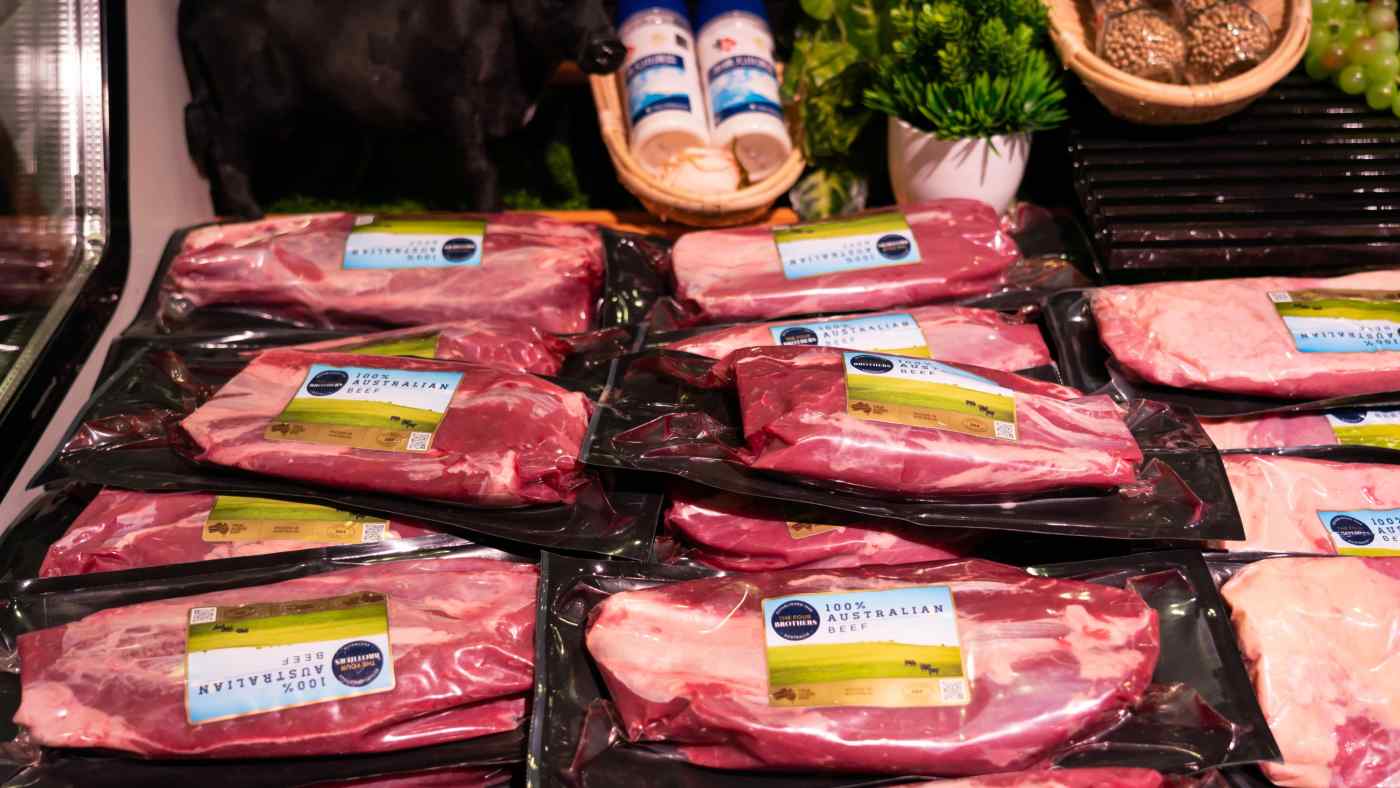 Australia and China have a deep and positive agricultural relationship, from beef and milk to peaches and plums. In the four years since the entry into force of the China-Australia Free Trade Agreement, or ChAFTA, access for Australian agricultural goods to China has expanded greatly.

This expansion has been spread across nearly all commodities. Australia's beef and veal exports to China have more than doubled -- valued at $1.75 billion last year. Dairy has enjoyed similar growth, with Chinese consumers now eating and drinking their way through about $1.24 billion of Australian dairy each year. And our wool producers send about three-quarters of their output to China.

That is why some commentators have expressed concern about the freshly-signed China-U.S. trade deal, which will mean increased competition for many of Australia's main Chinese exports. It might seem strange, however, but Australian agriculture sees fair competition as largely positive. We have long competed on international markets and will continue to do so.

Aussie farmers prioritize food which is not only high in nutrition, but which is produced in a safe and sustainable manner. They take great pride in providing for discerning consumers -- in China and elsewhere.

The Chinese market's growing familiarity and preference for many Australia-grown goods, coupled with the reduction in tariffs locked in under ChAFTA, means the relationship between Aussie farmers and Chinese consumers is well established.

Growth in the past four years comes on the back of Australian produce's enviable reputation in the Chinese marketplace. Our red meat and dairy products are well-regarded as premium products. More than 50% of Australia's stone fruits exports -- nectarines, peaches and plums -- go to China, while Australia's burgeoning nut industry owes much of its success to insatiable Chinese demand.

Australia already competes with the U.S. and countries such as Canada, Argentina and Brazil for market share in commodities like red meat and dairy, and also horticulture, grains, cotton, wool and wine. Our farm sector exports 75% of what it produces.

Under the terms of the new U.S.-China agreement, the U.S. has secured the abolition of significant non-tariff barriers, including China's recognition of the U.S.'s red meat traceability systems and certification of dairy systems. The Chinese government has said its other trade partners will not suffer as a result of this deal, so we look forward to China extending similar recognition to Australia's systems.

What underpins my confidence in our sector is its solid economic grounding, the presence of global trade rules and Australia's broad spread of trade deals.

Australian farmers are among the least subsidized in the world. We have the business acumen, entrepreneurial spirit and deep understanding of the land which enables us to stand on our own two feet in the global market. For a country with a relatively small population, we are remarkably successful. To maximize the benefits of this repertoire of skills, we depend on open, competitive, rules-based trade. Australian farmers are among the least subsidized in the world.   © Fairfax Media/Getty Images

Rules-based trading systems help to reduce market uncertainty -- a prerequisite for building long-term and strong customer relationships. The tensions between China and the U.S., and any resultant potential departure from the World Trade Organization's rule-based order, create uncertainty -- to say the least.

Australia's agricultural interests, and those of many other nations, are advanced when trading countries abide by the established and proven rules of the World Trade Organization. The new U.S.-China trade deal is a step toward greater market certainty -- but there is still some way to go.

The National Farmers Federation, with the Australian government and our industry colleagues, continues to work hard to secure improved access and fairer trade rules across the world for Australian farm produce.

Demand for Australian food and fiber from a wide variety of markets and regions outside China remains strong. We continue to build a diversified market-base by nurturing relationships with old friends including Japan and South Korea, as well as exploring new partnerships.

What we want to see are more and improved trade deals. The NFF continues to call for the Indonesia-Australia Comprehensive Economic Partnership Agreement to be implemented as soon as possible. We also call for the Australian government to deliver an E.U. trade agreement that achieves major new market access for Australian agricultural goods.

And we look forward to engaging with the U.K. as it enters a new era of an independent trade policy and the new trade relationship with Australia this offers. The NFF is also working with the government to explore new trade and investment opportunities with India -- a market of 1.3 billion people.

We want to see improvements to existing trade agreements that further reduce barriers and facilitate trade and investment.

While the U.S.-China phase-one deal will present short-term challenges for Australian agricultural exports to China, these are challenges we've met before and overcome.

Fiona Simson is the President of National Farmers Federation -- the peak body representing Australian farmers and agriculture. Fiona is a farmer on the Liverpool Plains, in northwest New South Wales, where the Simson family produces Hereford cattle and grows cereal crops, pulses, oilseeds and cotton.